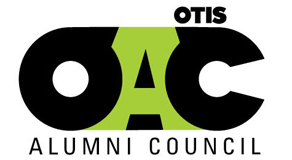 Launched in fall 2012, the Alumni Council represents the interests of our diverse alumni base with the principal goals of strengthening alumni connections with each other and to the College.

Kent Twitchell ('77 MFA Fine Arts) is one of the most respected and recognized outdoor urban muralists in the world. He has painted over 100 portraits within some 30 exterior murals across the United States including the Julius Erving Monument in Philadelphia; Los Angeles monuments to visual artists Edward Ruscha, Jim Morphesis, Lita Albuquerque and Gary Lloyd; and the L.A. Chamber Orchestra on three nine-story walls overlooking the Harbor Freeway in downtown Los Angeles. Portraits of John F. Kennedy and Ronald Reagan are included on segments of the Berlin Wall included in the Wende Museum’s Wall Project located on Wilshire Boulevard across from LACMA. His work is also shown in museums, galleries, books, movies, magazines and public spaces throughout the world. Twitchell was awarded an Honorary Doctorate from Otis in 1996.

Cynthia Vincent (’88 Fashion Design) began her Twelfth Street by Cynthia Vincent brand in 2002 after more than two decades of working in the fashion industry. She launched her previous brand, St. Vincent, in 1993, the same year she was awarded the Rising Star award. Twelfth Street became an instant hit among socialites and celebrities including Gwyneth Paltrow, Rachel Bilson, and Scarlett Johansson. In 2005, the designer expanded her Twelfth Street line to include shoes, belts and other accessories. Cynthia is currently serving as a mentor in the Fashion Design department at Otis.

Marco Rios (’97 BFA Fine Arts) is an artist who works in sculpture, photography, video, and performance. He received his MFA in Studio Art from the University of California, Irvine. His work has been exhibited at LACMA; Artists Space in New York; LACE (Los Angeles Contemporary Exhibitions); and Estacion, Tijuana, Mexico. Recent shows include Death's Boutique at the Yerba Buena Center for the Arts, San Francisco; Mixed Signals, a traveling exhibition organized by ICI (Independent Curators International); This is Killing Me, a group exhibition at MASS MoCA; a solo show at Simon Preston Gallery, New York; and most recently, Despair Beyond Despair, a solo project at LAXART, Los Angeles. In 2007, he was a recipient of the California Community Foundation Fellowship. In 2008, he was selected as one of the James Irvine Foundation Visions from the New California awardees, and in 2009 awarded an ARC grant from The Durfee Foundation.

Dolly Davis (’03 A/L/I) is Senior Project Designer at Fluidity Design Consultants and has recently returned to Otis as a teaching assistant in the A/L/I program. She holds a MArch degree from the University of Illinois at Chicago. At Fluidity, Davis develops water feature designs for projects such as the Hearst Tower, The Metropolitan Museum of Art, Dubai Festival City and the newly opened Grand Park in Los Angeles. Previous work has included designs at Urbanlab in Chicago for the Flood Death Valley research project and residential designs for OJMR Architects and R+D Architects.

Lilit Pilikian (’09 Product Design) is currently a User Experience Designer working in the Digital and Commercial Innovation department at Sony Pictures Home Entertainment. She previously worked for several years in consumer electronics where she designed accessories for music players, smartphones and tablets. Lilit has also served as Production Designer on films and commercials, creating sets, props, and wardrobe.

D. Camilo ('10 BFA Communication Arts) TALLWORKS' Creative Director, D. Camilo has been working in the worlds of marketing, advertising and graphic design for over eight years. Over her career, she's had the opportunity to work on projects for Google, Pepsi, Trident, AMP Energy, E&J Gallo Winery, Contiki  and the NFL. Working with different clients and agencies has allowed her to become fluent in a wide range of media while exploring new advances in design. D.'s success stems from her mindset to make work sellable,  professional and high-impacting. Following brand and design trends, translating concepts into full working visuals and creating pieces that help launch a new wave of public attention is what keeps her a passionate designer. .

Renata Marchand (’10 Fashion Design) is currently launching her own brand of children’s clothing called Petite Marchand. She previously worked as Designer for Innovation at Hurley where she was responsible for Phantom Protect, Hurley's Technical Outerwear Program, as well as design and technology for their wetsuits and board shorts, and oversaw brand collaborations. Marchand holds a BFA in Public Relations from the Fundação Armando Álvares Penteado in São Paulo, Brazil, and studied Film, Theatre and Television at UCLA.

Albert Valdez ('10 BFA Fine Arts/A.C.T.) is the Education Coordinator for the Los Angeles County Museum of Art’s OnSite School Program. As an active artist, he has participated with various organizations in facilitating community based projects and murals. His studio resides in Culver City where he participates in the monthly Art Walks.

Cole (C.W.) Moss (’11 Communication Arts) works as a storyteller and designer. He recently published the illustrated satire Unicorn Being a Jerk with HarperCollins, and the sequel Why Unicorn Drinks will be released January 2013. He co-curates the performance and installation gallery Mastodon Mesa. He is currently working to start a non-profit elderly outreach program called Graham.

David Russell ('11 MFA Public Practice) earned his B.F.A. in Painting/ Art History from the University of Tulsa.  He then completed his K-12 Art Education teacher licensure program at Metropolitan State College of Denver.  Russell received his M.F.A. in Public Practice from Otis College of Art and Design in 2011.  His thesis and work explores the modernization of the L.A. infrastructure, the politics of art in public space, ethical strategies of community engagement and alternative pedagogical strategies.  Russell is currently the co-executive director of MobileMuralLab, a mobile art space that focuses on mural education and production in Los Angeles. (www.mobilemurallab.com).