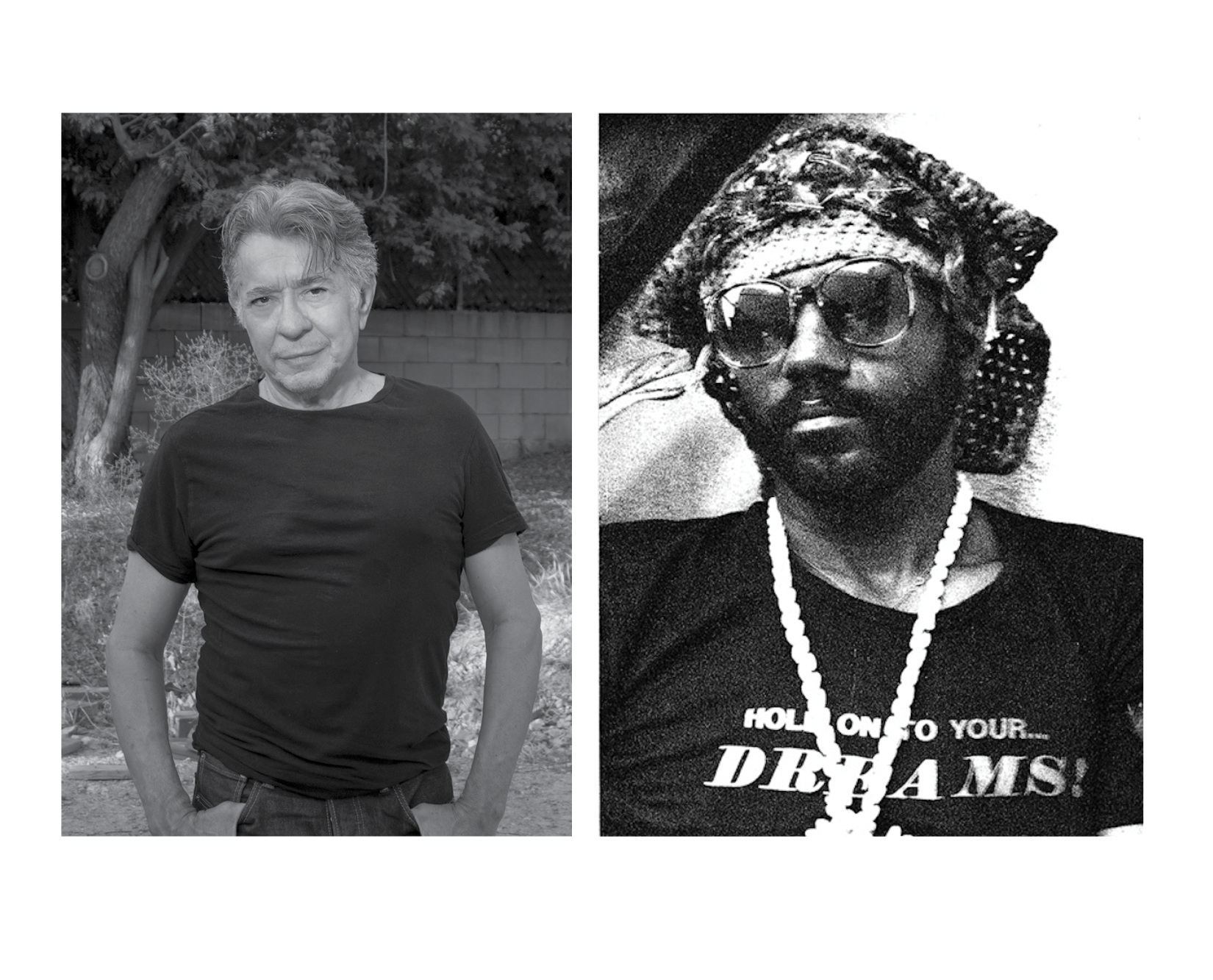 Painter and songwriter Eloy Torrez was born in Albuquerque, New Mexico. He grew up there and in Barstow, California, where he took his first art classes in junior college, then studied art at the then-named Otis Art Institute of Los Angeles. Since 1973 he has lived and worked in Los Angeles, creating an extensive body of work that includes studio paintings, public art, and music compositions. His body of paintings and murals is a manifest of life in Los Angeles and a tribute to its people.

Torrez’s awards include the 2009 C.O.L.A Award, the 2004 California Community Foundation Grant, the 1995 Brody Fellowship for the Humanities, and the Hollywood Arts Council “Charlie” Award for Public Art. He is also a recipient of several artist residencies and has conducted art workshops for all ages at Self-Help Graphics, the Covenant House in Hollywood, the Boys & Girls Club of Hollywood, and the HeArt Project/Central High School Drawing & Painting Workshop.

From his early work with the Video Venice News in the 1970s to his current investigation of the media’s portrayal of African American men, Ulysses Jenkins has created a diverse body of video work. Using archival footage, photographs, image processing, and elegiac soundtracks, he pulls together various strands of thought to construct an “other” history that consistently interrogates questions of race, history, and the power of the state.

A native of Los Angeles, Jenkins first studied art at Hamilton High School in 1961. In 1964 he left Los Angeles to pursue undergraduate studies at Southern University in Baton Rouge, Louisiana, majoring in painting and drawing. After graduating in 1969, he returned to Los Angeles and began exhibiting his paintings at Saint Paul’s Catholic Church. From 1970 to 1972 he worked with the Los Angeles County Probation Department as a counselor for psychiatric nondelinquent youth, teaching them art as part of their therapy.

Jenkins is currently having a major retrospective at The Hammer Museum, Ulysses Jenkins: Without Your Interpretation, on view until May 15, 2022.

Attend Hammer Museum’s Ulysses Jenkins: History of a Video Griot, Thursday March 17, 2022 at 7:30 p.m. Copresented with the Getty Research Institute. For more information or to RSVP for this free event at The Hammer, go to hammer.ucla.edu.