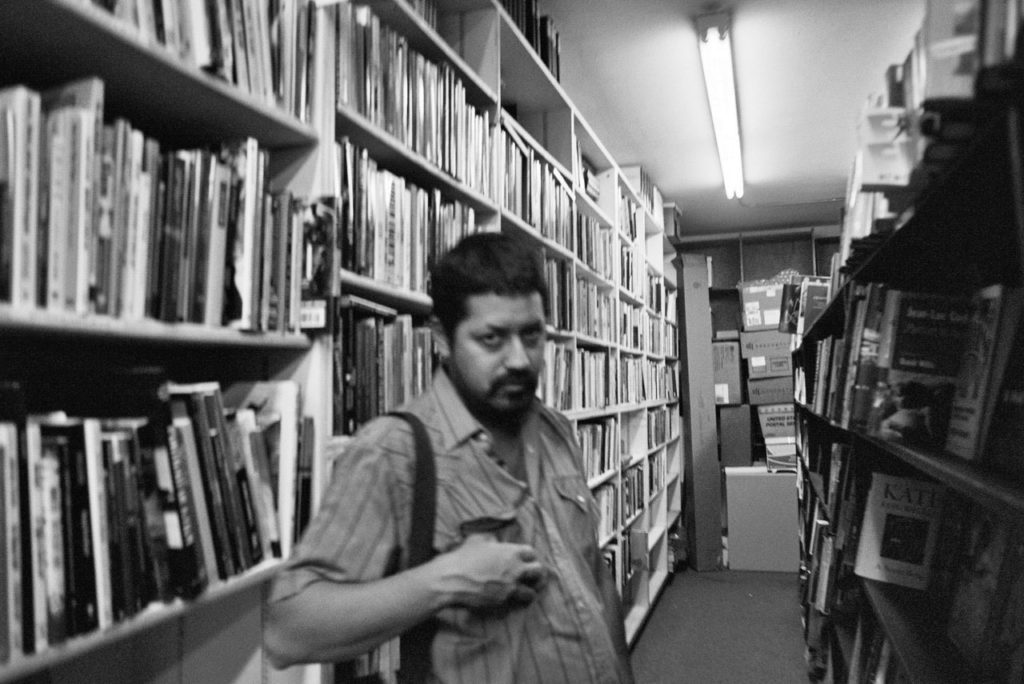 Vincent Ramos received his BFA from Otis College of Art and Design in 2002 and his MFA from the California Institute of the Arts in 2007. His work has been shown in solo and group exhibitions, including Pachuco Cadaver or There Are No Heavies in America, Las Cienegas Projects, Los Angeles (2011); Outsider Art: Others from Elsewhere Doing Something Altogether Different…Sort of, 18th Street Art Center, Santa Monica, CA (2008); and Made in L.A. 2012, Hammer Museum, Los Angeles (2012). His work was most recently featured in A Universal History of Infamy at the Los Angeles County Museum of Art (2017), as part of PST LA/LA. In addition, Ramos organized A Universal History of Infamy: Those of This America in 2018 at the Charles White Gallery, Los Angeles. Awards include the Friends of Contemporary Art (FOCA) Mid-Career Fellowship (2015); Legacy Artist in Residence Fellowship, 18th Street Arts Center (2011); and the California Community Foundation (CCF) Emerging Artist Fellowship (2010).