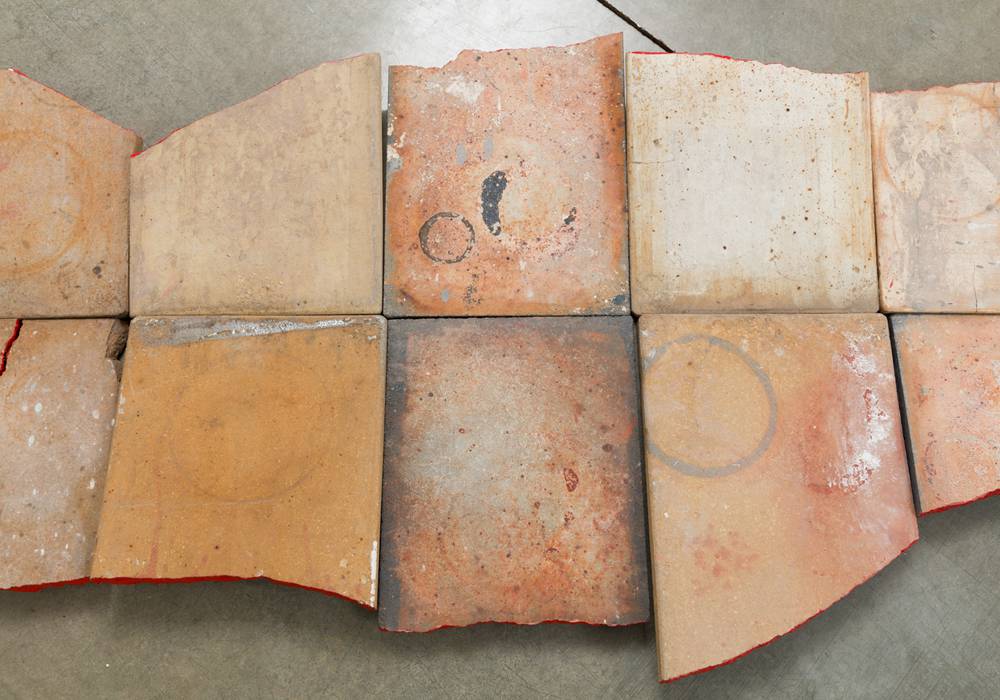 I know of no monuments (so far) that accurately reflect my personal experience other than what I have produced and will produce. In my sculptural piece, Scuttle, the monument has been broken down into individual elements that are entirely un-monumental. Some of the words used by those who do not favor this work: cute, animated, unserious, alien, threatening but only because of their numbers, swarming. These are the same words that I have heard in describing Asian immigrants. Images of Cambodian refugees swarming over embassy gates or of Chinese workers laboring in large numbers to create the nation's first continental railroad system. Koreatown. Chinatown. The camps that imprisoned Japanese citizens during World War II. Due to our color, or lack thereof, we are a peculiarly unthreatening threat. We are "cute" until we are not wanted.

Unlike Dorothea Lange's portraits of poverty, where humanity is etched in careworn faces, the Asian alien person is often shown nearly faceless, in numbers that seem to reinforce their sameness to one another.

As with Scuttle, the other ceramic "monuments" in the installation aim to express importance and power without the use of overpowering scale and implied permanence. None of the monuments are eternal. Each can be packed flat, like Ikea furniture, and moved to the next location. The next camp, ghetto, the next "-town."

"Heavy" is a monument to the aging body, specifically the aging potter. The kiln shelves that make up the sculptural installation are gravity-bound by their weight, but appear to be trying to raise up off of the floor and take flight. The 33 feet long, narrow arrangement of the piece also recalls a stream or river which can be seen as a metaphor for the passage of time. Vivid red paint emphasizes the broken edges as if to say that aging and breaking are not only inevitable but something to be unhidden and celebrated.

Heavy (detail)
I imagine this work near Xiaoxiao Wu's work.