I Know What You Did This Summer 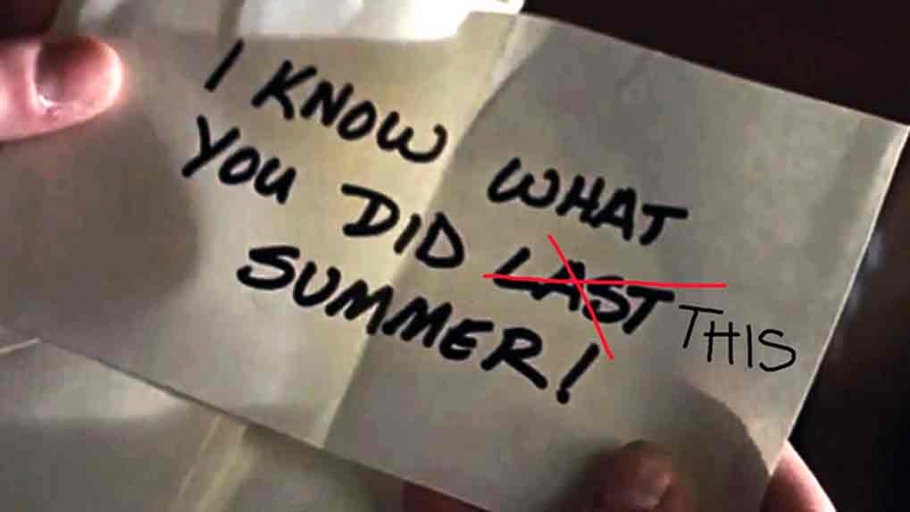 I Know What You Did This Summer is a series of bi-weekly gatherings in the Bolsky Gallery organized around informal slideshow presentations by curators, artists, writers and producers in the Los Angeles area.

Anna Sew Hoy was born in Auckland, New Zealand, and lives and works in Los Angeles. Solo presentations of Sew Hoy’s work have been mounted at the Aspen Art Museum, the Hammer Museum; Sikkema Jenkins & Co., New York; LAXART; Various Small Fires, Los Angeles; the San Jose Museum of Art; and the California Biennial 2008, among others. Her work is in the collections of the Hammer Museum, SFMOMA, LACMA, and the Museum of Contemporary Art in San Diego. She was awarded a Creative Capital Grant for Visual Art in 2015 to support her project Psychic Body Grotto. She was awarded the California Community Foundation Grant for Emerging Artists in 2013, and the United States Artists Broad Fellowship in 2006. Sew Hoy received her MFA from Bard College in 2008. Currently her work is the subject of a solo exhibition at Koenig & Clinton, NY.

Jesse Stecklow is an artist and graphic designer living in Los Angeles. Recent projects include The Multi-Directional Elevator at Chapter NY and Two Clocks at Loyal, Stockholm. He is the co-founder of the design studio Content is Relative.

Jess Arndt is a fiction writer and co-editor of the Brooklyn-based prose experiment, New Herring Press. Her primary concerns are body language, corporealation, linguistic pokes and prods. Often this forms as short stories but sometimes it re-molds into poetic essays, rants or participation-based salons. Her action text Collective Body Possum toured with The Knife's Shaking the Habitual 2014 world tour and her writing has recently appeared in journals like Fence, Bomb, Aufgabe, Bone Bouquet and GLU Magazine. Large Animals, her debut story collection, is coming out from Catapult Press in 2016.

Curator and graphic designer Lauren Mackler founded Public Fiction in 2010. Public Fiction features a rotating cast of collaborators. Originally a project space in the Highland Park neighborhood of Los Angeles, Public Fiction is now a journal and roving exhibition that experiments with the idea of the exhibition as a medium, and uses exhibitions as a way to distribute ideas. Most recently, Public Fiction participated in MOCA's Storefront Series.

Suzy Halajian is a curator and researcher based in Los Angeles. Recent projects include: The Closer I Get To The End The More I Rewrite The Beginning, Human Resources, Los Angeles; Drowning and swallowing this text, LACE, Los Angeles; Nothing is forgotten, some things considered, UKS, Oslo; Maybe it’s the light that has to change and not much else, Tanya Bonakdar Gallery, New York. Halajian co-organizes the invitation of sorts talk series (2015-ongoing) in Los Angeles, and is a 2014 recipient of the Andy Warhol Foundation's Curatorial Travel/Research Fellowship. In 2013 she worked on the Home Works 6 Forum with Ashkal Alwan in Beirut, and from 2007-2010, she co-found and directed Eighteen Thirty Collaborations, an experimental performance arts space in Los Angeles.

Rhea Anastas is an art historian and cofounder of Orchard (2005-08), an experimental, artist-run gallery in the Lower East Side in New York. Anastas has been associate professor in the Art Department at University of California, Irvine since 2014.

Eric Golo Stone is an artist, curator, and writer based in Los Angeles. His practices consistently examine how artists inform social relations and material conditions that constitute the reception of their work. He is currently Curator of Discursive Programs at LA><ART where he organizes projects with artists, curators, writers, and theorists that engage publics through dialogue, group discussions, presentations, and readings. In 2011, he founded Exhibitions Research Forum, a project space that organizes working-groups for artists to discuss upcoming exhibitions of their work, while also providing a platform for theorizing the curatorial and institutional critique. His writing has been published in Afterall, Art & Education, and Flash Art, among other publications.

Jamillah James is assistant curator at the Hammer Museum, Los Angeles, and organizes exhibitions and programs on behalf of the museum for Art + Practice in Leimert Park, Los Angeles. Recent exhibitions include the group exhibition A Shape That Stands Up; John Outterbridge: Rag Man (co-organized with Anne Ellegood); Njideka Akunyili Crosby: The Beautyful Ones; Two Films by Akosua Adoma Owusu; Selections from the Brockman Gallery Archives; and Charles Gaines: Librettos: Manuel de Falla/Stokely Carmichael (with Ellegood). She is currently working on projects with the New York-based multidisciplinary artist Simone Leigh and Alex Da Corte, the Philadelphia artist’s first solo presentation in Los Angeles.