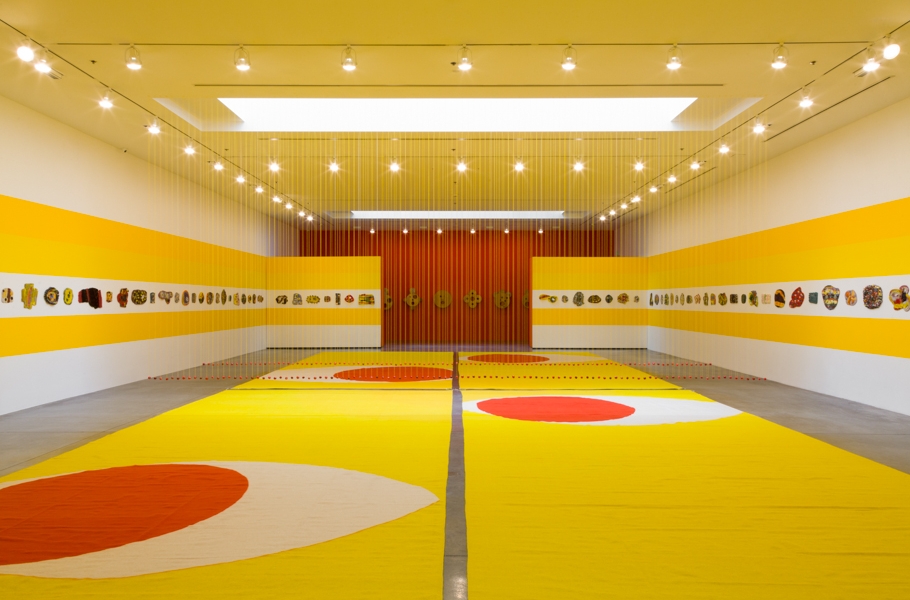 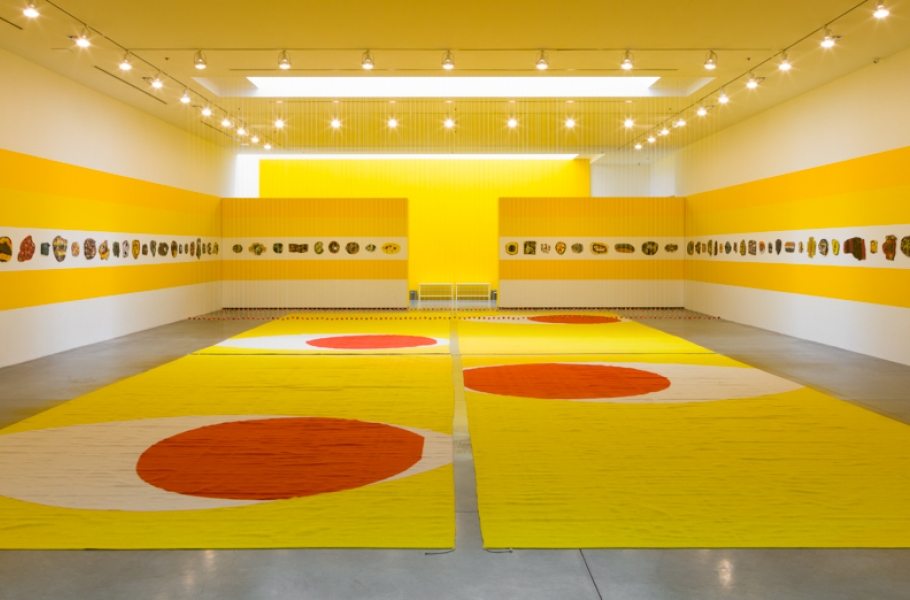 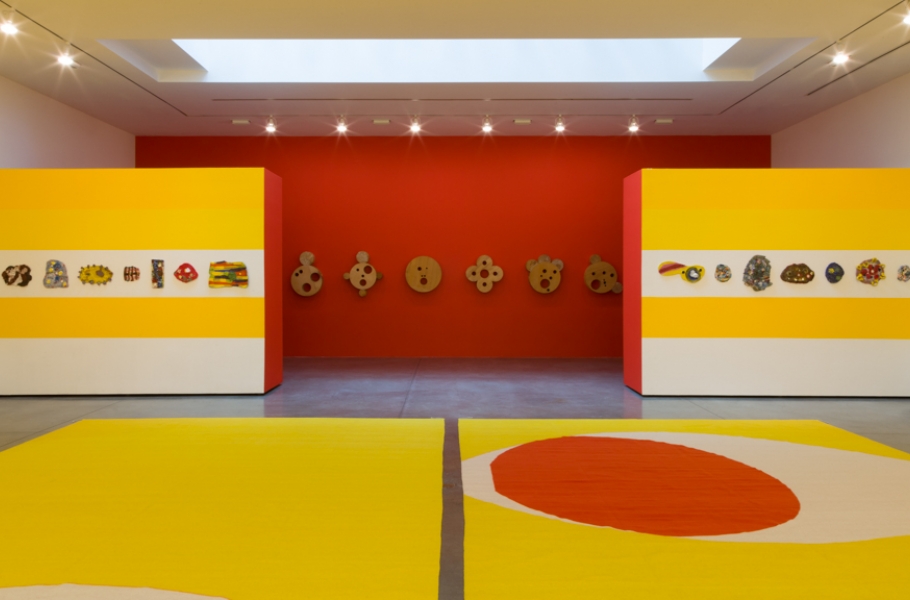 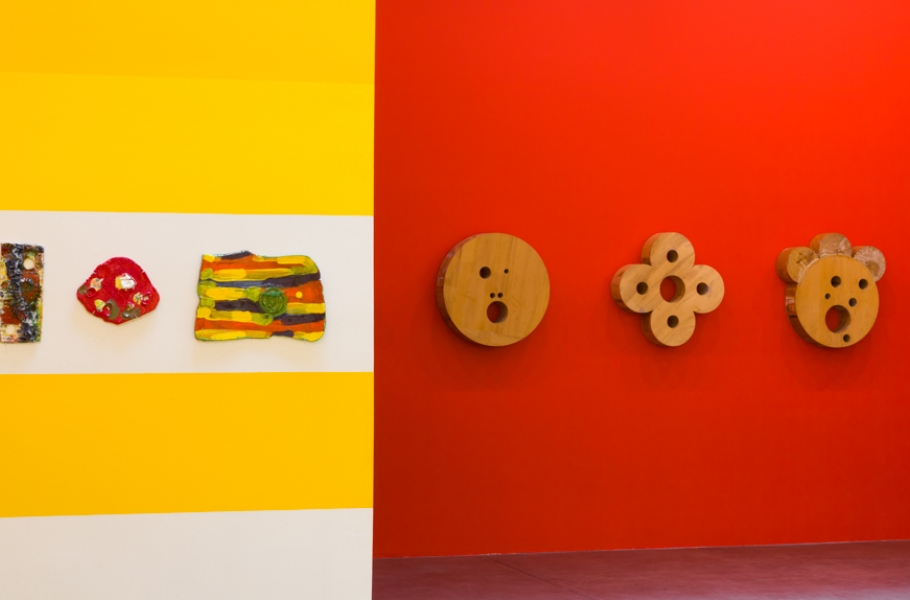 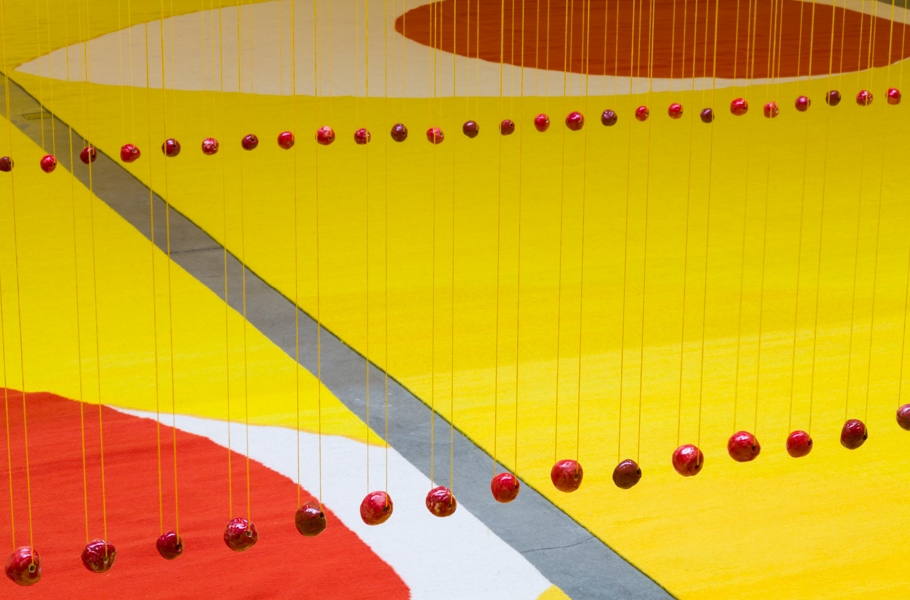 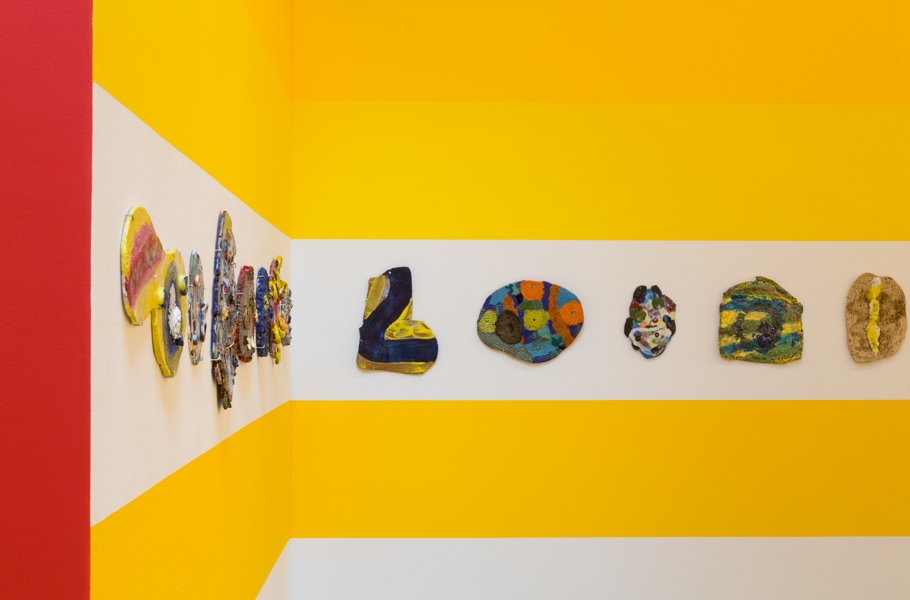 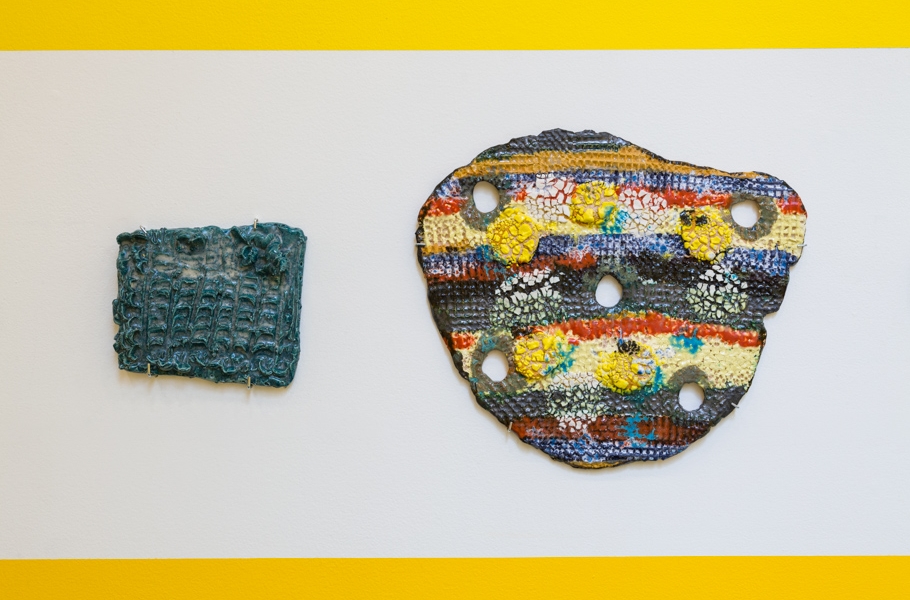 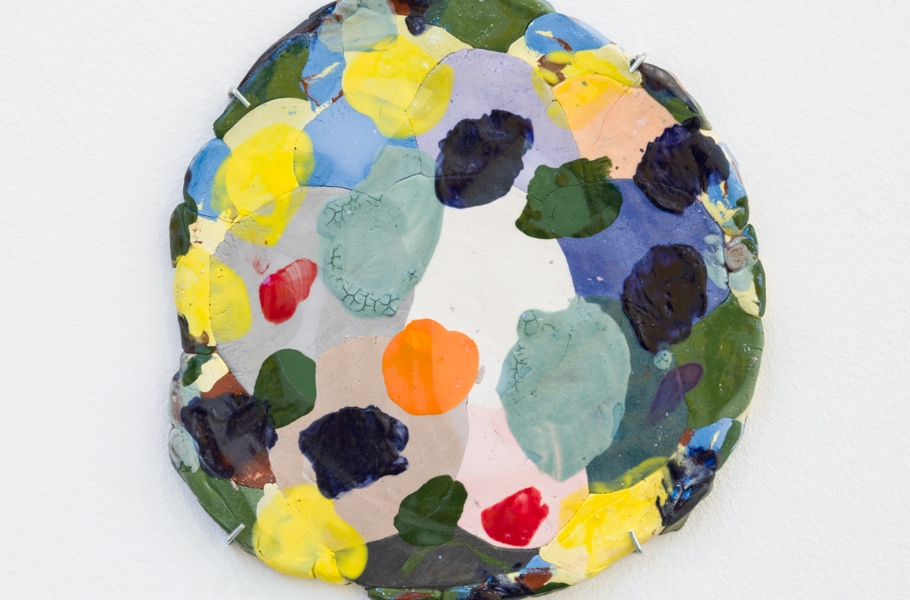 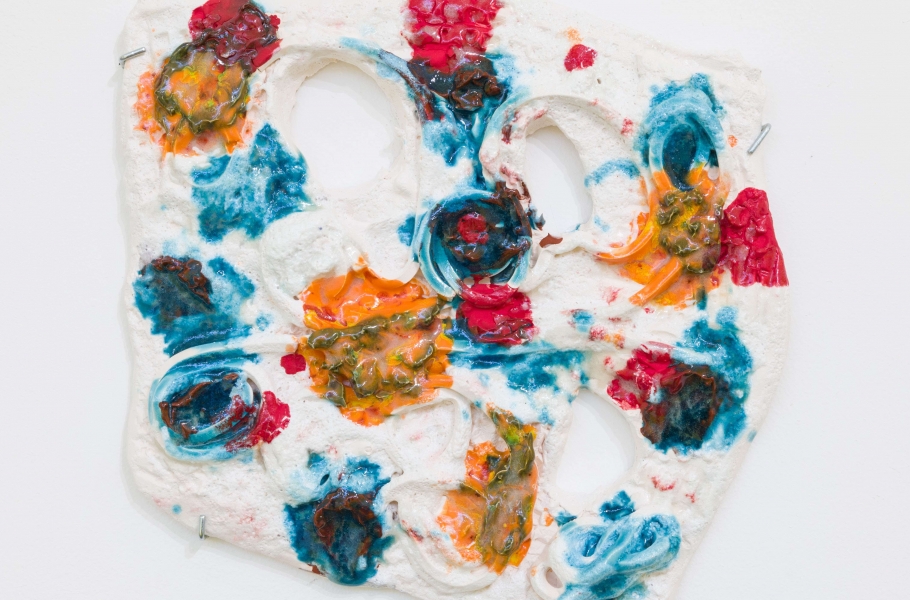 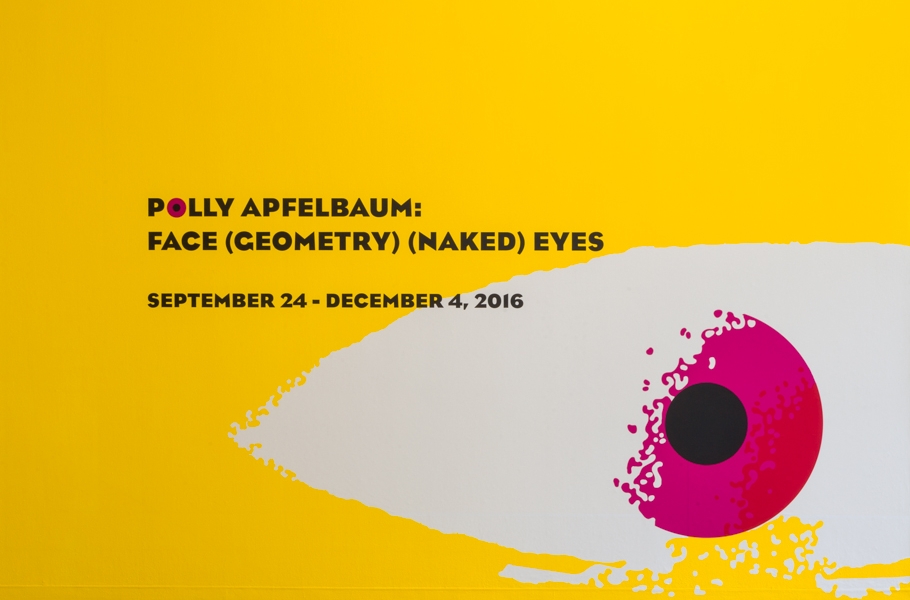 New York-based artist Polly Apfelbaum’s work has situated itself as a hybrid of painting, sculpture, and installation over a career spanning 30-plus years. Exploring the intricacies of color, Apfelbaum weaves her way, both literally and conceptually, through ideas of Minimalism, Pop aesthetics, and Color Field painting to blur the lines between two and three dimensional art making.

For Face (Geometry) (Naked) Eyes, Apfelbaum has worked with weavers in Oaxaca, Mexico to design and produce four large, 13 x 25 foot, area rugs inspired by a Tree of Life mosaic she encountered in Otranto, Italy, as well as LA’s rich history in New Age spirituality, Czech Fluxus artist Sonia Svecova’s eye collages of the 1960s, and Chilean film director Alejandro Jodorowsky’s mystical and religious film Holy Mountain (1973). The 12th century Otranto Cathedral floor mosaic is unique in that it depicts more than Biblical references, incorporating signs of the zodiac, as well as symbols from Greek, Scandinavian, and even pre-Islamic mythologies. For Apfelbaum, the use of eye imagery serves as a connecting icon, bridging belief systems, new-age and cult symbolism, and the idea of looking and seeking out spirituality. Apfelbaum has said this of the new work:

“I want to time travel from early pagan mysticism, to 1970's new spiritualism, to Jodorowsky's Holy Mountain in the space of a rug-filled gallery.”

In addition to the new site-specific floor pieces, Face (Geometry) (Naked) Eyes will also include over 100 ceramic and wooden sculptures produced between 1988-2016 – many of which have never been exhibited before – as well as handmade ceramic beads suspended on thread. Ceramics and weaving are ancient crafts that take us to many of these mystical and philosophical histories. Visitors will be invited to take their shoes off and spend time in the installation. 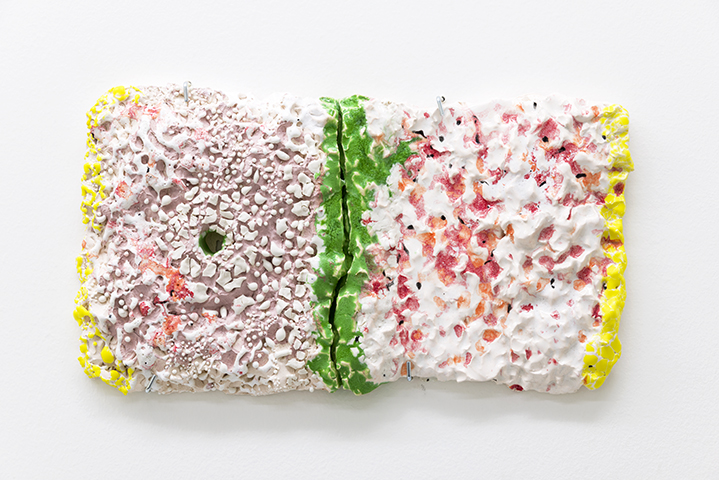 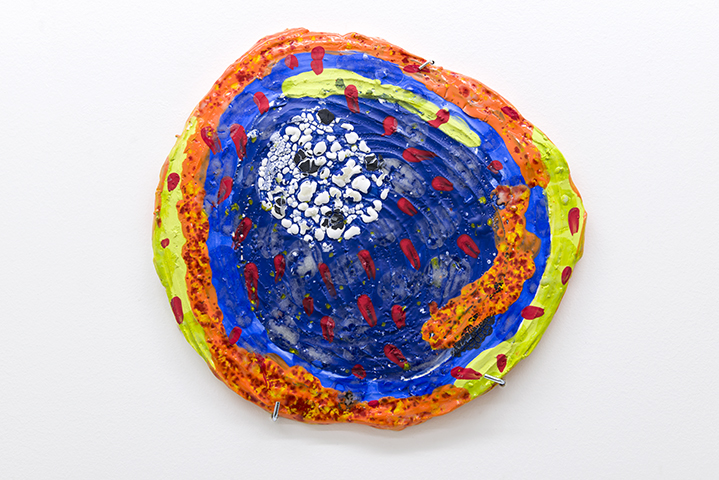 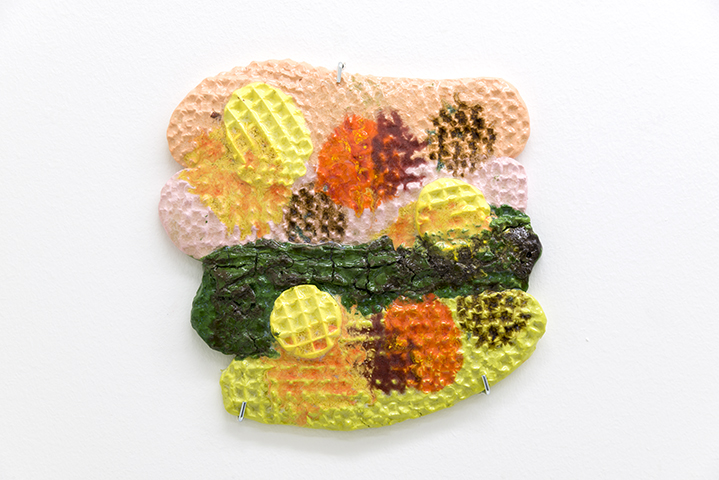 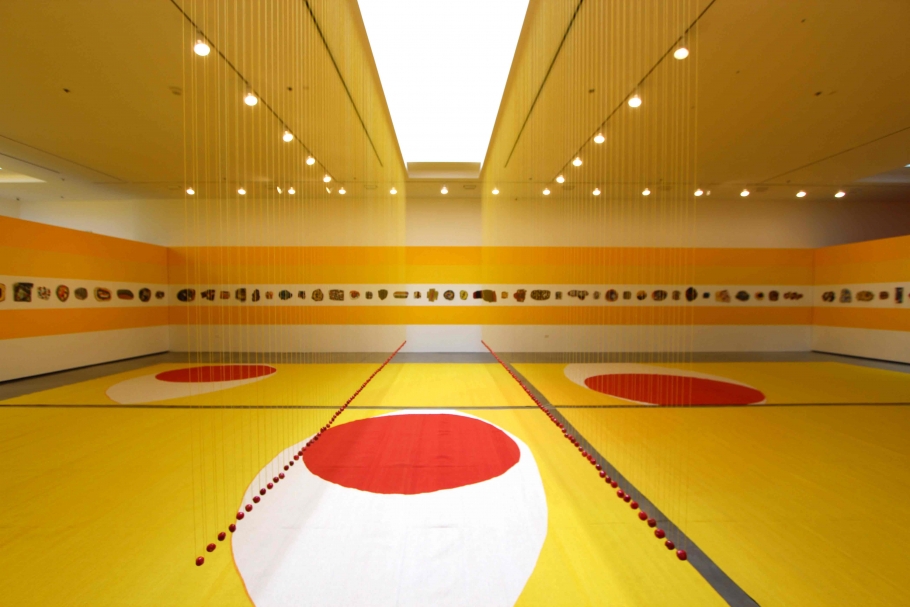 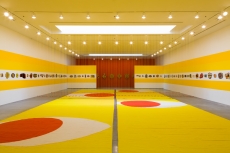 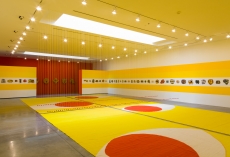 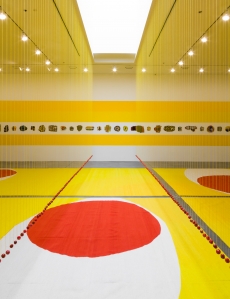 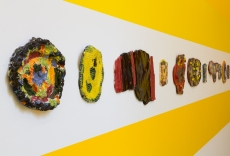 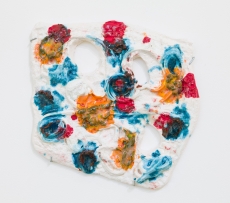 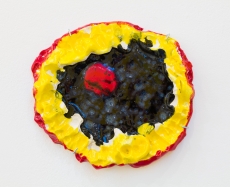 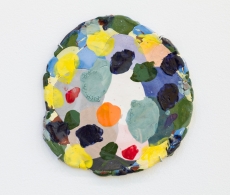 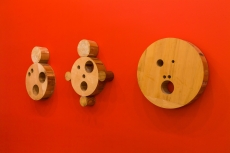