Travis Somerville: Dedicated to the Proposition... | Otis College of Art and Design
Skip to main content

Travis Somerville: Dedicated to the Proposition... 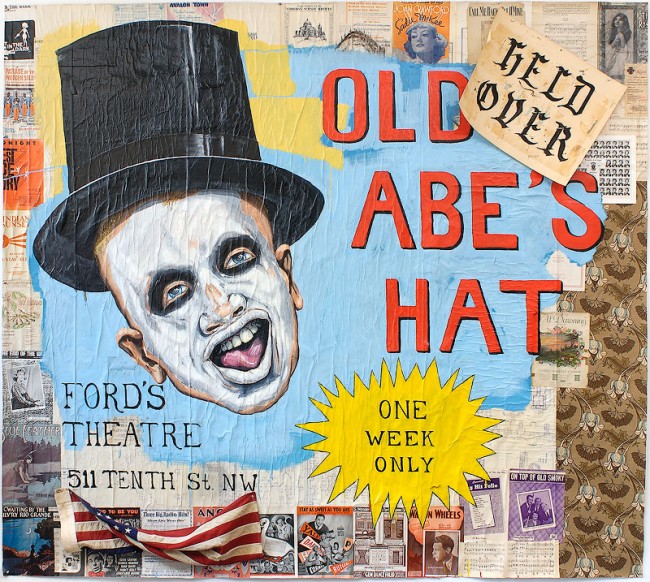 Dedicated to the Proposition... is a solo exhibition of San Francisco based artist Travis Somerville organized by the OTIS Ben Maltz Gallery and travelling in 2010 through 2011. The exhibition presents a new body of work including painting, drawing,

Travis Somerville: Dedicated to the Proposition...

Dedicated to the Proposition... is a solo exhibition of San Francisco based artist Travis Somerville organized by the OTIS Ben Maltz Gallery and travelling in 2010 through 2011. The exhibition presents a new body of work including painting, drawing, sculpture and installation. The exhibition title refers to Abraham Lincoln's historic Gettysburg Address delivered during the Civil War: "Four score and seven years ago our fathers brought forth on this continent, a new nation, conceived in Liberty, and dedicated to the proposition that all men are created equal."  In this speech, Lincoln asks the nation to honor its fallen by challenging its citizens to fully realize and achieve ". . . a new birth of freedom—and that government of the people, by the people, for the people, shall not perish from the earth."

The election of Barack Obama in January 2009 just days prior to the 200th anniversary of Abraham Lincoln's birth in Hardin Town, Kentucky, seems to fulfill the commitment that Lincoln makes to the soldiers interred at Gettysburg. However there is still much work to be done in uniting and healing the nation. With this body of work, Somerville explores the complex inheritance of a nation trying to live up to Lincoln's challenge of being a nation not divided, but truly "dedicated to the proposition…" The artist is interested in investigating the tension and contradiction in America's realization of equality and freedom for all between the numerous examples of the nation's success manifest in Obama's election and first 100 days and the nation's failure evidenced by the enduring and shameful aftermath of Hurricane Katrina.

Travis Somerville was born in 1963 in Atlanta, Georgia to white civil rights activists—an Episcopal preacher and school teacher—and grew up in various cities and rural towns throughout the Southern United States. The geography of his upbringing is important to mention because the cultural implications of growing up in the south in the 1960s during a period of immense social upheaval has deeply informed the narrative content of his work. His work simultaneously tries to reconcile his personal struggle with his own Southern Christian upbringing and the overt tumultuous racial politics of then with the mixed messaging backlash of now. According to the artist in an interview with Nathan Larramendy, "My southern identity will always play a part in my work because that is who I am. . . I feel the overall theme [of my work] is oppression and greed. I want the oppressed to be validated and the oppressors to be guilty. I want people to realize that we are all connected in some way and we are responsible for each other."

Somerville studied at the Maryland Institute College of Art in Baltimore and at the San Francisco Art Institute. Select solo exhibitions include Another Song of the South at University of Georgia, Athens; American Cracker Too at Alfred C. Glassell Jr. Exhibition Gallery, Louisiana State University, Baton Rouge; and New Work at University of Houston, Texas. His work has been included in numerous exhibitions including: the Smithsonian Institution's traveling exhibition In the Spirit of Martin Luther King: the Living Legacy of Dr. Martin Luther King Jr.; Whiteness: A Wayward Construction at the Laguna Art Museum, Laguna Beach, California; and Lincoln: Man, Myth, and Memory at the Amistad Center for Art and Culture in Hartford, Connecticut.

His work is included in the permanent collections of the di Rosa Preserve: Art & Nature, the Achenbach Collection of the Fine Arts Museums of San Francisco, the Laguna Art Museum, and the San Jose Museum of Art, among others. He has garnered critical attention in numerous publications including Art in America, Flash Art, Kitchen Sink, and The Washington Post. He is represented by Catharine Clark Gallery in San Francisco, www.cclarkgallery.com.

Share your own experiences on our exhibition-related blog: https://blogs.otis.edu/travissomerville/

Travis Somerville: Dedicated to the proposition... (2009) 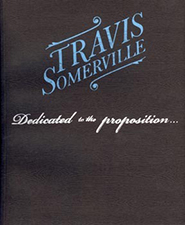