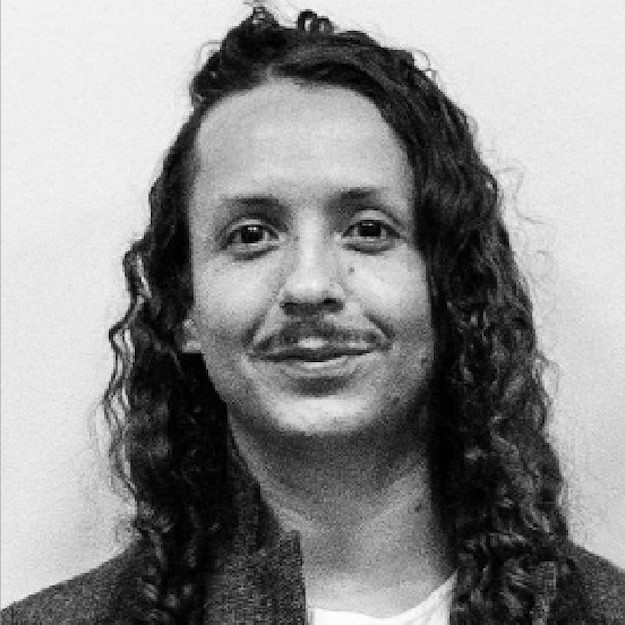 Join us for Alumnx Exploration Series with George Fuentes, who will share his career achievements and current projects.

Los Angeles-born artist George Fuentes is a graduate of Otis College of Art and Design. A writer and director/artist within the animation and film industry, George has spent the last two decades engaged in storytelling across multiple mediums. As an artist, he has contributed to numerous projects, including the Emmy award-winning title sequence to Game Of Thrones; Guild Wars 2: End of Dragons cinematics; closing ceremony to the 2018 Winter Paralympics in Seoul, Korea; Jay Z’s animated project, The Story of OJ; and The Life, artist Marina Abramovic’s latest AR performance at the Serpentine Gallery. His love for storytelling has charted his path as a writer/director and founder of Thinkingseedstudio, now focused primarily on the development of his own animated content, inclusive of an upcoming animated short film/AR performance piece, and an animated series extending his short film, Scoops Of Steps. As a co-founder of From Earth Studio, his undisclosed video is also in production with an excited year ahead before release.

George currently teaches at Otis College of Art and Design, where he’s been awarded the Teaching Excellence Award.

You can see past Alumnx Exploration Series presentations here.