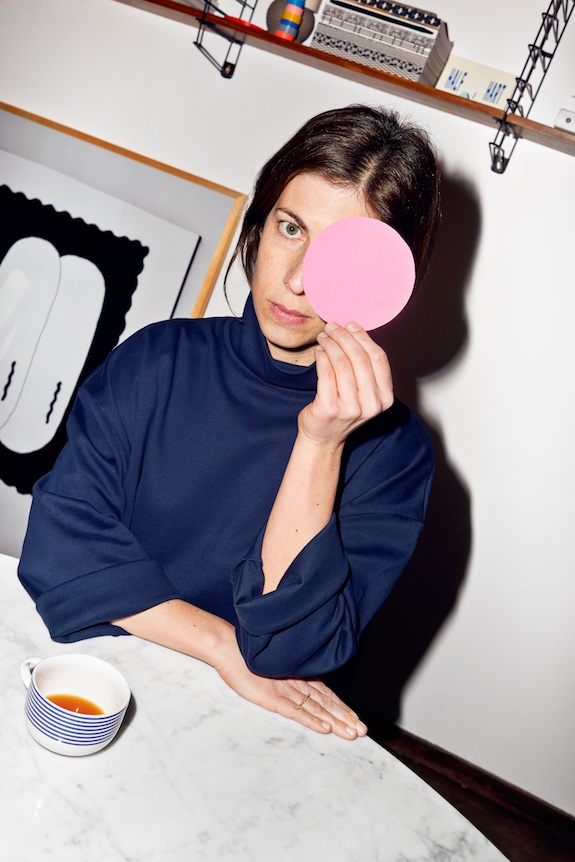 Specht Studio is Stephanie Specht (°82), a freelance graphic designer from Antwerp (Belgium). The word Studio stands for the collaborations she has on a frequent level with Lisa Stubbe (design) and Levi Lanser (Concept and Visual Research).

After graduating from the Royal Academy for Fine Arts in Antwerp (Graphic Design - 2000-04), Stephanie started freelancing with a focus on brand identity, illustration and book designs. Having lived and worked pretty much everywhere in her 12-year career (Cape Town, Brussels, Princeton, New York, Antwerp), every single one of these experiences shaped her as a creative person.

Her style is best described as design that touches both the rational and organic field. The rational field is the knowledge that her education (Royal Academy for Fine Arts in Antwerp) provided her. The organic and spiritual field is the luggage that life gave her. When those two fields overlap each other in a design, it creates a special visual balance. For a client she feels graphic design is about communication, while the self initiated designs are about expression and impulses. The search for integration of intuition and spirituality in her work is one which has become increasingly significant to Stephanie in recent years. One will miss the essence when it’s characterized as a search. For like certain other uniquely human experiences, it doesn’t appear on demand, it can’t be quantified or defined exactly, and it isn’t provided as the reward for will.

Named in the Top 3 List of Promising Designers, Flanders Style in Monocle’s The Forecast (2016).

"A Bold Minimalist" I Love Belgium