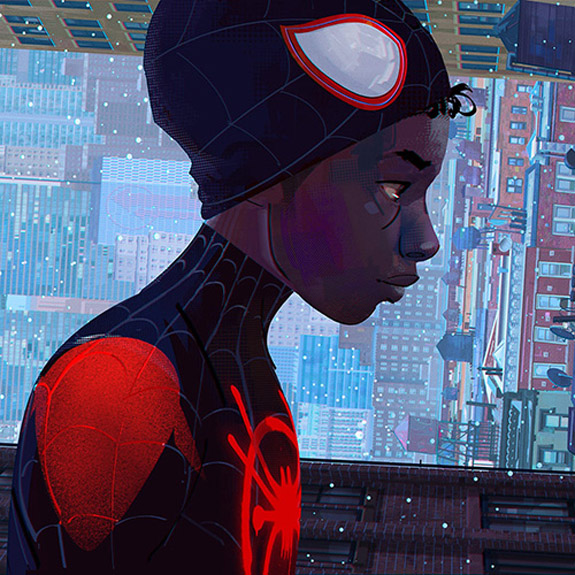 Patrick O'Keefe is a Los Angeles-based Canadian Illustrator and Art Director most recently known for his role as an Art Director on the Academy Award-winning Spider-Man™: Into the Spider-Verse.

Previously, Patrick served as a Visual Development Artist on Sony Pictures Animation's Hotel Transylvania 3: Summer Vacation. Prior to joining Sony Pictures Animation, Patrick worked on a variety of films, video games, commercials, and television shows. He served as a Visual Development Artist and Matte Painter on commercials for brands including McDonald's, Kellogg’s, Kraft, Amazon, and more. He also worked as a Background Painter on Disney Television Animation's Big Hero 6: The Series.

Patrick has worked on award-winning virtual reality short films such as Henry, which won an Emmy Award for outstanding original interactive program in 2016, and Invasion!, which took home a Daytime Emmy in 2017. His additional credits include serving as a Concept Artist for Electronic Arts video games such as Battlefield 4, Battlefield Hardline, Dead Space 2, and Dead Space 3.

Patrick studied Illustration at Sheridan College before transferring to the Emily Carr University of Art and Design, where he received his Bachelor of Media Arts in Film and Animation Design.

February 07, 2020
Lectures
Digital Media Speaker Series: Patrick O'Keefe, Art Director of Spider-Man: Into the Spider-Verse
11:00AM The Forum
Open to the Public