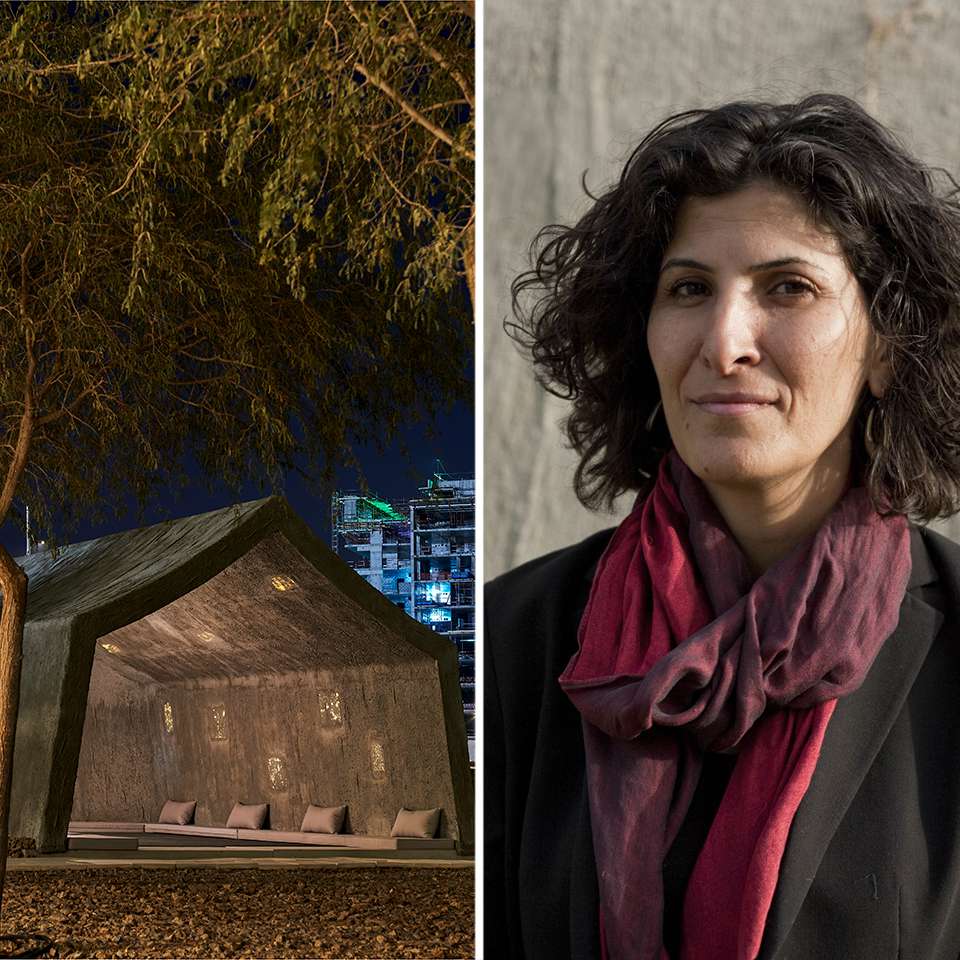 Sandi Hilal is an architect, artist, and educator. She has developed a research and project-based artistic practice that is both theoretically ambitious and practically engaged in the struggle for justice and equality.

She is currently the Co-Director of DAAR, Decolonizing Architecture Art Research, an architectural and art collective that she co-founded in 2007 with Alessandro Petti and Eyal Weizman in Beit Sahour, Palestine.

She co-founded Campus in Camps in 2012, an experimental educational program hosted in the Dheisheh Refugee Camp in Bethlehem with the aims to overcome conventional educational structures by creating a space for critical and grounded knowledge production connected to greater transformations and the democratization of society.

Her latest publication, Permanent Temporariness (Art and Theory, Stockholm 2019), co-authored with Alessandro Petti, is a book, a catalog, and an archive that accounts for 15 years of research and experimentation and creation that are marked by an inner tension and a visionary drive that re-thinks itself through collective engagement. Permanent Temporariness was published in connection with DAAR’s eponymous retrospective exhibition that was inaugurated at the New York University Abu Dhabi Art Gallery in 2018, and at the Van Abbemuseum in Eindhoven in 2019.

Hilal co-authored, with Alessandro Petti and Eyal Weizman, the book Architecture after Revolution (Sternberg, Berlin 2014), an invitation to rethink today’s struggles for justice and equality, not only from the historical perspective of revolution, but also from that of a continued struggle for decolonization.

Her artistic practice has received the following awards: Keith Haring Fellowship in Art and Activism at Bard College, Price Claus Prize for Architecture, shortlisted for Visible Award, the Curry Stone Design Prize, the New School’s Vera List Center Prize for Art and Politics, the Anni and Heinrich Sussmann Artist Award, the Chrnikov Prize, and recipient of the Foundation for Art initiatives grant.