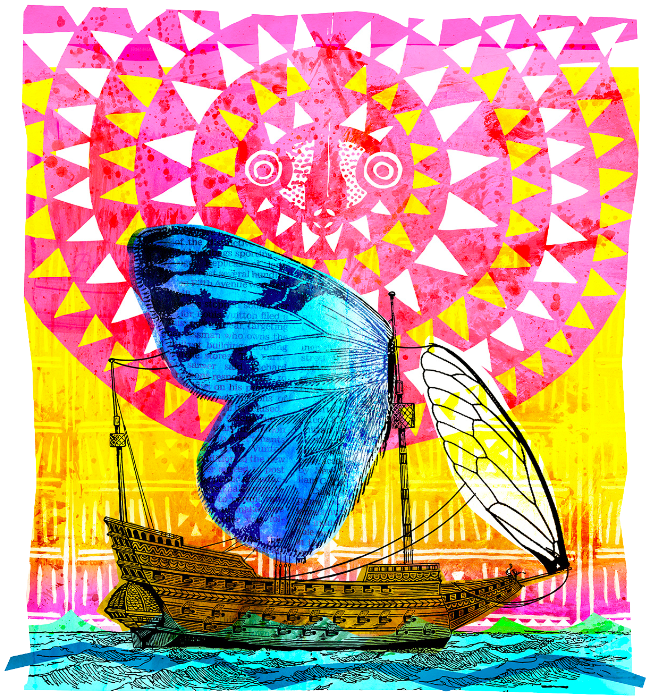 The Anthropocene enjoins immediate action to address the increasingly viable prospects of an end to life on the planet. However, agency is popularly framed as a force domiciled within individuals and human collectives—within traditional, liberal notions of the isolated self. When we shift our gaze from looking at things so squarely, so straightforwardly, and begin to deploy peri-feral/autistic visions of migrant bodies and porous boundaries, then agency becomes less individuated and more ecological and territorial. \cracks\ are a phenomenon of these territorial tensions, subterranean intensities, and wandering lines. \cracks\ are powerful political constituencies that tell a story of how transformations often occur and why things often remain the same despite our best efforts and intentions.

\cracks\ are frightening forces and transversal opportunities for cultivating new sensibilities in the 'Afrocene'. \cracks\ 'exist' as potencies and tensions in the fabric of the familiar. They invite something more than seeking solutions, enacting justice, or seeking victory over one's enemies. They invite a postactivism that leans towards more risk-taking ventures and unprecedented ways of addressing today's crises.

In this lecture, Dr. Bayo Akomolafe conjures \cracks\ as invisible geo-politico-theo-socio-material allies, and calls for a planetary, trans-local art project that leans on the potency of \cracks\ to transform and shapeshift our body-minds. The pedagogical work of staying with/in \cracks\ is what Dr. Akomolafe names as "ch(i)asmagraphy," which he thinks of as "new attempts" in the visionary cartographic spirit of Deligny to accompany the "monster" away from the status quo. With stories from his Yoruba cosmology, his experiences as a father to an autistic boy, and his diffractive readings of blackness as a counterhegemonic force, Bayo Akomolafe retells the story of the Anthropocene in a weird, strange, and generatively incapacitating way.

*\cracks\ is framed within backslashes—which are typographical symbols that have no real utility in English, and contrast this presentation with the phoneme, which (in phonetics) uses forward slashes. I wanted a non-representational way to suggest that pronouncing the word or naming the concept is an exercise in apophasis. And that we must approach carefully as one might do a spectre down the hallway, or a mirage in the desert.