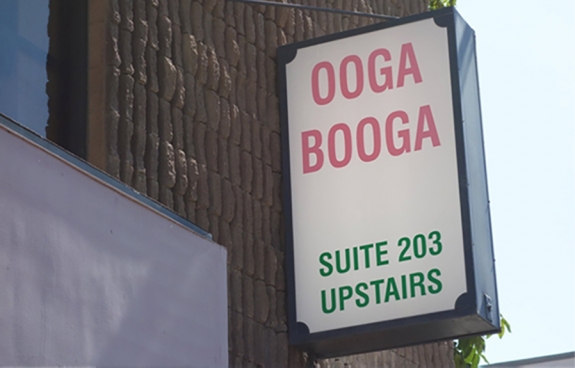 In addition, Yao has set up projects at off-site locations, such as a reading room at the Swiss Institute, New York, in 2009 and at Kadist Foundation, San Francisco in 2012, a mini-fair for independent publishers in 2010, and the “Excursus III” exhibition and programming series at the ICA Philadelphia in 2012. From 2004 to 2012, Yao and her sister Amy co-organized an annual Art Swap Meet in Joshua Tree at High Desert Test Sites, in which artists were invited to sell and exchange wares in a free-form market. In 2008, she started an online database of art book printers as a free resource to artists, designers, and customers who frequently ask for advice on art-book publishing and printing. In 2013, she opened a second store location at 356 South Mission Road, in the same space as the art gallery in collaboration with Laura Owens and Gavin Brown.