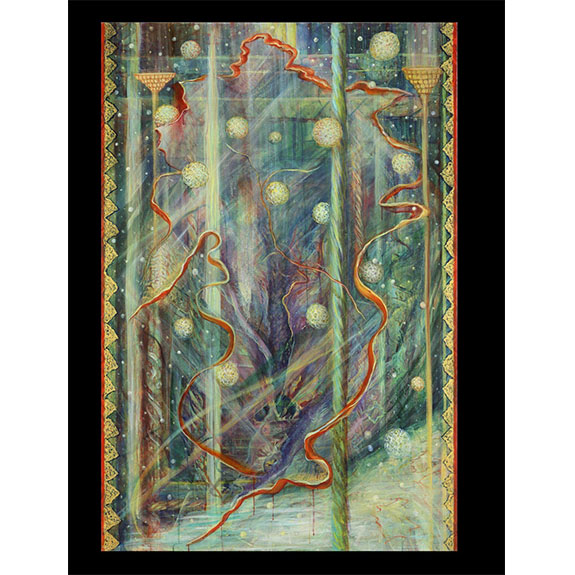 Gilah Yelin Hirsch, is a multidisciplinary artist, whose art, papers, books and award-winning films have been exhibited and published internationally. Hirsch’s numerous national and international grants and awards include the US National Endowment for the Arts; the Rockefeller Foundation, Bellagio, Italy; the Tyrone Guthrie Center for the Arts, Ireland, as well as the International Society for the Study of Subtle Energies and Energy Medicine award for her “innovative blending of science and art revealing existing relationships between forms in nature, forms in human physiology and the forms that are present in all alphabets.”

Hirsch was one of the founders of the Feminist Art Movement in California in the early '70s and in the early '80s was a pioneer in psychoneuroimmunology focusing on the power of art to heal. Since 2004 Hirsch has annually represented the US in International Painter’s Symposia in Europe and Mexico, while keynoting international conferences in various disciplines. Hirsch received her MFA from the University of California Los Angeles and holds the position of Professor of Art, at California State University Dominguez Hills, Los Angeles.