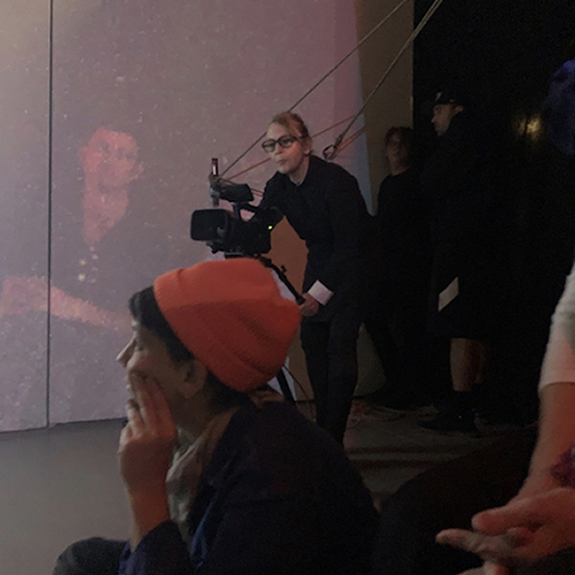 Sylke Rene Meyer is a writer, director, media artist, performer, educator, and co-founder of the performance group Studio206 in Berlin (2007), extended in LA (2019). In 2018, she also co-founded the performance group The Family Room Collective in Los Angeles. Her practice is informed by and engages with film, media history, theory, and criticism, and encompasses feature and documentary filmmaking, as well as writing and collaborative experimentation across theater, new media, and digital platforms. Her work has garnered numerous awards, such as an Emmy and recognition at major festivals in Seattle, Chicago, and Montreal. She is a Professor of Creative Writing, and Director of the Institute for Interactive Arts, Research, and Technology at California State University, Los Angeles.