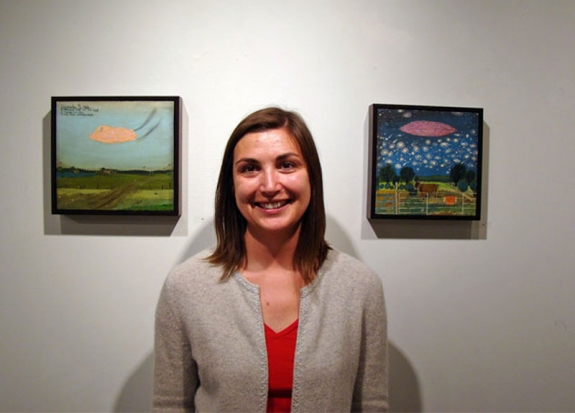 Esther Pearl Watson is a painter, cartoonist, illustrator, and visual storyteller. She has exhibited internationally at Galleri Galleberg in Norway, Grafikens Hus in Sweden, and Antonio Colombo Gallery in Milan, as well as across the United States at the Amon Carter Museum of American Art, the Oakland Museum of California, Webb Gallery, Billy Shire Fine Art, La Luz de Jesus and Susanne Vielmetter Los Angeles Projects. Watson is also the author of the graphic novels Romeo & Juliet and Unlovable, published by Fantagraphics. Unlovable has appeared regularly in BUST Magazine for over twelve years. She is co-author of Whatcha Mean, What’s a Zine? She is a frequent contributor of editorial illustrations for the /New York Times, McSweeney’s, and The New Republic. She has done a number of book illustrations, including the cover of American Illustration 22. Watson currently teaches at ArtCenter College of Design