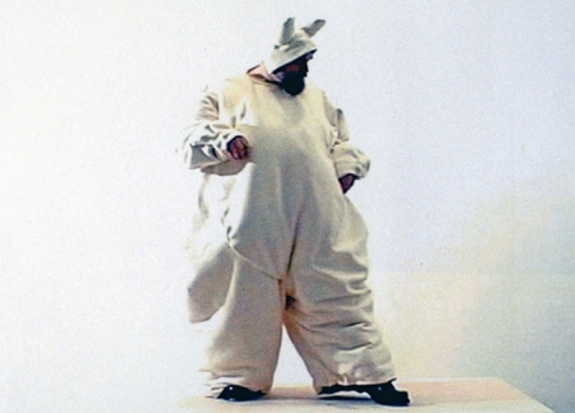 Interracial desire, same-sex love, and racial and sexual bigotry are recurrent themes in Nayland Blake's sculptures, drawings, performances, and videos, which reflect their preoccupation with their own racial and sexual identities. Blake explores ideas about whiteness and blackness, not only as they relate to race, but as the skin itself and how that skin determines one's identity.