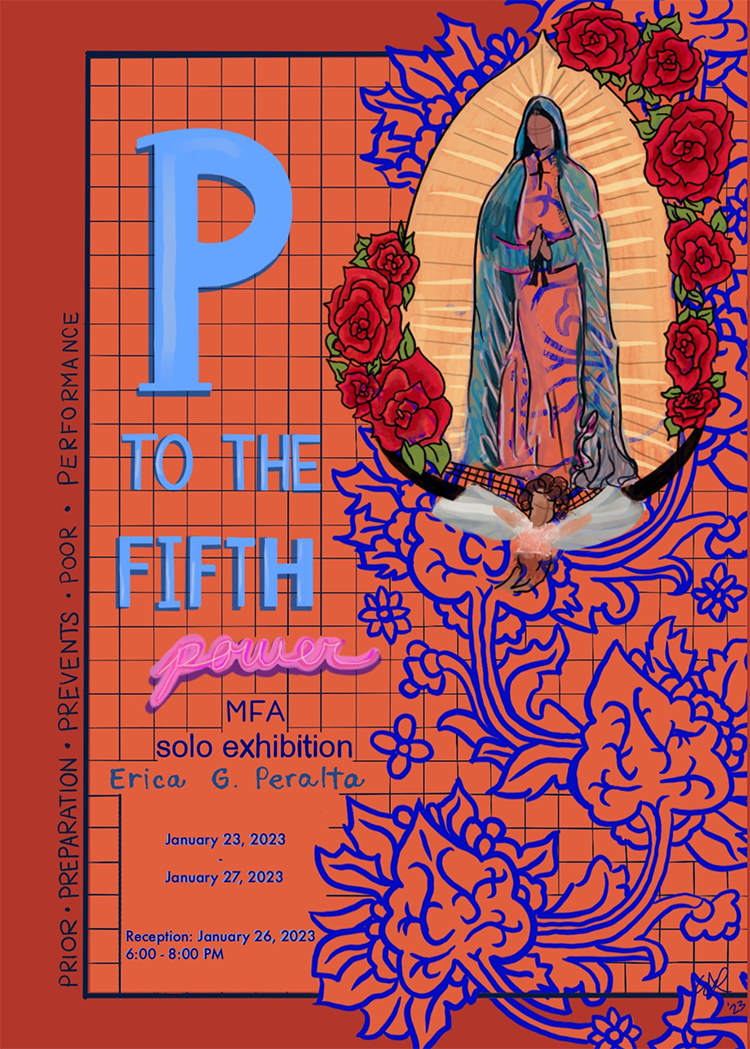 (Los Angeles, CA January 17, 2023)—Otis College of Art and Design Master of Fine Arts candidate Erica G. Peralta is scheduled to present her MFA thesis project on January 26, 2023, at the Bolsky Gallery on the Otis College campus in Los Angeles. Her exhibition, P to the Fifth Power, will run from January 23 through January 27.


The exhibition is a multimedia project using video, cardboard sculptures resembling East Los Angeles architecture, and what she calls “floorplan paintings” to reflect and dissect the institutions of her Mexican American roots. “I have found myself considering different systems of knowledge that mold our minds with indoctrinated values and practices,” says Peralta. “I’m creating a metamorphic mapping system to understand the way the institution has conditioned me.”