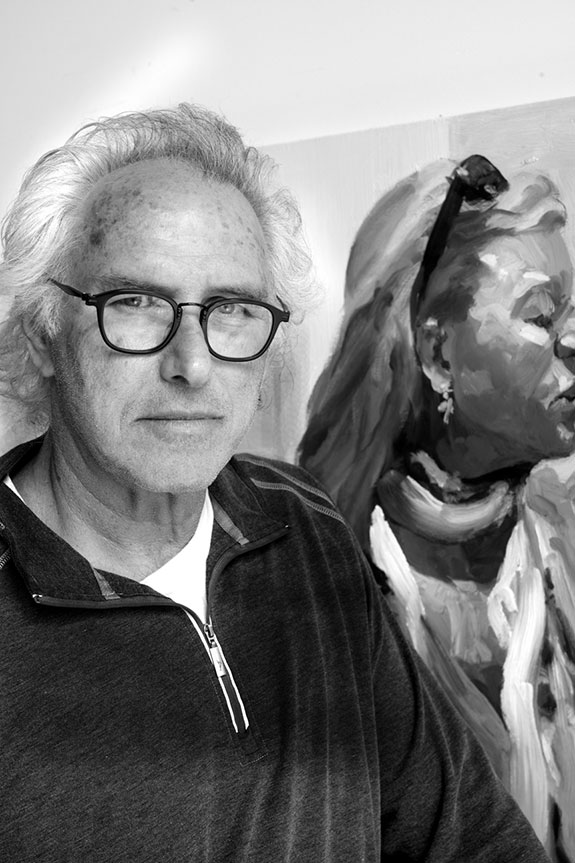 Eric Fischl is an internationally acclaimed American painter and sculptor. His artwork is represented in many distinguished museums throughout the world as well as prestigious private and corporate collections, including The Metropolitan Museum of Art, The Whitney Museum of American Art, The Museum of Modem Art in New York City, The Museum of Contemporary Art in Los Angeles, St. Louis Art Museum, Louisiana Museum of Art in Denmark, Musée Beaubourg in Paris, The Paine Weber Collection, and many others. Fischl has collaborated with other artists and authors, including E.L. Doctorow, Allen Ginsberg, Jamaica Kincaid, Jerry Saltz and Frederic Tuten. His extraordinary achievements throughout his career have made him one of the most influential figurative painters of the late 20th and early 21st centuries. Eric Fischl is a Fellow at both the American Academy of Arts and Letters and the American Academy of Arts and Science, and a Senior Critic and Board Member at the New York Academy of Art. He lives and works in Sag Harbor, NY with his wife, the painter April Gornik.