Virtual Workshop: This Is Not A Gun | Otis College of Art and Design
Skip to main content

Virtual Workshop: This Is Not A Gun 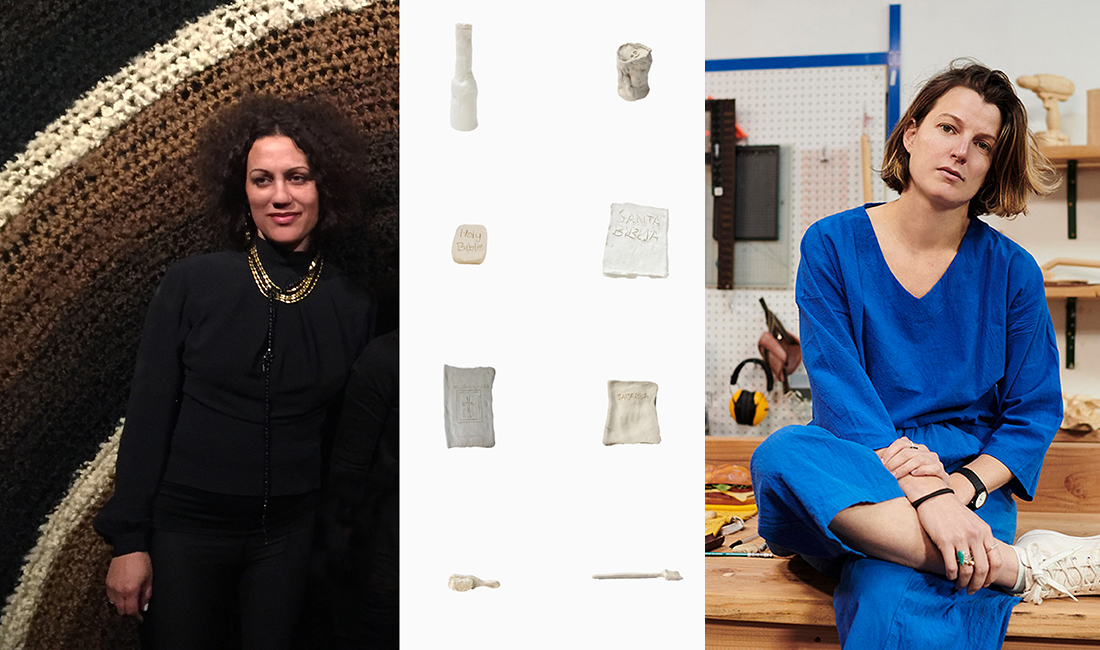 A sandwich is not a gun. A hairbrush is not a gun. A wallet is not a gun.
Since the year 2000, United States police have “mistaken” at least 38 distinct objects as guns during shootings of a majority of young black American men. None of the victims were armed.

This Is Not A Gun is an artwork and workshop series hosted by artists, activists, educators, and healers that uses art making and conversation to process racial profiling, police brutality, and societal trauma in America. The workshops invite participants to investigate this collection of mundane objects, many of which can be found in any common household, and give presence to their form, acknowledging the human rights violations that took place and the racism prevalent in America today. Participants will shape these objects in clay, participate in writing prompts, engage in critical conversations, and pay respect to those directly carrying these burdens. This Is Not A Gun endeavors to carve out time and space for a community to cite these issues of police brutality and racism within our own bodies and stories. Each workshop upholds a non-judgmental space for sharing amongst anyone who participates, and conversation is catalyzed from making and feeling.

In this online workshop for the Otis Community, hosted by the Artists Community Teaching Program, in collaboration with the Contemporary Clay minor and Technical Support Services, and led by co-facilitators including Cara Levine and Angela Hennessy, participants will learn about the scope and history of this project, sculpt an object personally resonant from the list of mistaken objects, and be guided through a series of intentional actions, embodiment techniques, and conversational prompts.

Participation is limited to 30. Please Register/RSVP by April 15th to reserve your spot. Once you have registered you will receive instructions on how to pick up your free bag of clay from Otis and a list of household tools to collect in preparation for the workshop.

More about the artists / workshop facilitators:

Cara Levine is an artist based in Los Angeles, CA. She earned a BFA from the University of Michigan in Ann Arbor, MI (2007) and an MFA from California College of the Arts in San Francisco, CA (2012). Using sculpture, video, and socially engaged practices, she explores the intersections of the physical, metaphysical, traumatic, and illusionary.  She is the founder of This Is Not A Gun, a multidisciplinary project aiming to create awareness and activism through collective creative action. Her work has been presented in one-person, group exhibitions, and participatory events in venues around the world, such as the MOCA Geffen Warehouse, Los Angeles, CA (2020); Creative Time, New York, NY (2019); The Anchorage Museum, Anchorage, AK, (2019); Tenderloin Museum, San Francisco, CA (2017); Center for Contemporary Art, Tel Aviv, Israel; Wattis Institute For Contemporary Art, San Francisco, CA (2012); and Kyoto Seika University, Kyoto, Japan (2006). Levine has participated in residency programs including Santa Fe Art Institute (2017); The Arctic Circle, International Territory of Svalbard (2017); Sedona Arts Colony, Sedona, AZ (2016); SIM Residency, Reykjavík, Iceland (2015); Anderson Ranch, Aspen, CO (2014); and Vermont Studio Center, Johnson, VT (2013). Levine is currently an Associate Adjunct Professor in Fine Art and Foundations at Otis College of Art and Design and has worked in the disability arts community since 2011 in roles at various progressive art studios, including the Exceptional Children’s Foundation, Inglewood, CA and Creative Growth, Oakland, CA. She organized the first annual Self-Taught Artists Fair with Public Annex in Portland, OR in 2017.

Angela Hennessy is an Oakland-based artist and Co-founder of See Black Womxn. She is an Associate Professor at California College of the Arts where teaches courses on visual and cultural narratives of death and textile theory. Through writing, studio work, and performance, her practice questions assumptions about Death and the Dead themselves. She uses a spectrum of color and other phenomena of light to expose mythologies of identity. Ephemeral and celestial are forms constructed with every day gestures of domestic labor—washing, wrapping, stitching, weaving, brushing, and braiding. In 2015, she survived a gunshot wound while interrupting a violent assault on the street in front of her house. Her manifesto, The School of the Dead, was written in the following months of recovery. Alternating between poem, prayer, and call to action, The School of the Dead is in development as an educational program for aesthetic and social practices that mediate the boundary between the living and the dead. She lectures and teaches workshops nationally. As a hospice volunteer, she has worked with families on home funerals, death vigils, and grief rituals. She is certified in the Grief Recovery Method and trained with Final Passages and the International End of Life Doula Association. She serves on the advisory boards of Recompose and Death Salon. She lectures and teaches workshops nationally. Her work has been featured in Sculpture Magazine, The New Yorker, Nat Brut, Surface Design Journal, Textile: The Journal of Cloth and Culture, and recently in exhibitions at The Museum of the African Diaspora, Pt. 2 Gallery, and Southern Exposure. She has upcoming exhibitions at the San Jose Museum of Quilts and Textiles and the Oakland Museum of California. She is a San Francisco Artadia Award winner and has participated in Facebook AIR program and the Mesa Refuge Writer’s Residency.