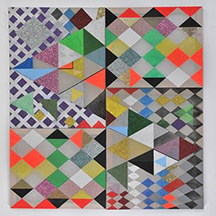 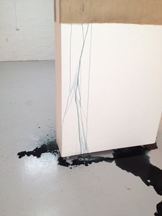 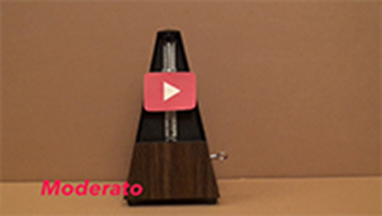 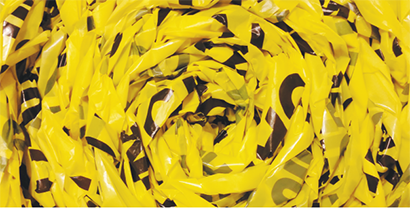 GFA asst. Chair ANNETTA KAPON will show her work in Direct Object/Direct Action! at ACRETV, Chicago, Illinois from Feb.1 to March 31, 2015. The work will also be shown in Three Walls (Chicago) from January 23 to March 21, 2015.

GFA Chair ROY DOWELL will be included in the group exhibition Salon du Dessin at Lennon, Weinberg Inc., in New York from January 8 to February 21, 2014.

with a year-long collaboration with poet Chiwan Choi. The project kicked off on January 31st until December of 2015. All readings/performances will be held in publicly accessible locations and announced on a rolling basis.

GFA Asst. Chair ANNETTA KAPON will show her videos in Retina Rome Video Art Festival at the Macro Factory in Rome, Italy, on February 21 and 22, 2015.

Alum CALVIN PHELPS' ’03 Gallery 2A presented an exhibition of work by Orien Lowell Greenough from January 18 to February 15, 2015.

Alum RANDI GANULIN ’96 is showing Vessels: Environmental Parables at the Dairy Center for the Arts in Boulder colorado from January 23 to February 27, 2015.

Grad ELIF ERKAN was part of a three person exhibition Lemon Leaves at Villa Aurora in the Pacific Palisades from January 23rd to January 29th, 2015.

Alum EDITH BEAUCAGE ‘10 is in an online exhibition Traces of the Gesture at Torrance Art Museum curated by Suzan Lizotte from January 17 to March 7, 2015. http://www.torranceartmuseum.com/onlinegallery

Grad JAMIE-GRACE DAVIS had her MFA thesis exhibition POINTS OF DEPARTURE at the Bolsky Gallery from January 27-31, 2015.

Grad ANGIE KIM has her MFA thesis exhibition SAME at the Bolsky Gallery from February 2 to February 8, 2015.

Alum STEVEN BANKHEAD ‘01 is showing his work in Ges.ture curated by Carl Berg at Arena 1 Gallery from January 31 to March 14, 2015.