All events begin at 4:00 p.m., are free of charge, and in Fall 2020 will be held online. Please register in advance by following the registration links. Once registered, you will receive an event invitation and link to admission. 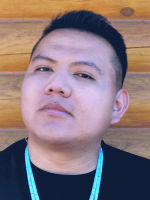 Jake Skeets is Black Streak Wood, born for Water’s Edge. Diné from Vanderwagen, New Mexico, he is the author of Eyes Bottle Dark with a Mouthful of Flowers, a National Poetry Series–winning collection of poems. Skeets is a winner of a 2020 Whiting Award and the 2018 Discovery/Boston Review Poetry Contest. He holds an MFA in poetry from the Institute of American Indian Arts. Skeets edits Cloudthroat and organizes Pollentongue, a poetry salon and reading series based in the Southwest. He is a member of Saad Bee Hózhǫ́: A Diné Writers’ Collective and currently teaches at Diné College in Tsaile, Arizona. 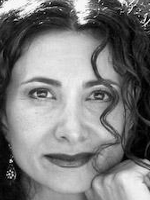 Sholeh Wolpé is an Iranian-born poet, performer, writer, and literary translator. Wolpé’s literary work includes five collections of poetry, several plays, three books of translations, and three anthologies. Her most recent publications include The Conference of the Birds, Cómo escribir una canción de amor, and Keeping Time with Blue Hyacinths. She has performed her literary work with world-renowned musicians at Quincy Jones Presents series on Broad Stage, Skirball Cultural Center Series, Los Angeles Aloud, LA County Museum of Art Ahmanson stage, Singapore Literature Festival, Brisbane Jazz Night with Ingrid James, UNSW School of Arts and Media theater, and other venues. The Inaugural Author in Residence at UCLA in 2018, she is the recipient of a 2014 PEN Heim, 2013 Midwest Book Award, the 2010 Lois Roth Persian Translation prize, as well as artist fellowships and residencies in the U.S., Mexico, Spain, Australia and Switzerland. Her new play, an adaptation of The Conference of the Birds, recently premiered at The Ubuntu Theater in Oakland California. She has taught poetry and literary translation at UCLA and the University of Maine’s Stonecoast MFA program.

October 7: Tananarive Due
Register for this event 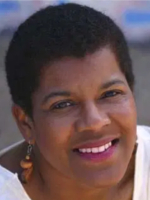 Novelist and screenwriter Tananarive Due has authored more than a dozen books including, Ghost Summer: Stories, My Soul to Keep, and The Good House. She and her late mother, civil rights activist Patricia Stephens Due, co-authored Freedom in the Family: A Mother-Daughter Memoir of the Fight for Civil Rights. A leading voice in black speculative fiction for more than 20 years, Due has won an American Book Award, an NAACP Image Award, a British Fantasy Award, and her writing has been included in best-of-the-year anthologies. Due teaches Black Horror and Afrofuturism at UCLA. She is an executive producer on Shudder’s groundbreaking documentary Horror Noire: A History of Black Horror. She is married to author Steven Barnes, with whom she collaborates on screenplays. 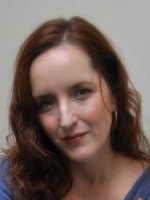 Rebecca Makkai is the Chicago-based author of the novels The Great Believers, The Hundred-Year House, and The Borrower, as well as the short story collection Music for Wartime. The Great Believers was a finalist for the Pulitzer Prize and the National Book Award and received the ALA Carnegie Medal and the LA Times Book Prize, among other honors. Makkai is on the MFA faculties of Sierra Nevada College and Northwestern University, and she is Artistic Director of StoryStudio Chicago. 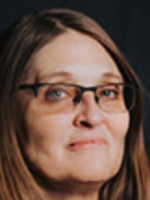 Allison Hedge Coke is a poet, memoirist, anthologist, fiction and scriptwriter whose books include the poetry collections Dog Road Woman, which received the American Book Award, Off-Season City Pipe, Streaming, Burn, The Year of the Rat, Icicles, Blood Run, the memoir Rock, Ghost, Willow, Deer, and Blood Run, a verse-play. Hedge Coke has edited eight additional collections including Ahani, Effigies I, II, & III, They Wanted Children, Coming to Life, and Sing: Poetry from the Indigenous Americas. She has been an invitational performer in poetry festivals in Colombia, Venezuela, Argentina, Canada, and Jordan, a visiting poet at Shandong University in China, and a Hawthornden Castle Resident in Scotland. Some of her awards include King-Chavez-Parks Award, Lifetime Achievement Award Native Writers Circle of the Americas, Wordcrafter of the Year Award, Pen Southwest Book Award, and the 2016 Library of Congress Witter Bynner Fellowship. She is founding faculty for the VCFA MFA in Writing & Publishing program, the Dan & Maggie Inouye Distinguished Chair in Democratic Ideals, and a Distinguished Professor of Creative Writing at the University of California Riverside. 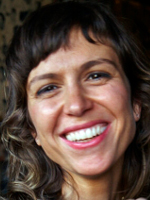 Courtney Maum is the author of the novels Costalegre, a GOOP book club pick and one of Glamour Magazine’s top books of the decade, I Am Having So Much Fun Here Without You, and Touch, a New York Times Editor’s Choice and NPR Best Book of the Year selection, and the handbook Before and After the Book Deal: A writer’s guide to finishing, publishing, promoting, and surviving your first book. Maum’s writing has been widely published in such outlets as the New York Times, and O, the Oprah Magazine, and her short story This is Not Your Fault was turned into an Audible Original at Amazon. On the screenwriting front, she won the Audi Talent Award at The Cannes Film Festival in 2011 and the Crystal Globe at the Karlovy Vary International Film Festival in 2015. Maum has a writing-advice newsletter, “Get Published, Stay Published,” and is the founder of the collaborative retreat program, The Cabins. 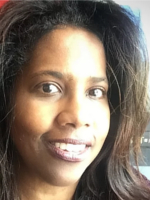 Lynell George is a journalist and essayist. After/Image: Los Angeles Outside the Frame is her first book of essays and photography. She is author of No Crystal Stair: African-Americans in the City of Angels, a collection of features and essays drawn from her reporting, and of the forthcoming A Handful of Earth, A Handful of Sky: The World of Octavia E. Butler. A former staff writer for both the Los Angeles Times and L.A. Weekly, she is a contributing arts-and-culture columnist for KCET|Artbound. Her work has appeared in various essay collections, including The Black Body, Writing Los Angeles: A Literary Anthology and LAtitudes: An Angeleno’s Atlas. Her commentary has been featured in numerous news and feature outlets including Boom: A Journal of California, Smithsonian, KPCC The Frame, Los Angeles Review of Books, Vibe, Chicago Tribune, Washington Post, Essence, Black Clock, and Ms. Her liner notes for “Otis Redding Live at the Whisky a Go Go” earned a 2017 GRAMMY award. She taught journalism at Loyola Marymount University, was a USC Annenberg/Getty Arts Journalism Fellow in 2013, and in 2017 received the Huntington Library’s Alan Jutzi Fellowship for her studies of California writer Octavia E. Butler. 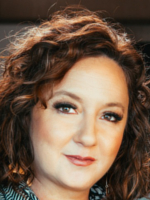 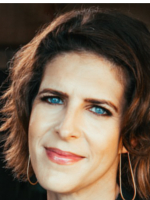 Cassidy Lucas is the pen name of writing duo Julia Fierro and Caeli Wolfson Widger. Lucas has authored the novels Santa Monica, forthcoming in October 2020 and The Canyon, to be published in Fall 2021. Julia Fierro is the author of the novels The Gypsy Moth Summer and Cutting Teeth. Her work has been published in the New York Times, Poets & Writers, Buzzfeed, Glamour, The Millions, Flavorwire, Lenny Letter, and elsewhere. She has been profiled in Brooklyn Magazine, the L Magazine, The Observer and The Economist. A graduate of the Iowa Writer’s Workshop, Fierro founded The Sackett Street Writers’ Workshop in 2002, which has grown into a creative home to 5,000 writers in NYC, Los Angeles, and Online. Caeli Wolfson Widger’s novels include Mother of Invention and Real Happy Family. Her work has appeared in the New York Times Magazine, Another Chicago Magazine, and the Madison Review, as well as on NPR and CBS Radio. She earned her MFA from the University of Montana and has taught creative writing at the Sackett Street Writers' Workshop, University College London, and Johns Hopkins University. 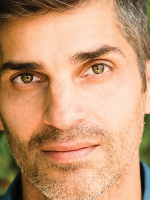 Blas Falconer’s poetry collections include Forgive the Body This Failure, The Foundling Wheel, A Question of Gravity and Light, and The Perfect Hour. He is also a co-editor for The Other Latin@: Writing Against a Singular Identity, and Mentor & Muse: Essays from Poets to Poets. Falconer’s awards include a 2011 National Endowment for the Arts Fellowship, the Maureen Egen Writers Exchange Award from Poets & Writers, a Tennessee Individual Artist Grant, the New Delta Review Eyster Prize for Poetry, and the Barthelme Fellowship. He teaches in the MFA program at San Diego State University. 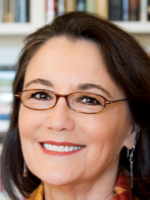 Aimee Liu is author of the novel Glorious Boy, as well as the bestsellers Flash House, Cloud Mountain, and Face, and the memoirs Gaining: The Truth About Life After Eating Disorders and Solitaire. Her books have been translated into more than a dozen languages, published as a Literary Guild Super Release, and serialized in Good Housekeeping. She’s received a Barnes & Noble Discover Great New Writers Award, a Bosque Fiction Prize, and special mention by the Pushcart Prize. Her essays have appeared in the Los Angeles Review of Books, the Los Angeles Times, Poets & Writers, and many other periodicals and anthologies. A past president of PEN Center USA, she is on the faculty of Goddard College’s MFA in Creative Writing Program at Port Townsend, WA. 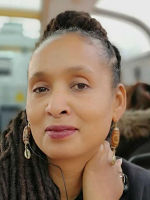 Literary editor of Harriet Tubman Press, Shonda Buchanan is an award-winning poet and educator. She is the author of the memoir Black Indian. Her collections of poetry include Who’s Afraid of Black Indians? and Equipoise: Poems from Goddess Country. She edited the anthologies Voices from Leimert Park and Voices from Leimert Park Redux. Buchanan is a Writing Arts Sundance Institute Fellow, a Jentel Artist Fellow, and PEN USA Emerging Voices Alum. 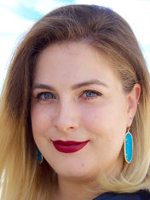 Halley Sutton received her MFA in Writing from Otis College of Art and Design. Her debut novel, The Lady Upstairs, is a feminist noir forthcoming from Putnam. She is a Pitch Wars mentor and her work has appeared in CrimeReads, LitHub, Monday Night, and elsewhere. 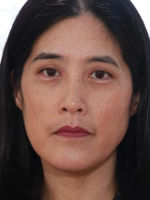 Victoria Chang is the author of the poetry collections OBIT, winner of the 2018 Alice Fay Di Castagnola Award from the Poetry Society of America, Barbie Chang, The Boss, winner of a PEN Center USA Literary Award and a California Book Award, Salvinia Molesta, and Circle, winner of the Crab Orchard Series in Poetry. Chang is also the author of the middle grade novel in verse Love, Love and the picture book Is Mommy?, illustrated by Marla Frazee. She is the editor of the anthology Asian American Poetry: The Next Generation. She has received a Guggenheim Fellowship, a Katherine Min MacDowell Fellowship, a Sustainable Arts Foundation Fellowship, a Pushcart, a Lannan Residency Fellowship, and other awards. Her poems have been published in Best American Poetry. Chang serves as a contributing editor of Copper Nickel and a poetry editor of Tupelo Quarterly and serves on the National Book Critics Circle Board. She is the Program Chair of Antioch University’s low-residency MFA Program, and co-coordinates the Idyllwild Writers Week.