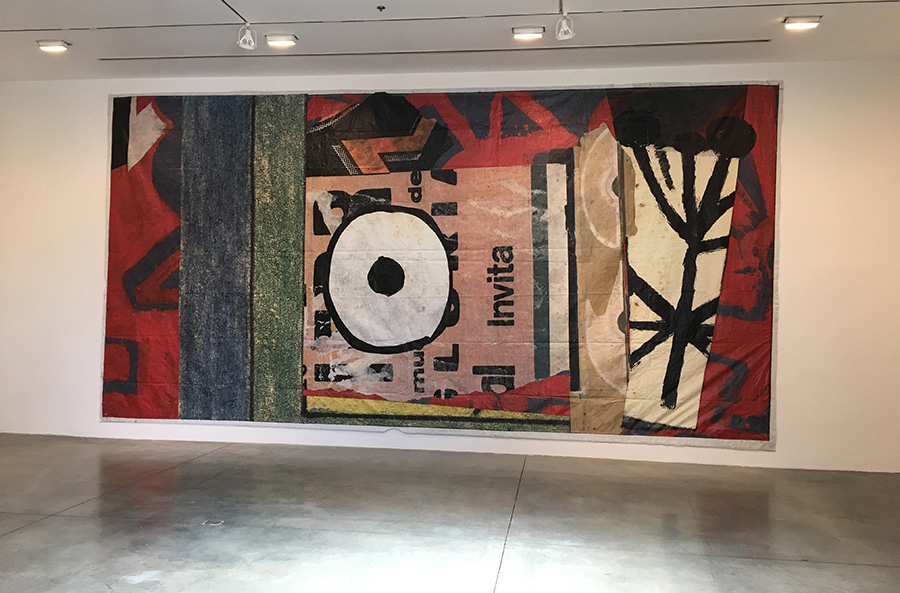 Many artists do not like to reveal the stages and transformations during the making of their work. Roy Dowell’s new exhibition, Found in Translation, on the contrary, highlights the sources, collaborations and behind-the-scenes translations that were a part of the making of his large billboard, initially meant to be seen from a great distance and speed. Thus, he invites the public to compare, evaluate and enjoy the process from private to public and back to private, as the now-aged billboard is seen from close up in the gallery. The exhibition will run in Otis College’s Bolsky Gallery from June 4 through August 3, with a reception on June 15 from 3-5pm. 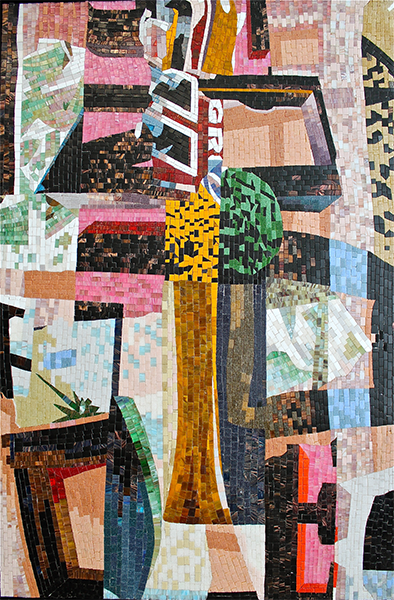 The exhibition is comprised of eight pieces: one billboard, three mosaics, and the four collages that were the original images that the other four pieces were based on. The collages are, in part, made from scraps of found advertising billboards. In this way the large public image is made intimate. The large billboard in this exhibition was a direct copy of one of the collages, transformed back from the intimacy of its parts to a large and public form. The three mosaics are interpretations of the collages. The fabrication of these pieces challenged the craftspeople who made them to interpret and invent ways of depicting the materials used in the collages with glass tiles and to add and enhance what they thought might be missing or needed from the originals.

What is found in this translation is the invitation for the viewer to engage in an investigation of transformation, to locate what has been invented and changed, and to experience that which was intended originally for a one-on-one intimate viewing experience now made public. Additionally, the marks of age and use on the billboard transform it into a document of its use. The evidence of the environment alters and transforms the surface of the image and draws attention to its materiality.

Roy Dowell is founding and former Chair of the MFA Fine Arts department at Otis College of Art and Design. Dowell's work is included in the collections of the Los Angeles County Museum of Art, the Museum of Contemporary Art in Los Angeles, the Hammer Museum, and in many other significant institutional and private collections. He lives and works in Los Angeles and San Miguel de Allende, Mexico.