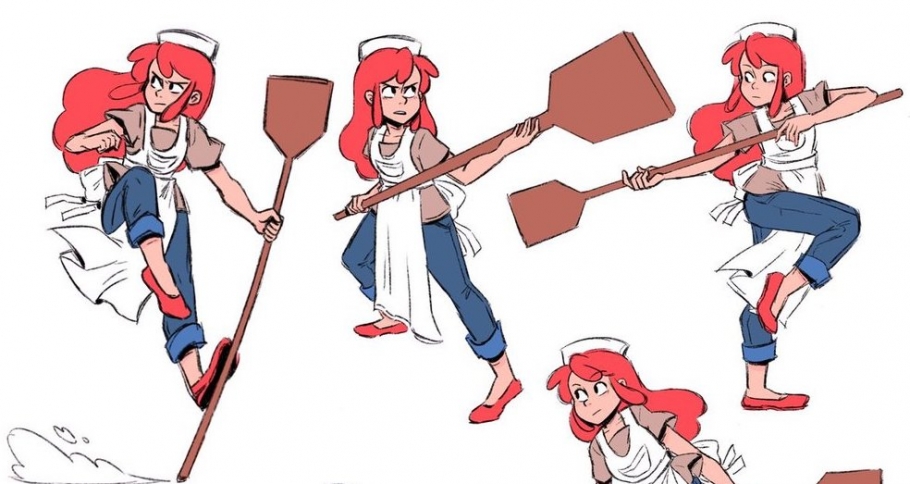 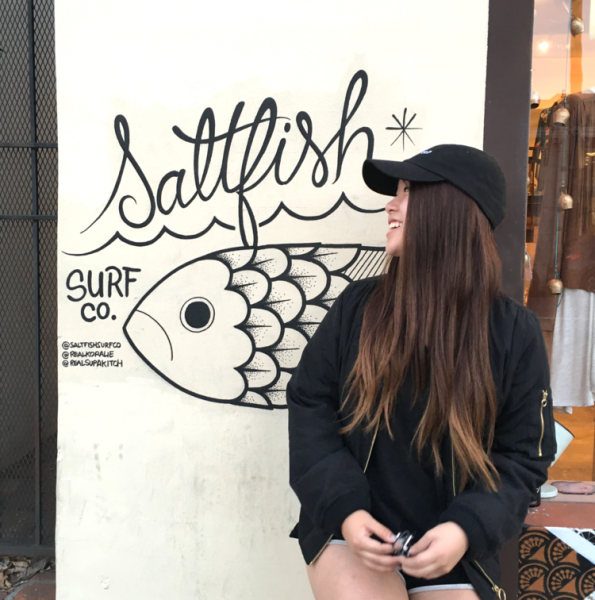 How did you get your current job?

My job as a storyboard artist on Infinity Train actually came as a surprise. I was on Craig of the Creek as a storyboard revisionist for roughly two years, and I was already a huge fan of Infinity Train before that. I remember the pilot came out in 2016—while I was still in school—and I was so excited about it. I thought, “I’d love to work on something like that one day.” It turns out that Owen Dennis, the showrunner and creator of Infinity Train, had been a fan of my work for a while, and, when the time came, they called me up for an interview. Soon after, I got the call that they wanted me on the team, and I jumped at the chance immediately.

When you started at Otis College, did you know specifically what you wanted to do professionally when you graduated?

I’ve actually known what I’ve wanted to do for a very long time—I think in the 5th grade I watched a behind-the-scenes [video] of Cinderella on the platinum edition DVD. I saw the pictures of storyboard artists pitching their boards for the movie and thought, “I want to do that!” Storyboarding and animating have always been huge goals of mine, and I never looked back.

In what ways did Otis prepare you for your professional life?

The Foundation year of Otis was the most helpful for me, personally. Good draftsmanship is essential to my job, and the fact that we went over foundational drawing skills helped me immensely.

What lesson about working professionally as an artist do you wish you had learned sooner than you did?

One of the things I wish I knew sooner was that you shouldn’t kill yourself over work. While I was in school I took as many freelance jobs as I could—on top of being a student—and I gave myself so many lifelong health issues that I still deal with today. Doing this was even encouraged by a lot of people that I looked up to. Work is important, but if you’re dead you’re never going to be able to make the work that you want to.

Were there any animated characters and shows that inspired you when you were younger?

The shows that really influenced me are all across the map, but Avatar: The Last Airbender is one of the biggest. I never get tired of watching and rewatching it every so often. It’s a great piece of media to study.

Which animated character do you most identify with now?

This is difficult to really pinpoint, but I relate a lot with Toph from Avatar: The Last Airbender. I feel like we both have the same attitude for a lot of things. 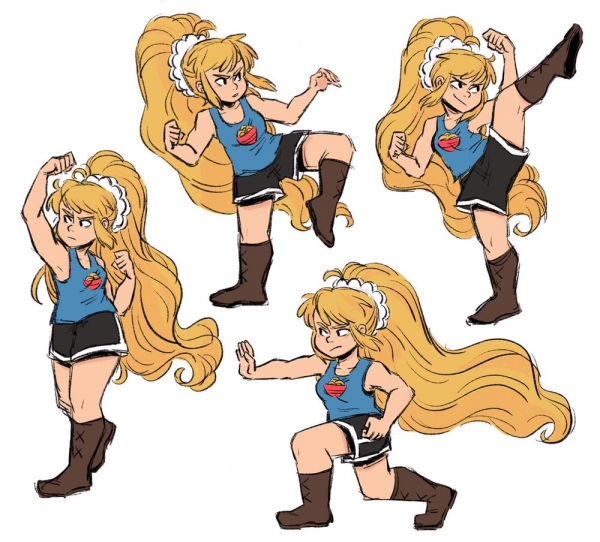 What is the biggest misconception people have about storyboarding?

I asked my friends for help with this one, so these points come from a bunch of different board artists. A lot of people think that storyboarding is easy to suddenly jump into… It’s a ton of work, emotionally and physically. You need to have a wide breadth of knowledge for filmmaking, on both spectrums of live-action and animation. You need to be able to adapt well to a show/film’s style, voice, and overall fit. Storyboarding is also not about making cool-looking scenes all the time—this is where the knowledge for filmmaking comes into play. You need to choose the right shot, not the coolest shot, for the scene. You have to be prepared to slave over a scene and know that there will be a chance it’s all thrown away. Storyboarding isn’t for everyone. You need to realize if it’s something you really want to get into.

What are your favorite creative tools?

At the moment, the industry standard for boarding in TV is Storyboard Pro. I love this program with all my heart. Other programs are Clip Studio Paint for drawing and making comics, and Harmony for animating. I also regularly use pen and paper, and Post-It notes! I think at work we go through thousands of Post-Its a month.

Who are your professional heroes?

The people I’ve looked up to since forever would have to be James Baxter, Sergio Pablos, Jennifer Yuh Nelson, and Steven Ahn. If you have the chance to look up all of these people’s work, please do!

What is your dream job?

I’m currently living my dream at the moment, honestly. I guess I would like to supervise/direct one day, but I really love boarding and being able to animate and make comics on the side. I’m super happy where I am!

Illustrations and portrait provided by Lum.