Markus Maciel, Toy Design Assistant Chair at Otis College, on the State of Play in the Toy Industry | Otis College of Art and Design
Skip to main content

Markus Maciel, Toy Design Assistant Chair at Otis College, on the State of Play in the Toy Industry

“Even a simple toy has a story to tell,” says Maciel, who helps students of all levels at Otis College create the latest, greatest playthings.
Anna Raya 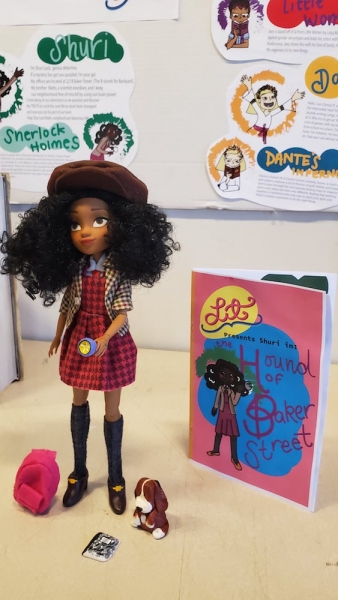 Even though he’s immersed in a world of make-believe, Markus Maciel (BFA Toy Design, ’01) roots his work in real-life pragmatism. As assistant chair of the Toy Design Department at Otis College of Art and Design, Maciel helps students essentially re-live their childhoods as they dream up toy characters and games to successfully launch to market. “Even a simple toy has a story to tell,” Maciel says. “There’s a part of that toy that is going to allow a child to engage in their own imagination. A lot of times we don’t even consider how the toy will be played beyond the original story—that’s the magic and beauty of kids playing with something.”

But there’s a catch. “Toy design is an ever-changing landscape,” Maciel says. “We enforce the fact that all students have to design something that has a realistic standpoint and fingerprint—who are you making the toy for, what is the child’s age, how much will the toy cost, and does it fit the landscape of the market? It’s very easy to think of hypotheticals, but we always think of the realistic sense of a toy.”

And the toy marketplace can be a fickle place for designers. Competing for originality is a reliance on existing IP—Star Wars, the Marvel Universe, for example—so creating something fresh and new is tough in the crowded field. “The goal is to reinvent something, reinvent that fun and play pattern,” Maciel says. “Once that toy is purchased and taken home, what is the engagement about? Even just the packaging—the experience of taking the product out of its package—is half the fun now.” Technology also continues to shape the industry. Maciel says there is a digital fingerprint with toys, one that owes something to the influence and growth of online gaming, and a kid’s expectation of having a similar online experience with a physical toy: “‘Can I play with this toy and also share my interaction with it with someone else?’” Maciel says. In the near future, he adds, “Kids will have the capability of being able to design a toy, prototype it, and actually produce it at home. It’s going to change production in the industry.” 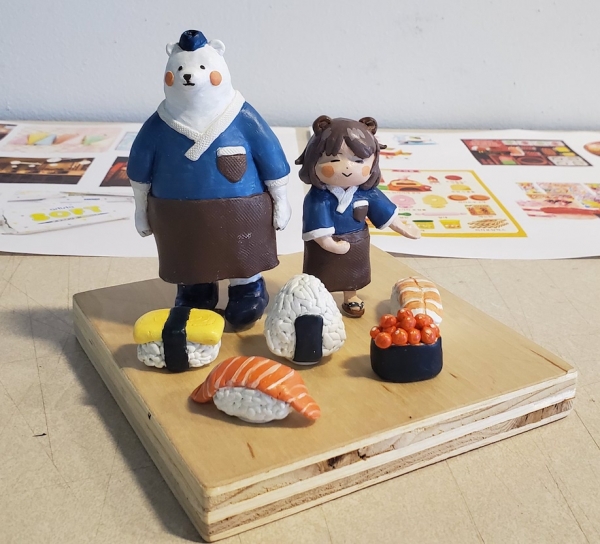 Toy Design at Otis College is taught to a spectrum of students, from the BFA candidates in the undergraduate program (one of only two colleges to offer a Toy Design degree in the United States), to adult students in the Extension program, to high-schoolers who attend Summer of Art.

Students of all levels learn how to ideate, draw, and make a model of their toy designs. Those in both the Extension and Summer of Art classes finish with fully fleshed out concept boards, and, in some cases, prototypes that are used to present their ideas to their peers. “These courses are challenging, there are a lot of new concepts that the students have to learn, fully digest, and then produce—not only a viable, unique product or toy concept, but a model that represents their idea,” Maciel says. “It’s a great way to get a general understanding of what a college-level course would entail. Despite these challenges, each year students push themselves in such surprising ways that keep me driven and excited to teach.” 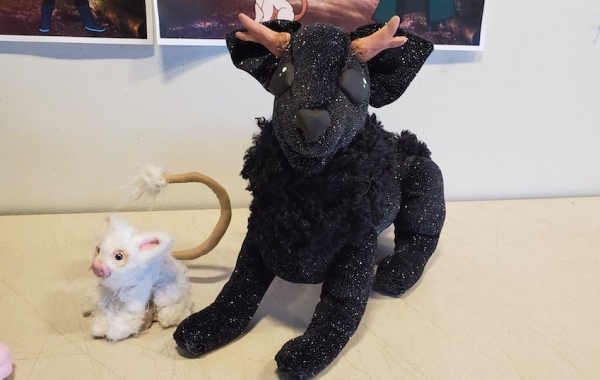 The ideal toy design student “is willing to learn new skills, is open to explore new concepts, and has a passion for design,” Maciel says. A love for toys is all you really need. “No matter our age, we never lose that sense of play.”

As a Toy Design alum who has spent over 15 years in the industry, Maciel knows how to prepare Otis College students for professional life in the field, having worked at Razor Scooter, International Toy, and Mattel, where he started a training center that conducted international training and development with toy designers. He also has his own toy design company, where he’s worked with most of the major toy companies in the business. “I came to [Otis College] when the Toy Design program first started. I was in the second graduating class,” Maciel says. “I studied design, but when I got hired at Mattel I went into the engineering department. My dad was an engineer in manufacturing, so I had some foresight…. I’ve had extensive experience with the production side, the manufacturing side, and design.”

Through it all, he’s never lost sight the childhood experiences that impact him to this day. “As a toy designer, your job is centered around entertainment licenses, brands, and the playfulness of toys,” Maciel says. “One element that adds so much value to the career of a toy designer is how your job is never boring. Play is inherent in who we are—as a toy designer, you have the chance to impact this in so many extraordinary ways.”