Otis Celebration of Military Veterans in the Arts 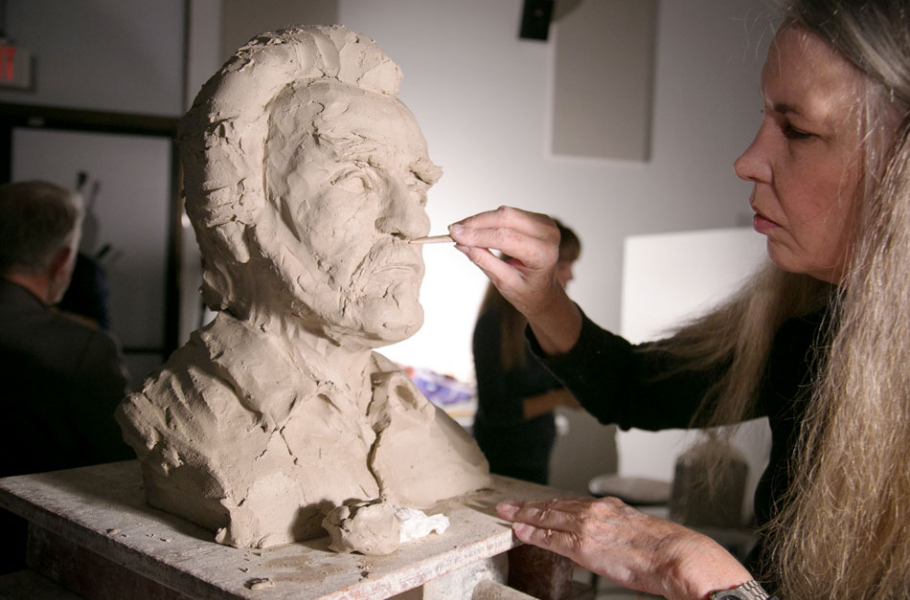 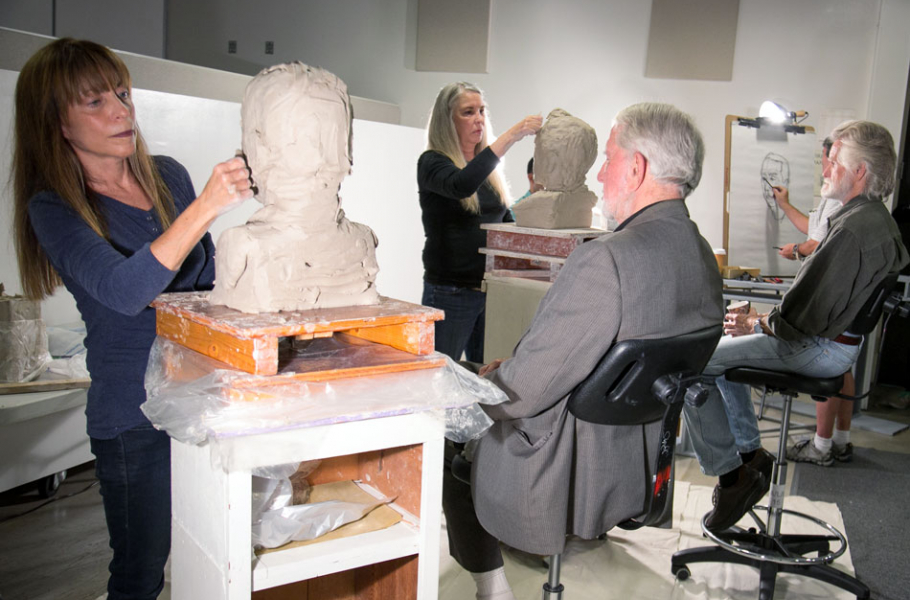 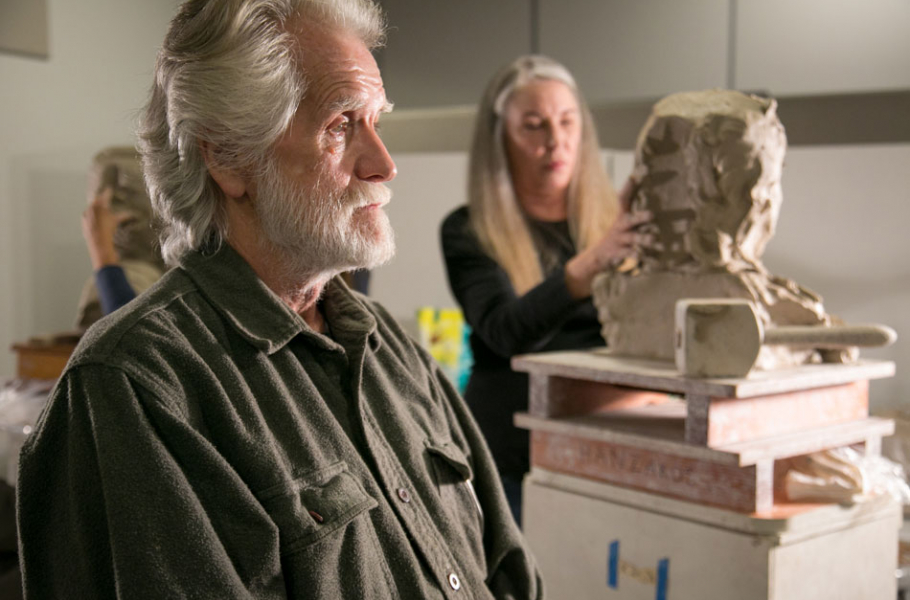 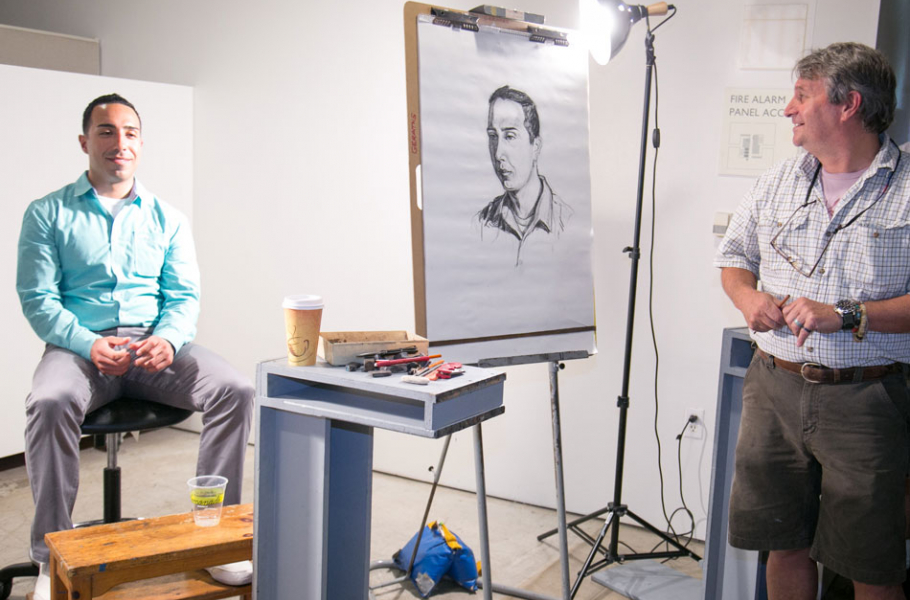 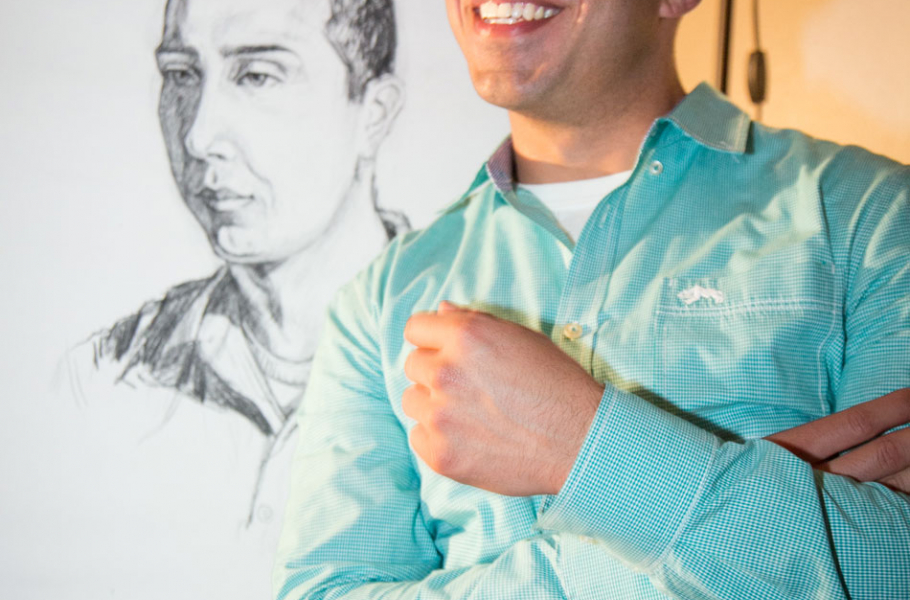 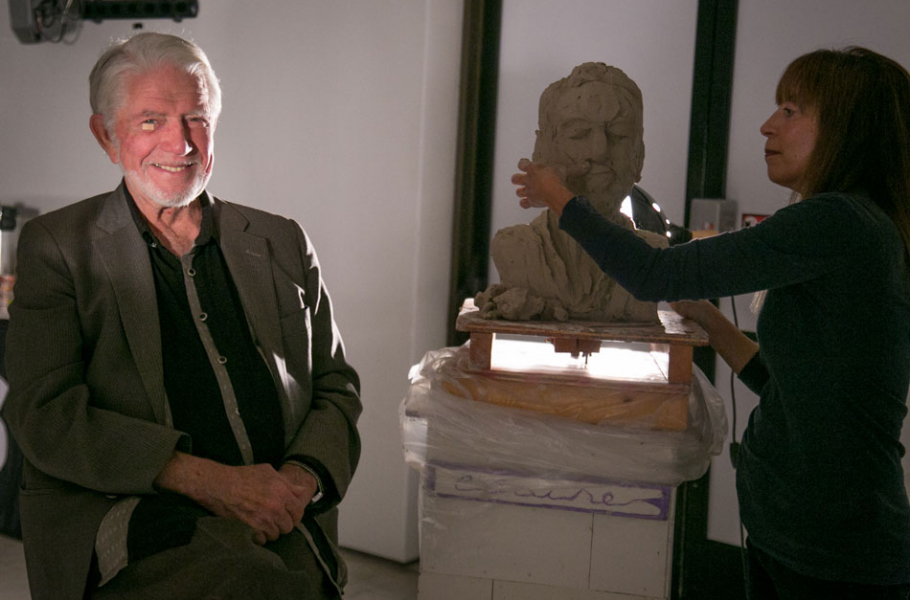 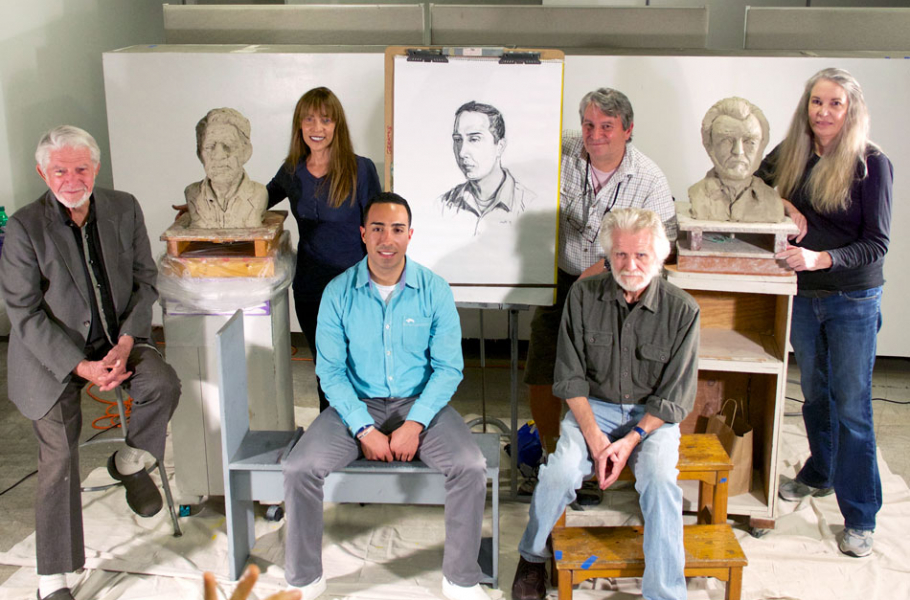 < >
Last night, Otis College of Art and Design and the Otis Veteran’s Association, in conjunction with Craft in America, presented an evening honoring America’s servicemen and women.
Held on campus, the event began with a live demonstration sponsored by the Los Angeles-based Art Options Foundation as part of its Face to Face visual art project, which involves the sculpting of 100 life-sized busts of men and women veterans as an act of remembrance and historical record.
Two sculptors and one drawing instructor worked on creating the likenesses of three Otis alumni who are veteran artists: Tom Van Sant (’57 MFA), Kent Twitchell (’77 MFA), and George Martinez (’14 BFA).
While a buffet dinner was provided by Lemonade, the audience watched a 13-minute documentary about the Face to Face project, and the sculpting and drawing continued.
Next, the award-winning series Craft in America premiered its newest documentary, “Service,” exploring creativity and healing among our nation’s veterans and soldiers.
Afterwards, the artists revealed their finished works of art representing the veteran alumni.
The event was developed through Otis’ Creative Action class “Clay in LA: 1945 to Present,” which is supported, in part, by a grant from the Hearst Foundations. Additional support for the Otis Veterans Association is provided by The Ahmanson Foundation and its Ahmanson Veteran’s Scholarship Initiative. This event was co-organized by Jo Lauria of Craft in America, who is also a Creative Action mentor.
“Service” will be broadcast nationwide on PBS on November 2, 2014. KOCE Los Angeles will air “Service” at 10:30pm Sun. Nov. 2nd.