For Irina Tevzadze, one of the biggest takeaways from Otis College’s Fashion Design Retreat was “that the modern and current trend is for fashion to become an even more rigorous interdisciplinary career,” she says. 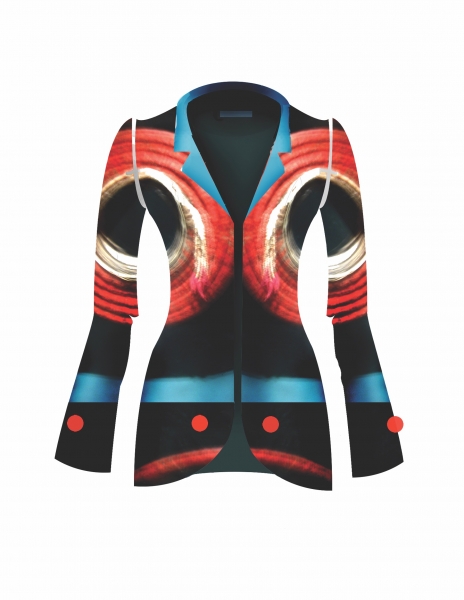 The designer-instructor—who currently teaches fashion design at the Herberger Institute for Design and Arts at Arizona State University—has always viewed art and fashion as being closely connected, and the Retreat allowed her to dive deeper into the ways that they are. Led by Amy Bond, fashion designer, Extension instructor, and Project Runway season 16 contestant, the Fashion Design Retreat is a 10-day, fully immersive program for any level of expertise, which focuses on a non-traditional, mixed-media approach to fashion design.

“As I participated in the residency twice, I noticed that many newcomer fashion residents were not aware of the strong interdisciplinary connections and relationships through which fashion is intertwined with other fields,” Tevzadze adds. “As a result of Amy’s teaching style, she leads the residents to this discovery, which becomes a surprise for many of them. In the end, residents leave with an expanded understanding and vision, equipped with many new ingredients.”

As part of a museum workshop in summer 2018, residents created one-of-a-kind wearable pieces inspired by a Shinique Smith exhibition that was on view at the California African American Museum, and presented the pieces during a show at the end of the program. “The result was to discover many things about yourself, and how your brain starts to operate when you go through extremes,” says Tevzadze.

Tevzadze, who describes her own work as “minimalistic and functional, with a hint of something unexpected,” is originally from Tbilisi, Georgia, and was an assistant professor at Stephens College in Columbia, Missouri before landing in Phoenix to teach at ASU. She was drawn to the Fashion Design Retreat at Otis College on the strength of Bond’s reputation in the fashion industry (see below). She recommends the Retreat to “every curious designer or educator who has the desire to grow professionally and artistically." 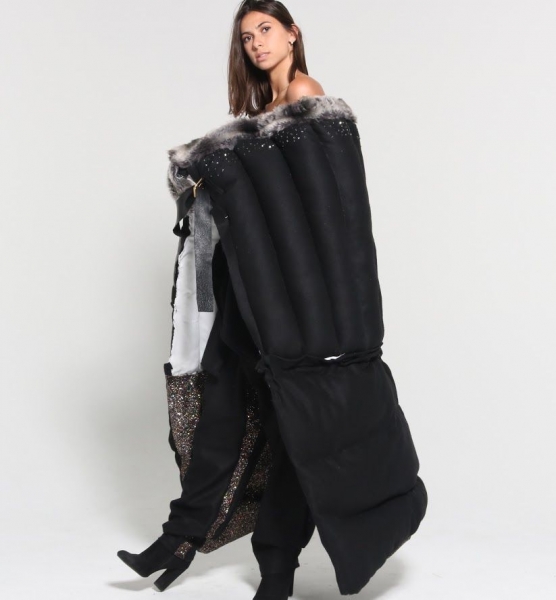 Miller McCoy attended the Fashion Design Retreat last year, having segued in his own work from everyday clothing to something more high-end, including cut-and-sew, one-of-a-kind art pieces. Before the retreat, he was mostly self-taught, focusing primarily on upcycling clothes for his line, HUMAN Clothing. “I was in search of self-growth,” says the Des Moines, IA native. “I knew I had to take this step and stretch out of my comfort zone to grow in this industry.” He was nervous at first, worried that his work might not be at the same level as his fellow residents. “But I quickly found myself wrapped up in a friendly group of like-minded people, all searching for growth and knowledge in the industry. Amy [Bond] was able to help multiple people with multiple issues, all at the same time, and kept things running smoothly for all of us.”

At the end of the Retreat, McCoy says he was amazed at the gains he and others made in just 10 days. “Learning metal-working and welding for jewelry use was mind blowing to me, as were all of the different workshops and labs provided by Otis,” he says. “They helped us learn and create so much in such a short time.” McCoy describes much of his current work as completely handmade, with an intricate focus on fit and a whimsical, abstract aesthetic. There’s also a heavy street fashion influence. “I use the skills I learned during the week at Otis every day in my art and fashion work.” 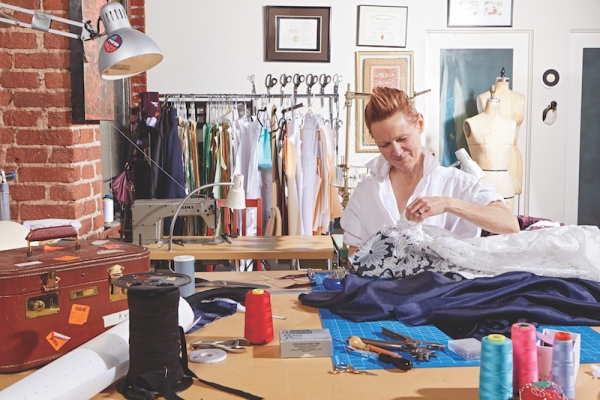 Amy Bond holds both BFA and MFA degrees in fashion design (from Stephens College and Academy of Art University, respectively), and has created couture bridal gowns, launched her own fashion label, competed on Project Runway, and recently produced a fashion competition reality show, Next in Fashion, which debuts on Netflix on January 29, 2020. Currently, she is the Creative Director for the clothing company Vertigo USA. Bond teaches fashion design at Otis College’s Extension and pre-college Summer of Art Program, as well as the Fashion Design Retreat.

For information about Residency Programs at Otis College, please visit this link. Applications for the Fashion Design Retreat currently are being accepted, with priority given to those received by February 3, 2020 (which is also the deadline for fellowship consideration). For more information and to apply, click here.