Otis at the World Illustration Awards 2019 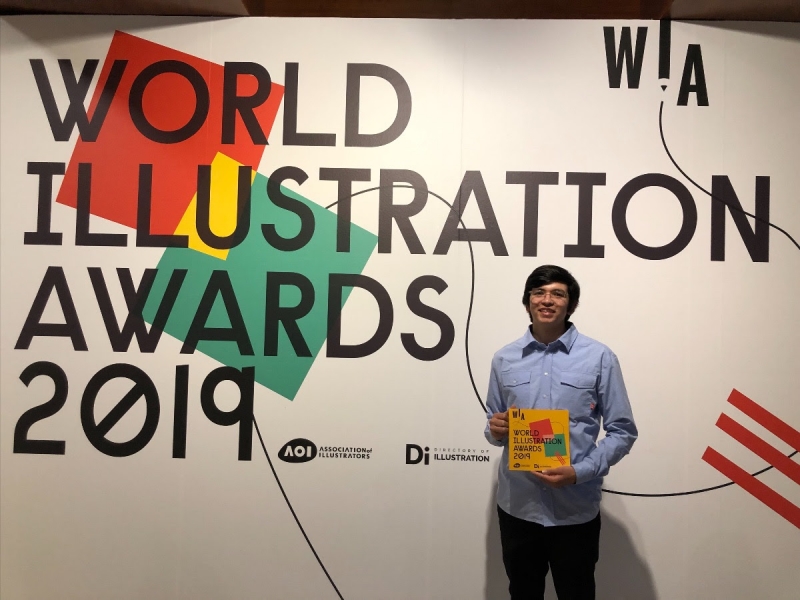 This year's WIA was hosted at the Somerset House in central London. The exhibition was composed of 3,680 entries from 68 countries. Of the 3,680 entries, 200 projects were shortlisted and selected to be part of the exhibition. Not only is the shortlisted work featured in the show, but all 200 projects can be found on the AOI's website under the World Illustration Awards category and are also published in a book put together by the Directory of Illustration to be sent to illustration commissioners throughout the UK and US.

Though the opportunity to visit London and attend the private opening sounded like an amazing opportunity, I wasn't 100% sure I would be able to go due to my financial situation. A friend of mine who works at Otis in Admissions gave me the idea of fundraising for the trip by making a limited run of prints. I did just that, and the response I received was extremely positive and much better than I ever expected. I'm incredibly thankful for everyone who supported and sent me positivity in some way. With the money earned from selling prints and working on multiple creative projects, the trip to London became a reality. 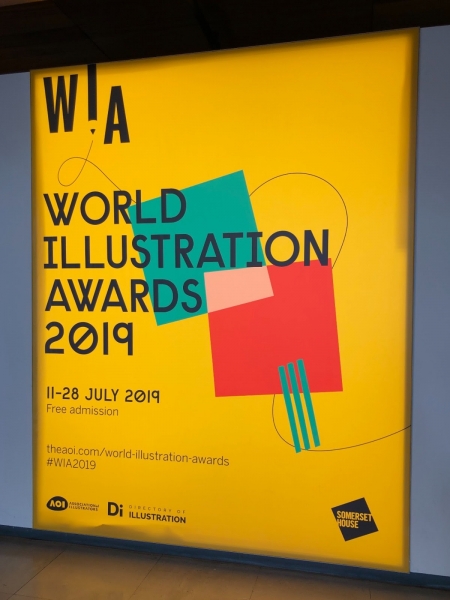 First stop, Somerset House. Somerset House is a large beautiful building in central London, near Covent Garden, who host an array of events all year long. The Association of Illustrators asked me a few days in advance if I had any items to exhibit my work in context. Seeing the way illustration is used in context gives the viewer additional insight on why certain decisions were made and help elevate the exhibition. Otis kindly donated multiple view books, postcards, and a shirt (available for purchase at Otis's store on campus) that feature the illustrations from the campaign.

As I arrived to drop off the additional work, final curation decisions were being made and work was partially hung. The moment I saw all the projects together in a space was a treat. The projects in the show ranged from 3D models, embroidery, animation, large scale interactive installations, watercolor, woodcuts, digital illustration, and more. The work varied in scale, making it a very interesting space. Each piece was super good! I was amazed at my first impression of the show and left the gallery feeling excited to explore.

One of the most refreshing parts of the journey throughout London was the transit systems. I’m used to LA’s way of getting around which, the majority of the time, involves a car. London offers plenty of other options to get around, to the point where having a car isn’t necessary. My preferred method of travel was the Tube, London’s underground railway system. The whole experience of tapping the Oyster card and walking down into the long tunnels filled with echoing English accents to get to the boarding area, is an experience I’ll miss while I’m in LA. I liked seeing all the printed advertisements throughout the underground system. There was a poster hanging near the escalators and boarding area that was an honorable mention in WIA’s exhibition last year. It read “Mind The Gap” a phrase that was constantly announced and documnented throughout the underground. It's stuck in my head ever since.

The overground train usually had fewer people riding and more room to breathe. Riding the overground also presented a nice view of the city, in comparison to the underground where the windows either displayed advertisements or dark tunnel walls. The double-decker buses also allowed a pleasant view of the city, but they were boiling hot on the inside; to the point where it felt you would sweat less if you walked to your destination. Walking was another highlight of the city. It was so nice to spend time with the cobble stone sidewalks and stop to appreciate the surrounding grand architecture.

The day leading up to the exhibition was a long and exciting one. I walked around all day in my fancy shoes, so I was feeling pretty good. As I stepped up to the entrance I was greeted with an ice cold beer by Beck’s, one of the exhibition’s sponsors. The gallery quickly filled with creatives from all over the world. We were surrounded by incredible illustration and an abundance of insight and inspiration. A few very deserving projects received honorable mentions. 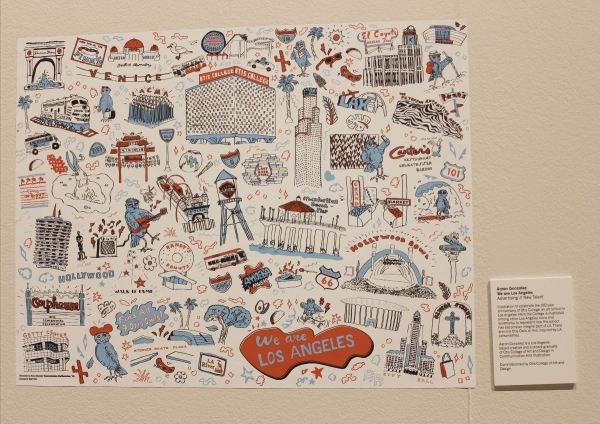 The exhibition was broken up into several categories: Advertising, Books, Children’s Books, Design, Editorial, Experimental, Research, and Site Specific. It also included Professional and New Talent entries within each category. The projects were displayed salon style in groups based on the category they fell in. Each piece had a label beside it providing additional info on the artwork, artist and commissioner. "We Are Los Angeles" was shortlisted in the Advertising/New Talent category. 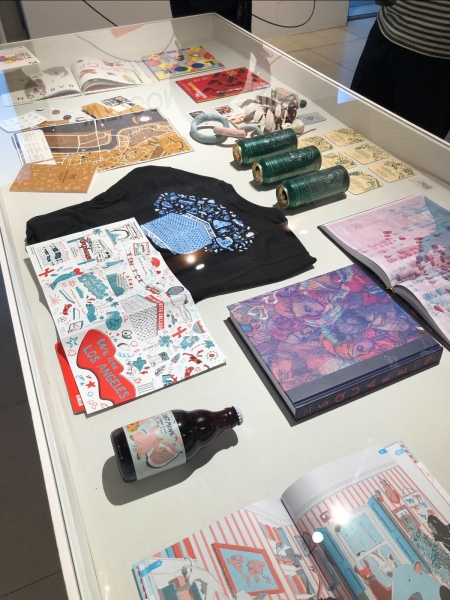 The AOI did a great job of curating all the work in context. The work in context materials help tell the story of how the illustration is turned into a tangible object. All categories were blended together in display cases and additional books were shown on a shelf. I felt honored to have my work exhibited alongside so many stunning projects. I left the show extremely inspired and filled with ideas on future projects. I stayed up really late that night flipping through and studying the book featuring all projects from the show.

I did my very best to visit both the grime and elegance of London. I also made sure to drink lots of coffee, tea, and beer along the way. I visited many of the landmarks, but a personal favorite was a visit to Shoreditch located on the East End of London. Shoreditch seemed to be a creative hub with lots of boutiques, galleries, and artwork adorning the streets. The people were also very down to earth and interesting to talk to. The Nomadic Gardens was definitely a highlight within Shoreditch, and wasn’t what I expected when my waitress recommended visiting this cultural icon. It’s a garden designed by locals with an aesthetic that blends chandeliers, roses, abandoned tires, rusty bicycles, and old boats. It was covered in spray paint, hosted beautiful sculptures constructed from found objects, and is located under train tracks. The Nomadic Gardens is the perfect youth gathering center. I’m a big fan of areas designed and sustained by young people. I was also proud to check off skating South Bank from my personal bucket list.

All in all, I’m very thankful for this incredible opportunity and am excited to take on whatever comes next.

Aaron Gonzalez is a Los Angeles based creative who specializes in illustration. Aaron maintains an interdisciplinary design skill set that includes a broad range of interests. His skills and interests include illustration, branding/visual identity, product design, apparel design, art direction, and service design. Aaron is constantly finding new outlets for creativity and is enthusiastic about collaboration. He is a recent graduate of Otis College of Art and Design in Communication Arts (BFA ’19). Learn more at https://a-gonzalez.com/