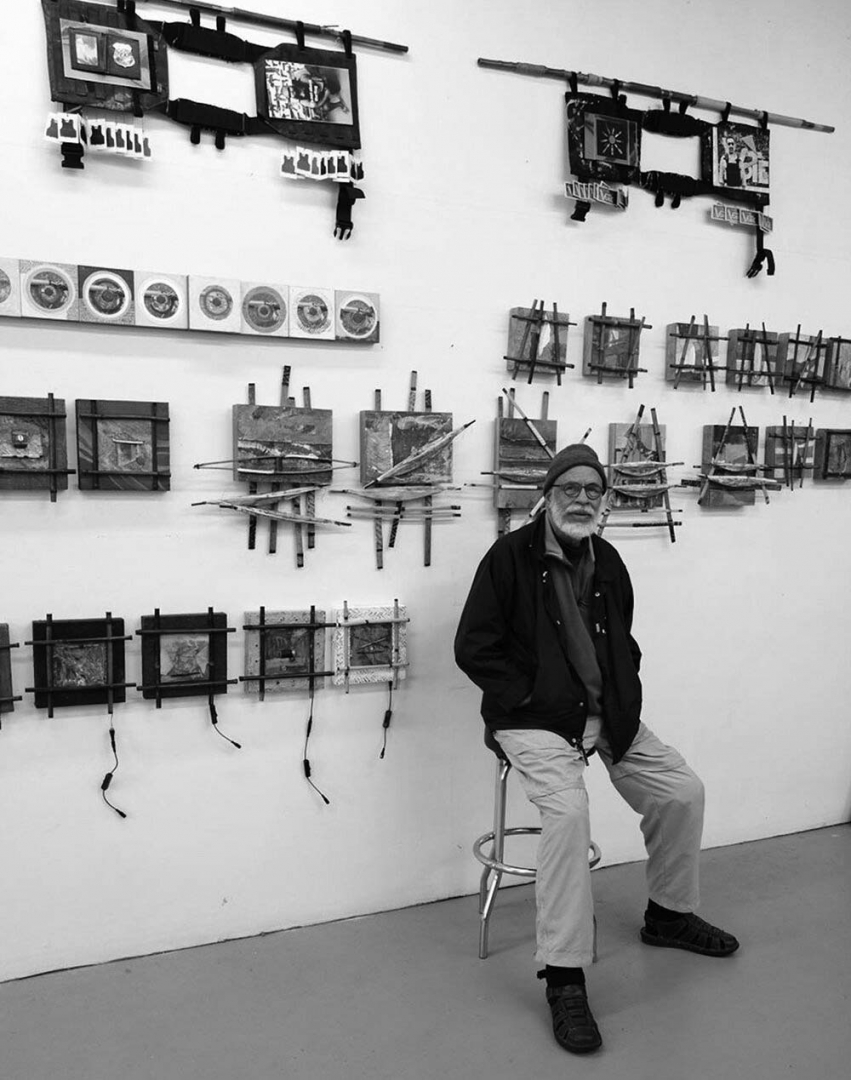 Join us for Alumnx Exploration Series with speaker, alumnx Alonzo Davis ('73 MFA Fine Arts), in conversation with Sarah Russin, Executive Director at LACE (Los Angeles Contemporary Exhibitions), during which they will talk about Davis's practice and current projects.

Alonzo J. Davis’s career as an artist spans four decades. A native of Tuskegee, Alabama, Davis moved with his family to Los Angeles in his early teens. After acquiring an undergraduate degree at Pepperdine College, he earned an MFA in Printmaking and Design at the then-named Otis Art Institute. Influenced early on by the assemblagists, Davis soon took wing and began to experiment with a variety of mediums, techniques, and themes. At the suggestion of artist and former professor, Charles White, Davis began to produce prints and paintings in series.

While he was inspired by travel to Africa, the Caribbean and American Southwest, the colors and patterns of the Pacific Rim cultures also seeped into Davis’s artwork. During the ‘70s and early ‘80s, Davis’s involvement in the California mural movement culminated with the 1984 Olympic Murals project. His Eye on ’84 is one of 10 murals on the walls of the downtown Los Angeles Harbor Freeway.

Executive Director at Los Angeles Contemporary Exhibitions since 2014, Sarah Russin is expanding upon LACE’s experimental spirit and legacy of presenting groundbreaking and socially engaged art. With the LACE team and board of directors, Sarah is dedicated to the development and support of artists and artistic communities, and to offering LACE as a communal center that welcomes a broad audience to experience and create dialogue around contemporary art and culture. Shortly after arriving at LACE, she established two signature annual programs: the Emerging Curator’s Program, designed to discover curatorial talent in Los Angeles, and the Summer Artist in Residence Program, which, since its inception, has featured Native Strategies, Rafa Esparza, Jibade-Khalil Huffman, Jimena Sarno, Young Joon Kwak with Mutant Salon, and Sandra de la Loza. In celebration of LACE’s 40th Anniversary, Sarah worked closely with The Getty Research Institute in their acquisition of The LACE Archives. Prior to LACE, Sarah worked in higher education in various capacities. At Otis College of Art and Design, she served as Assistant Vice President of Institutional Advancement, and previously as Director of Alumni Relations, developing support for the College in the areas of collaborative partnerships, corporate and foundation relations, marketing and communications, and individual giving. Before joining Otis in 2002, Sarah oversaw recruitment efforts for Art Center College of Design, where she reviewed thousands of portfolios and led Art Center’s highly regarded Night and Saturday High Programs. She served on the board of the Barnsdall Park Foundation for seven years. Sarah holds a BFA from Rhode Island School of Design.