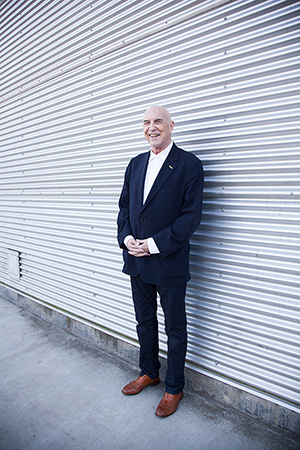 Bruce is a proven arts and academic leader with extensive experience in entrepreneurial leadership and institutional development, with a demonstrated passion for facilitating artists and intellectuals and their work and research.  He has experience in serving multiple constituencies and creating effective working environments. Bruce is devoted to producing institutional measures to generate new works of art, new knowledge and new forms of intellectual presentation.  He has a lifetime engagement in the arts and academia.

Bruce has specialized in discovering and nurturing artistic talent internationally; creating arts organizations from the ground up; and in remaking and rebranding disorganized or static academic organizations through infrastructural means and strategic planning. Bruce has been an external advisor to the University of Cincinnati, University of Toronto, Penn State, and ALBA in Beirut as well as Montclair University in New Jersey.

In one case, he articulated and advocated a vision for an international art biennial in a regional setting. Site Santa Fe now has a successful 20-year history and attracted other institutions to become the physical center of the city's cultural mission at the rail yards and, with the Opera and Chamber Music Festival, is central to the city's identity. He was known there and elsewhere for showing artists such as Francis Alys for the first time in North America. With Future Arts Research at Arizona State University, Bruce articulated and advocated a vision for an international arts research center that commissioned works of art; created dialogue across academic disciplines and between the university and the community; and extended the reach of the cultural dialogue to a broader public through symposia and artists' residencies. He created a graduate-level cross-disciplinary pedagogical program called the Desert Initiative.

In another case, he re-articulated and advocated a vision for a graduate arts school in New York that was based on traditional nineteenth-century academic training.  Through board building, faculty hiring, expanded curricula, fund-raising and advertising, he helped change the perception of the New York Academy of Art from one of tradition exclusively to one which is now seen to be part of a contemporary art dialogue. At the Columbia University School of the Arts, which included a film division and film festival, as well as writing, theater, visual arts and an undergraduate arts program integrated into Columbia’s famous “core” curriculum, Bruce developed a new organizational structure that was cross disciplinary through curricular changes and digital labs common to all divisions.  He aligned and integrated strategic goals, revised governance and policy structures, oversaw the hiring of a new professional category to allow practicing artists of stature i.e. Mira Nair or Kara Walker to teach and continue to develop their careers, secured grants and raised outside funds while engaging larger public support.

More recently as Dean of the Humanities and Social Sciences at AUC, he has implemented a new academic program which integrated film, visual arts and design into a new three major curriculum under Visual Cultures and has reformed the entire faculty by restructuring 220 lines into 120 exclusively academic ones and 100 remedial instructors of language in the “bridge” and first-year experience. The restructuring allowed for greater pedagogical intensity with language competencies at the first year and “bridge” year levels and provides senior faculty with more research time in the academic area.  Bruce analyzed the almost 100-year old School of Humanities and Social Sciences and developed and implemented this restructuring it into two separate bodies: one; an exclusively academic body with each of its various departments offering undergraduate and MA degrees (with one exception) and two; an undergraduate Liberal Arts Academy for the teaching of both English and Arabic to “bridge” year and freshman year students, thus disentangling remedial pedagogy from full-fledged academic work.  He also initiated a committee to study the implication of a full PhD program that would concentrate on Middle Eastern studies and be both interdisciplinary and inter-school.

Bruce has worked with boards and cultural partners to develop and implement management policies, projections and processes for annual and long-term budgets. He has successfully diversified and expanded annual income streams in the institutions mentioned above, and has been accountable at all times.  He has ensured that each institution was a place for staff, faculty, and students to experiment with new ideas, research and multiple methodologies.  He himself continues to actively publish, maintain relations with colleagues worldwide and be involved on institutional boards i.e. The Drawing Center in New York City, the Bergen Assembly in Norway and SAHA, an artists’ foundation in Istanbul, Turkey.

Most recently, in 2012, Bruce was Distinguished Professor at the Institute of Arts and Humanities at Penn State in Pennsylvania, a consultant to the Bergen Triennial in Norway, a consultant to a new curriculum at the Académie Libanaise des Beaux Arts (ALBA) in Beirut, Lebanon as well as to the Department of Arts and Design at Montclair University in New Jersey and has written a catalogue text for the inaugural Kiev Biennale in Ukraine as well as being an invited lecturer on the subject of pre-revolutionary art in Egypt to the University of London, School of Oriental and Asian Studies. His most recent writing is an introduction to a book on Cornelia Parker, published by Thames and Hudson in London. In the spring of 2013, he curated the Palestinian affiliation at the 55th Venice Biennale, entitled “Otherwise Occupied”, an exhibition of the works of Bashir Makhoul and Aissa Deebi and in July of 2014, wrote about Elmgren and Dragset for an Oslo museum exhibition catalogue.  Ferguson was interviewed in public by Robert Enright in the the “My Life in Art” series in Santa Fe, New Mexico in July, 2014.