All Spotlights
On the Nuances of Digital Media 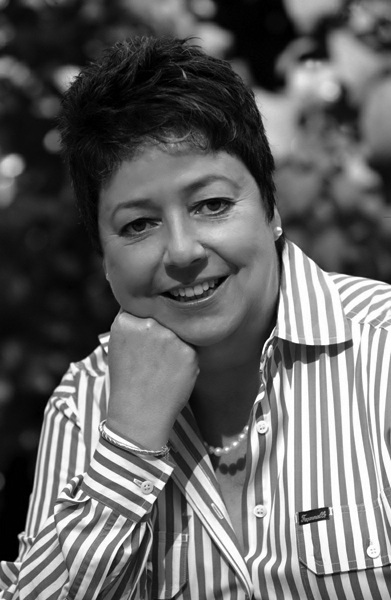 As one of the nation’s oldest art universities, Otis College of Art & Design’s Los Angeles campus has long served as a beacon for aspiring artists. Featuring a first year foundational curriculum, students gain a working knowledge of the skills vital to art and design fields before choosing their major of choice. Among their choices is Otis’ distinguished BFA in Digital Media whose many compelling attributes attract top talent and faculty.

Readers of ACR may recall our previous look into the program with department chair Harry Mott back in 2011. With increasing enrollment numbers and new courses being added as we speak, we thought it was time to catch up with the Digital Media folks at Otis again. This time, we spoke with Assistant Chair Kathleen Milnes. A recognized leader in the field, Milnes has worked at the intersection of the entertainment industry and public policy, research and workforce education for more than two decades. Since the late 90s, she has taught a senior seminar course at Otis and offered her insight to hundreds of students and graduates along the way. She took time out of her busy start to the fall semester to speak with us by phone. (This interview, done via phone, has been edited for length & clarity where necessary).

ACR:  Kathleen, thanks for taking time to speak with us! Let’s start with your own extensive background. Your roles have taken you from production manager and deputy director of the California Film Commission to a VP role of Government Relations and a private consultant; additionally, you began teaching and founded the Entertainment Economy Institute. What made you decide to get into the areas of research and education with regard to the entertainment industry?

Kathleen Milnes:  My passion has always been in good public policy. My father was in local politics when I was growing up and I was always interested in politics and government from the standpoint of obtaining good information to decide the best course of action. My research came out of that. At the Alliance of Motion Picture & Television Producers, we did the first ever analysis of the direct economic impact of the entertainment industry on the California economy. We got raw data from the companies themselves rather than rely on government numbers. Once I had a child, I became strongly interested and involved in the educational side. Workforce development is important to our economy and to our students and to our future.

ACR:  In your years working in and studying the entertainment industry, you’ve witnessed considerable changes with regard to how we educate the next generation of artists. What are some of the highlights?

KM:  The big thing happening in the 70s was the incredible growth of computer graphics and visual effects. It was a huge explosion that really took over the entertainment industry. We walked away from classical art training in favor of these new tools at that time but it’s the artist behind the technology that we lost track of. You then had the game industry coming up which has become huge. In the beginning, trying to get students to even consider the game industry was hard… I remember bringing in people from EA back in the 90s and they showed a video of the lifestyle of the game industry and it was really about the perks of the job because they had to entice students to get into it!

From about ’94-’99 there was an amazing change and refocus around the new digital technologies and the art you could create with them. The program here at Otis actually started in ’97 and I taught the first graduating class and I’ve been here ever since.

ACR:  You’ve seen quite a few students come through your classroom door. Are they better prepared today than they were 15 years ago because they are digital natives?

KM:  Students today are better prepared from an artistic standpoint definitely but slightly less prepared from a real world standpoint in general. Another change is that we have more women. The first year of our department, we had four or five women; today slightly more than fifty percent of our department is made up of women. The technology has also changed, making it easier to get started on. Students’ work is quite mature because they didn’t have a huge technical learning curve to master. They are digital natives and they are media savvy.

ACR:  Thanks to its location in LA and its distinguished programs, Otis attracts working and awarded faculty members. What makes them tick?

KM:  On Tuesdays and Thursdays, we have roughly 115 students in night classes between 7 and 10 with a faculty member who just left the office to come and teach them. These are people who love teaching and explaining what they do. If you love what you do, then you love telling others about it! Teaching is a form of performance art… it’s a bit like improv. Our students are from all different backgrounds and countries around the world- you have to engage them where they are and keep them motivated. When they perform, it’s like being a proud parent. It’s powerful stuff.
Our department keeps growing. We have 82 sophomores this year and our junior class is the largest ever at 90. We have an increased demand for animation classes so we’ve added another course there. To do all this, we hired 12 new faculty members. I got an email just yesterday from an Academy Award winning visual effects supervisor inquiring about teaching positions. Thanks to our location and close connections, our students have what we think are the best instructors anywhere.

ACR:  John Lasseter (Pixar) said that you can’t base a movie just on the imagery... it has to be about the story and the characters. How do you cultivate storytellers working with modern media and technology?

KM:  Absolutely true. We never stop talking about story. Describing the program, we tell students from day one that we need to tell the story or help to tell the story in motion. Whether it’s animation or film or advertising; what’s the story about that car or bottle of champagne? People are hardwired to respond to story. We don’t teach tools… we do have a Photoshop class and a basic 3D with Maya but other than that, we ask students what it is that they’re trying to do and how can they tell that story? Why does the city look that way? Who are those people and how did they get there? It’s embedded in everything we teach. We even go back into the history of story… Harry (Mott, department chair) teaches a class on early movies that includes samurai films and classic stories so that students learn the ways in which we tell and recognize stories. It’s important that they know these things. Students aren’t here to push buttons… they are here to tell stories and eventually take leading roles in the industry.

ACR: And they really do take leading roles upon graduating. What’s your success recipe?

KM: I think what helps us be successful and attract faculty and students and graduates who are running companies now and hiring our new graduates, is our approach. You can always find cheaper button pushers elsewhere, but you can’t find problem-solvers and storytellers easily. Look at Apple. They designed a great product… it’s not about the pieces- those get outsourced for cost; it’s about the story that their products tell.

As an entire college, we’re looking to build in a leadership entrepreneurial aspect so that students understand they are headed for leadership roles in the industry. They aren’t out there to be worker bees- we focus a lot on speaking skills and writing skills and presenting and research. I ask them what tradeshows would the companies they are interested in working for be attending, and what magazines and journals might be laying around their offices. Understand the environment and the cultural view that companies operate in to succeed. That exposes them to the industry and offers them the knowledge necessary to move effortlessly between companies and roles throughout their careers.

ACR:  And many students leverage your local connections for internships, don’t they?

KM: They do. I was speaking to the president of one of the companies that has a lot of our interns and graduates and I asked him if there was something that we could do better or alter within our curriculum. He said to me that the only thing wrong is that our interns have a fourth year of school to fulfill. What he meant was that our interns often complete their internships the summer prior to their senior year and he didn’t like seeing them leave- he wanted them to continue working for him. That’s very indicative of our students and the possibilities that internships provide them.

ACR:  One final question: is there something you wish someone had told you when you were breaking into the industry that you had to learn the hard way?

KM:  It really is a learning experience. Mistakes happen… own up to things and learn from them and move on. Just keep moving forward. Also, you can’t know everything before you make a decision. Sometimes you just have to go forward based on what you know at the time, and then learn from that. I really love what I do and I find this industry constantly fascinating.

ACR:  It shows. Kathleen, thank you so much for your time today. I appreciated learning more of the nuances of Otis’ Digital Media Department.