Propaganda: Warnings and Lessons from Our Past | Otis College of Art and Design
Skip to main content

Propaganda: Warnings and Lessons from Our Past 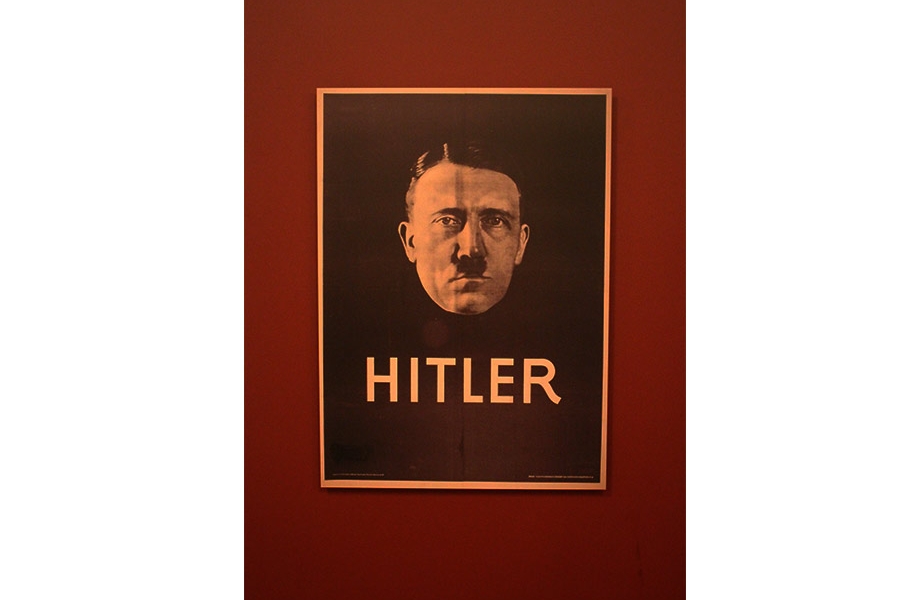 Exhibit from State of Deception: The Power of Nazi Propaganda - on view March 10 - August 21 at the Los Angeles Central Public Library.

Curator Steven Luckert lead students on a special tour through the exhibit.

This tour was part of the Otis class 'Movies that Matter' which uses films to examine social themes such as media and society, antisemitism, and whistle-blowing.

On view: Copy of Mein Kampf

Robert Clary, actor, author, and Holocaust survivor, describing the day he was deported to a Nazi concentration camp.

Students from Otis College of Art and Design's 'Movies that Matter' class were given a preview tour of State of Deception: The Power of Nazi Propaganda yesterday.  The traveling exhibition was produced by the United States Holocaust Memorial Museum and it explores how the Nazis used propaganda to win broad voter support in Germany, implement radical programs, and justify war and mass murder.

Exhibit curator Steven Luckert provided insights and lead student discussions on the use of media and design to garner support for the Nazi party. The exhibit features posters, video, and ephemera from the era that demonstrate the strategic way in which the party appealed to different audiences. Luckert explained how Adolf Hitler would tailor his dress, speeches, and poses to address certain crowds. His mastery of propaganda enabled a fringe group to become the reigning political party and cause devastation throughout Europe.

'Movies that Matter' is a class which uses films to explore social themes and the class will be examining antisemitism in the upcoming weeks. "I want my students to understand that words and images have power, and sometimes that power is used to attempt to influence or change thought or behavior," says Perri Chasin, the professor leading this Creative Action class. "It is crucial that they have a historical perspective and understand the devastating effects that propaganda has led to and can lead to in the future.  I hope to teach them to be critical listeners, to question and research information to determine what is truth and what is not.  And, I hope they become active, informed global citizens who engage in political dialogue and as artists contribute to making this a better world."

In addition to the exhibit, the students were able to hear from Holocaust survivor Robert Clary. Many may know Clary from his role on Hogan's Heroes, though the experience the actor and author shared was that of his time in two concentration camps. The youngest of fourteen children, twelve other members of his immediate family were sent to Auschwitz. Clary's message was one of facing life's adversity through humor and humility.

The exhibit is on view starting March 10 through August 21 at Los Angeles' Central Public Library.