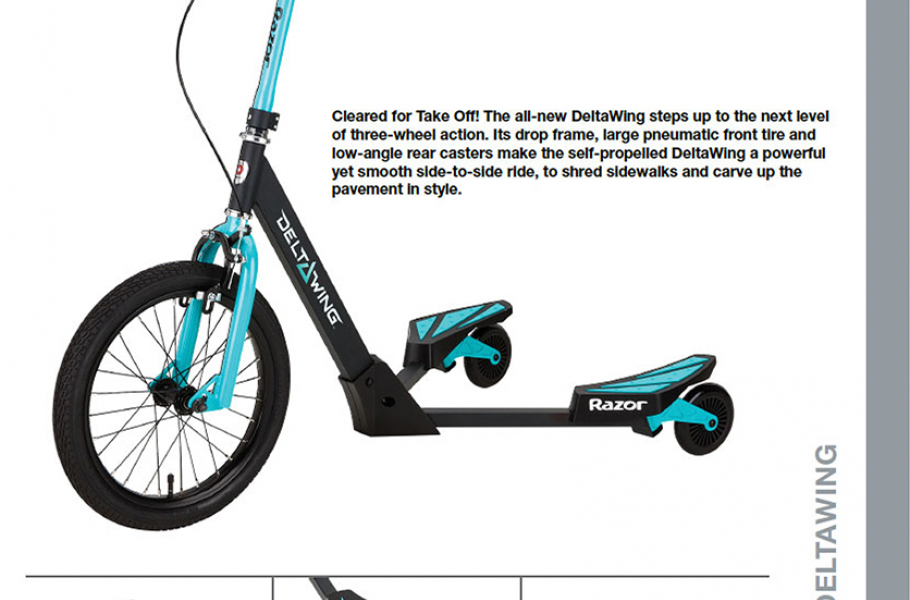 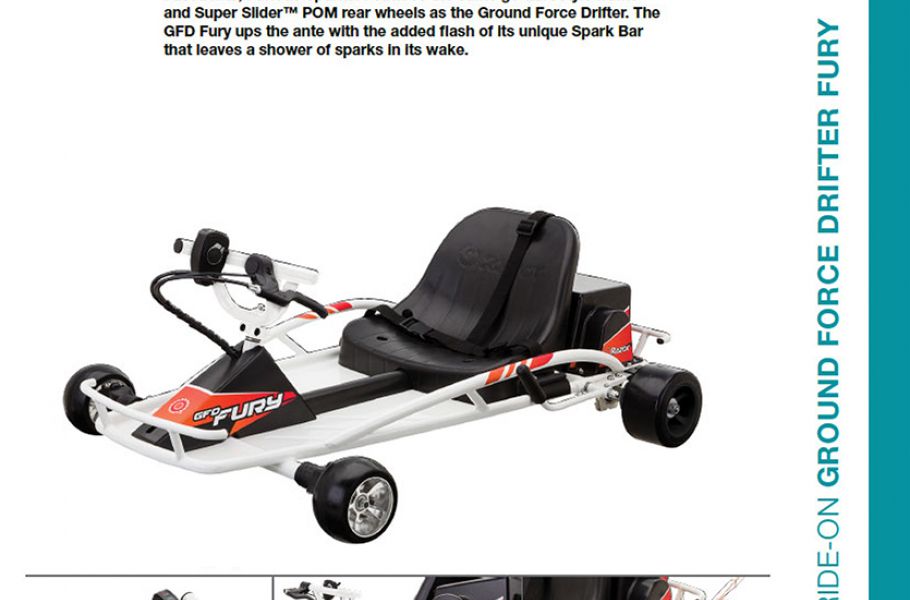 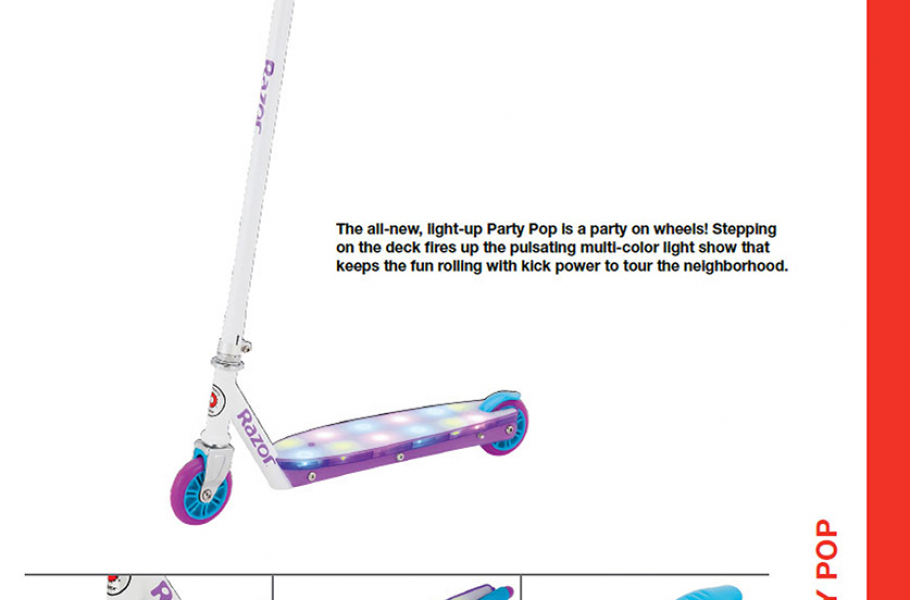 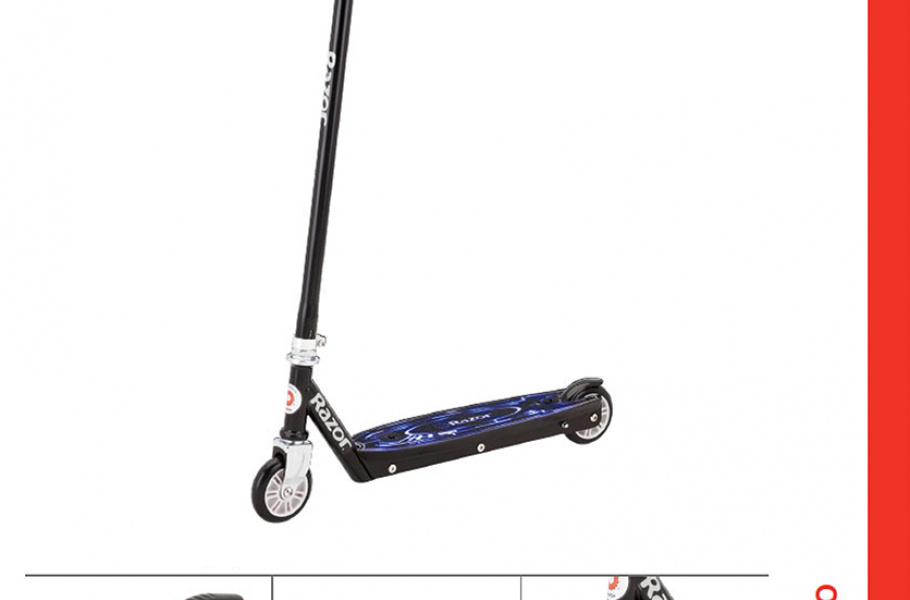 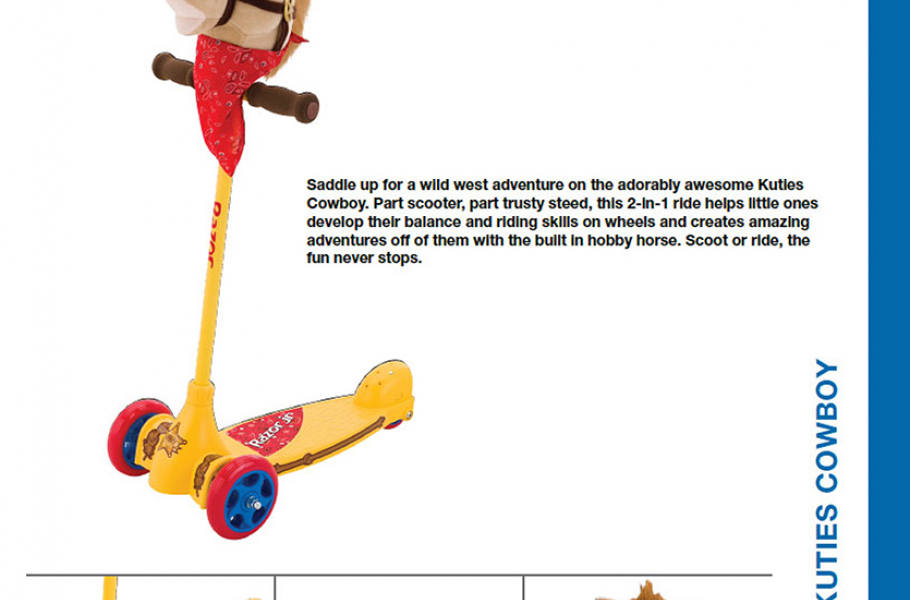 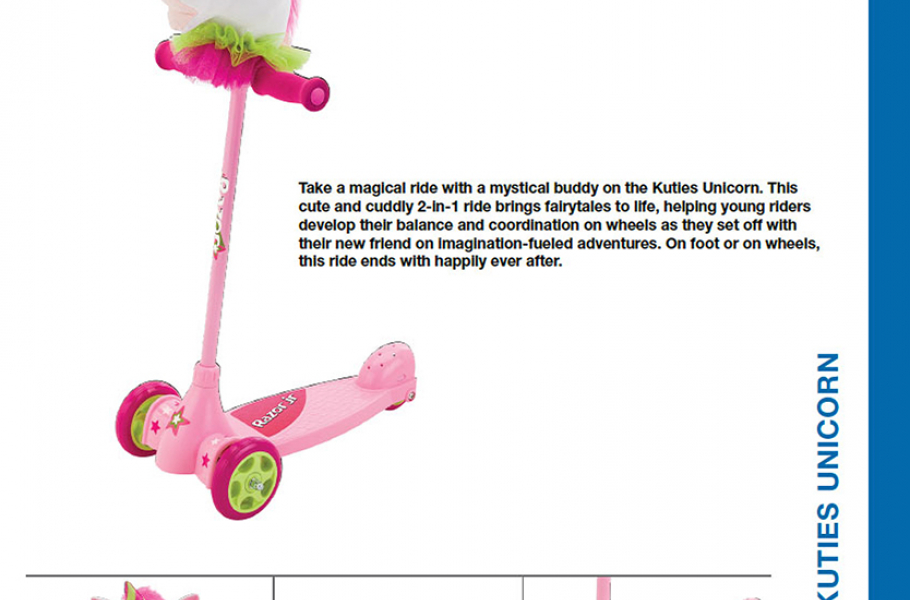 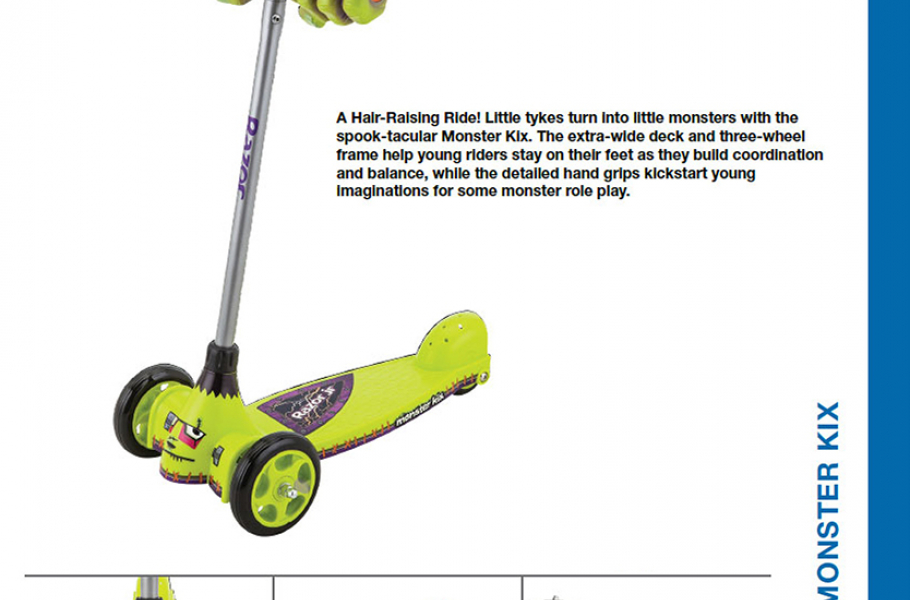 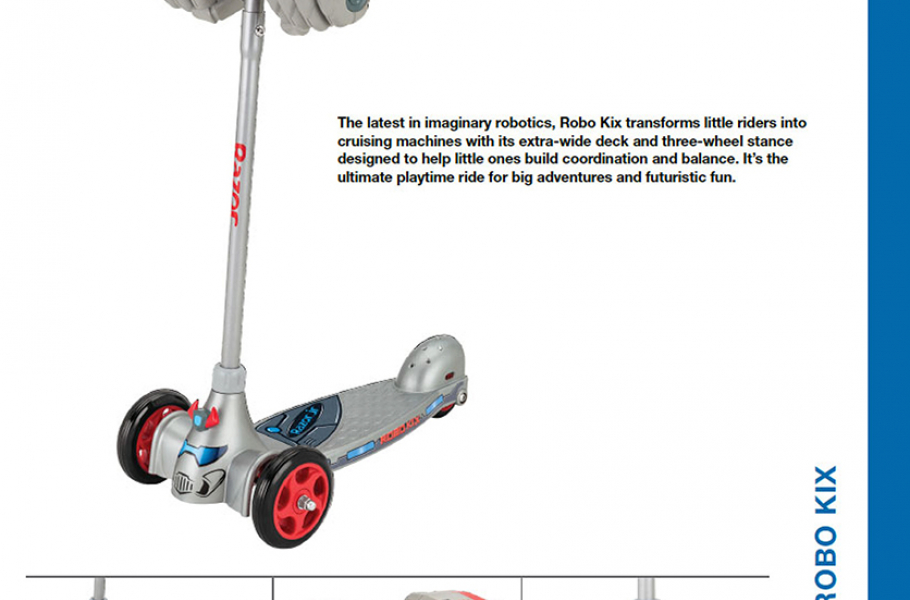 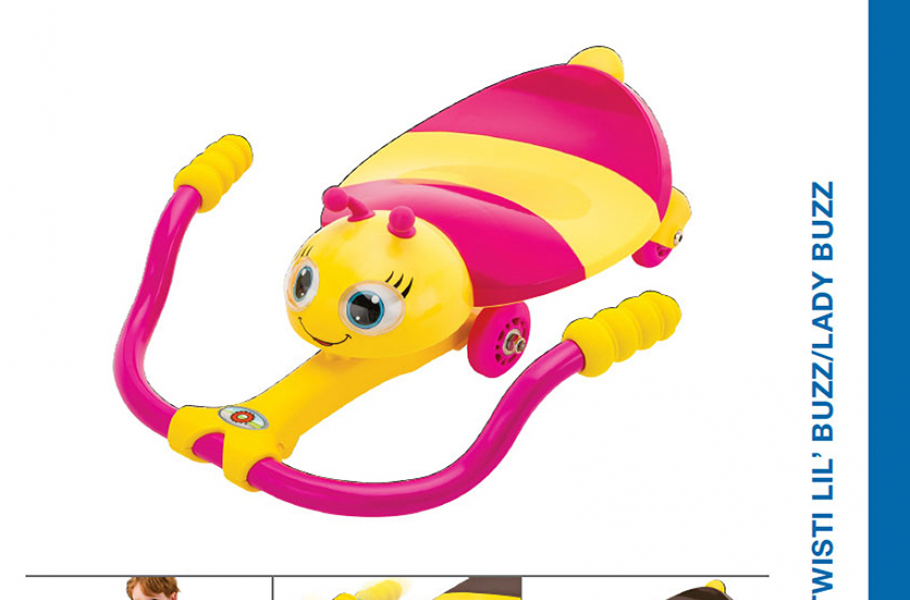 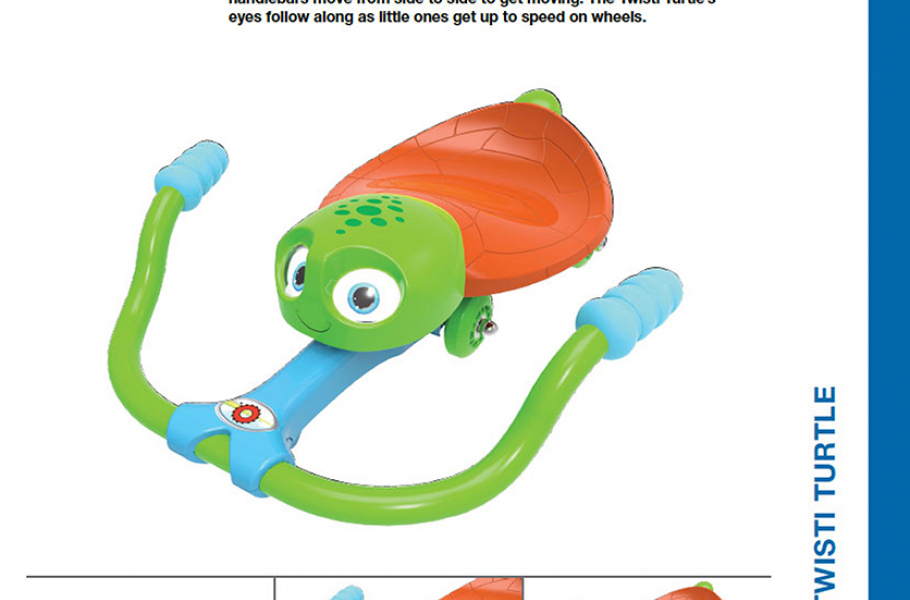 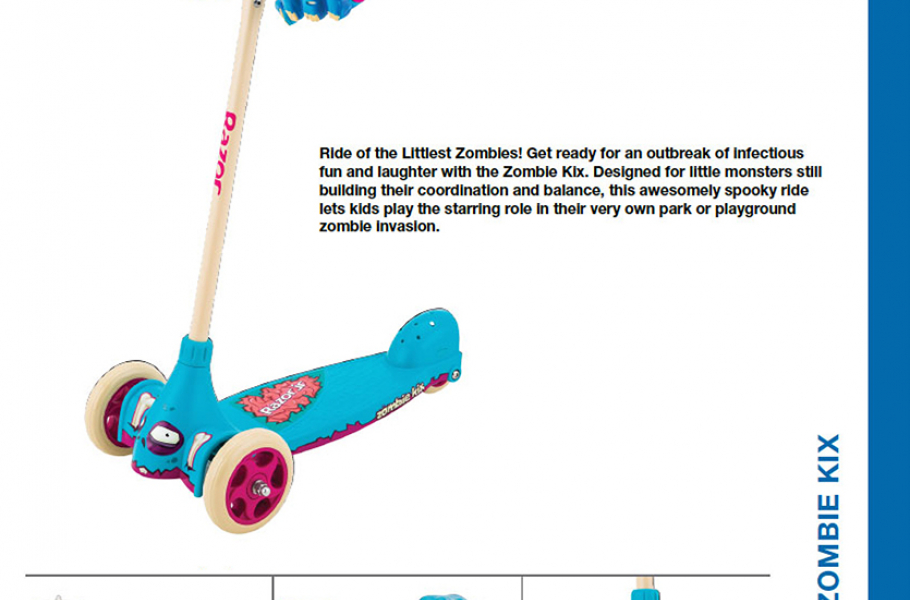 < >
Spotlight Category: Alumni
Toy Design alumnus Raphael Bencosme graduated in 2013 and has been working at Razor USA located in Cerritos, CA as one of their key designers. While he was still a student in Toy Design he had the great opportunity to intern at Razor and made such a positive mark that directly after graduating he was offered a position as designer in their advancing New Brands group.
As a Razor designer his focus was to help integrate unique toy esthetics and pay patterns into Razor Scooters as well as helping to strengthen the already growing brand into the new years. Since he started working at Razor Raphael has had several of his designs come to market. Some of these products include:
Kick Tekno
Kick Party Pop
Ride-Ons Deltawing
Razor Jr Robo Kix
Razor Jr Zombie Kix
Razor Jr Monster Kix
Razor Jr Kuties Unicorn
Razor Jr Kutties Cowboy
Razor Jr Twisit Turtle
Razor Jr Twisti Lil’ Buzz/Lady Buzz
Electric Ride-On Ground Force Drifter Fury
Raphael’s Razor Jr Zombie Kix was nominated for Toy of the Year for best preschool activity toy!
The Toy Design Department is very proud of our alumni’s accomplishments and how in such a short time he has been able to make such a positive impact at Razor and in the industry. We look forward in the years to come to see what exciting products are developed at Razor with Raphael Bencosme being part of such a great team.
If you like to see more about our distinguished alumni’s check back for more Toys in Motion Alumni Spotlights. You can also click here to learn more about the Foundation Forward Toy Design Day of Play that was hosted by Razor!
Tags
Raphael Bencosme, Toy Design, razor