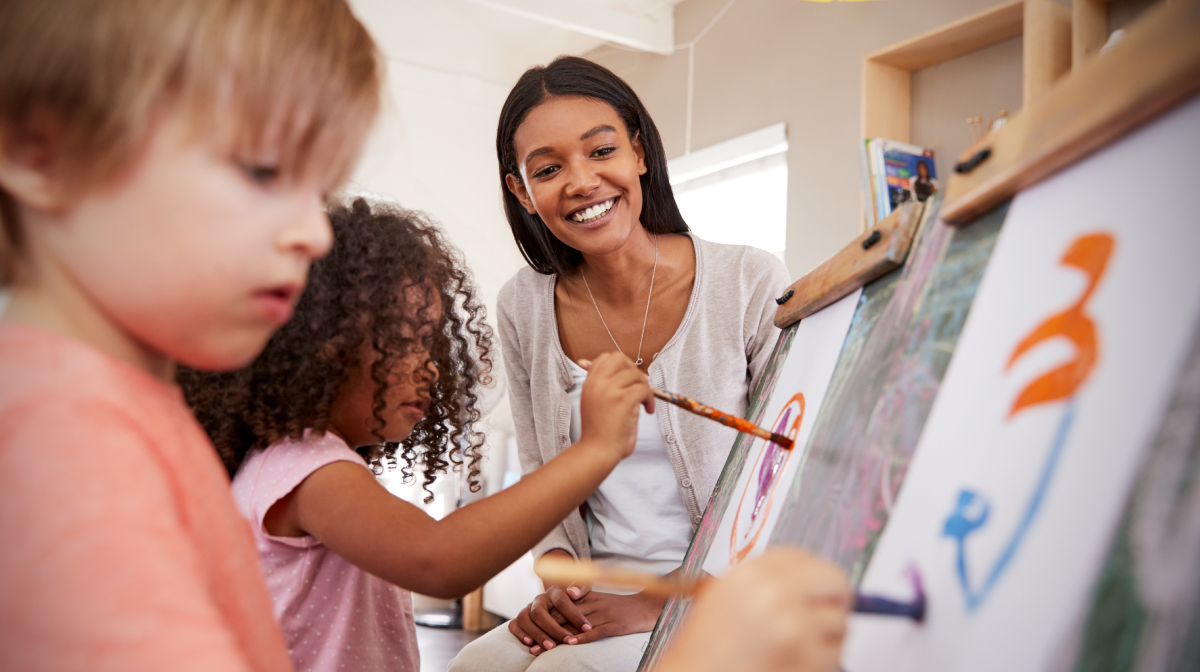 At Otis College of Art and Design, our Summer Youth Camps provide one-on-one instruction in a fun and safe learning environment. Our art instructors are extensively trained in their field and work closely with students to help them gain a solid foundation in the arts. Explore our comprehensive list of seasoned educators who all share an enthusiasm and passion for teaching art and design.

Rochelle Botello is a Los Angeles based visual artist working across mixed media, sculpture and site-specific installations. Her work has been exhibited in the United States and internationally, including Japan, Berlin and South Korea. She has exhibited with Holter Museum of Art, Torrance Art Museum, Jaus, Launch, Coagula Curatorial and Durden and Ray to name a few. Her exhibitions have also been reviewed in the LA Times, The Huffington Post, Whitehot Magazine, Artillery Magazine and Coagula Art Journal. Botello holds a MFA from Claremont Graduate University and a BA in Sociology with an emphasis in Social Psychology from University of California, Santa Cruz.

Enoch Davis received his MFA in 3D Animation from Academy of Art University and a BA in Studio Art from Vassar College. Mr. Davis launched his career in animation by assembling a team of artists and completing a 3D animated short which toured the country and won an award at every film festival where it was screened. After 12 years as a designer and animator in San Francisco and an instructor in design at U.C. Berkeley Extension, Mr. Davis moved to LA to work with Digital Domain in 2013. While at DD, he worked on the VFX for tentpole productions from Marvel, Disney, and Fox. He has since worked on the staff of many of LA’s top visual effects studios on numerous blockbuster films, hit tv shows, and commercials while continuing to freelance in 2D and 3D design and animation. He is also the recipient of several national and regional awards for design and animation.

Marie Claire Macadar (she/they/he) is an artist, musician, puppeteer, and an Admissions Counselor at Otis College of Art and Design. Marie Claire earned their BFA in Fibers from the Maryland Institute College of Art in 2017, and has created eight original puppet shows, the first of which was nominated for the National Puppet Slam. Marie Claire has been teaching for seven years, and is so excited to work with students in person again this summer!

Markus Maciel is currently serving as the Assistant Chair of the Toy Design Department at Otis College of Art and Design. Alumni of the Toy Design program from 2001, his teaching career started over twelve years ago at Otis, and he has taught countless courses through a wide range of programs. His career has spanned over seventeen years at some of the most prominent companies such as Mattel, Hasbro, Spin Master, JAKKS Pacific, and Razor USA. His profession as a visionary designer, engineer, corporate instructor, and college educator lead him to his current role as leading one of the only toy design majors in the United States. His professional body of work includes some of the world's most iconic brands: Hot Wheels, Polly Pocket, Barbie, Disney, NERF, Razor USA, and Infinity Harmen. His experience stretched through the design and manufacturing divisions of companies located in Hong Kong, China, Malaysia, and Indonesia.

@smartdesign is the Santa Monica-based design office of Susanne Manheimer. For the previous vigorous and exuberant 20 years, Susanne has been recognized for her work by its elegance, sophisticated humor, style, and wit. Her knowledge, understanding and respect for innovative design, is incorporated in her invention of new design approaches. Simplicity and directness of communication are the main elements of her style. Her work makes people smile, laugh, and…think. Today, she divides her time between running the studio, teaching, and lecturing to corporations and schools on the importance of The Democratization of Creativity™ as well as Conceptual Thinking and Problem Solving. Susanne graduated from the Kansas City Art Institute with a BFA in design. Susanne, a native New Yorker, worked in "The City" as a Creative Director for Tiffany and Co. where she was awarded a Certificate of Distinction for Typography, Creative Director for Bloomingdales by Mail, Revlon, and also The Museum of Modern Art, to name a few. Disney called, and she moved to California to work for Disney + Co. as Creative Director for the Disney catalogue. Susanne has a history of success mentoring young designers, both in academic roles and as an industry leader. She has been described as a “needle in a haystack,” a conceptual designer who is creative yet has strong business acumen.

Karl J-G Petion has been a visual artist and musician for the past two decades. After graduation from CalArts he moved to NYC to work on his films and music projects. He had screened his experimental art films at Film Forum in NYC and played with various avant-garde jazz musicians, simultaneously documenting avant-garde jazz seen in the 90’ in a series of interviews with underground musicians. He studied at NYU towards a degree in Africana Studies 2001-2003. Moving to Los Angeles in 2005 he collaborated with a local music artist on a pioneering international web based music project. All along creating a body of visual art work in his studio. Back in Los Angeles he turned his complete attention to visual art and is currently working on a series of paintings focusing on “American Experience”.

Meriel Stern is a nationally shown sculptor, teaching artist and education design consultant with over 40 years of art and culture experience in the Greater Los Angeles area. As an artist, Meriel has continued to maintain a studio practice concurrent with teaching in various educational settings from public and private schools to museums, parks and festivals. She worked for the Armory Center for the Arts for over 30 years in several capacities including Lead Teacher, Program Coordinator, Studio Director, and Master Teacher. Meriel is currently artist-in-residence at The Milagro Charter School in downtown Los Angeles, as well as on special assignment to several areas public schools, where she has won numerous grants and awards. She has a BA in Oriental Studies from Barnard College, and an MFA from Otis/Parsons.

Teri Suzanne (Nagasawa), MA in Multi-Cultural Education, University of San Francisco; BA in Fine Arts, University of California Los Angeles; Bilingual Specialist Instruction Credential, University of San Francisco. Teri Suzanne, a dual language specialist, art educator, multi-media edutainment producer, author, illustrator, and cut-paper artist, has returned to Los Angeles after a 35 year stint in Japan. Her cut paper art system, “Terigami”, was showcased on year-long children’s television programs and on stage in Japan, and in workshops for children, parents, and educators throughout Asia and in California. Her “Alphabet City Cuts”, an original fine motor/literacy cut-paper program and accompanying alphabet songs, are copyrighted by the Library of Congress, and her three book series, Teri’s Magic Scissors, was awarded the honor of being placed in nationwide libraries throughout Japan. Visit Teri's website.