The Ceremony Will Be held on May 13
Halley Sutton

Renowned Los Angeles-based artist Mark Bradford will address the Class of 2018 and receive an honorary degree at Otis College of Art and Design's Commencement Ceremony on Sunday, May 13, 2018 at noon. Rosemary Brantley, retired Founding Chair of the Fashion Design Department, will also be recognized at the ceremony with an honorary degree.

"We are tremendously pleased to have Mark Bradford give our commencement address. Our graduating students will find great inspiration in his vision and accomplishments, and his address will undoubtedly provide one of the highlights of this important event," said President Bruce W. Ferguson.

Bradford was born in Los Angeles, California, and received his BFA and MFA from the California Institute of the Arts. His artistic practice engages in the use of found and scavenged materials, often from the streets of his native South LA to create collages and installations that reflect the impromptu and complex networks present within a city space. Drawing from the diverse cultural and geographic makeup of California and beyond, Bradford’s videos and cartographic, multi-layered collages examine our collective histories, taking inspiration from civil rights demonstrations, the 1980s AIDS crisis, and present day prison reform, to name a few.

Bradford was the representative for the United States at the 2017 Venice Biennale, where his exhibition 'Tomorrow Is Another Day', garnered extensive critical acclaim. He has been the recipient of numerous awards, including the Bucksbaum Award (2006); the Louis Comfort Tiffany Foundation Award (2003); and the Joan Mitchell Foundation Award (2002). He has been included in major exhibitions at Los Angeles County Museum of Art (2006); Whitney Museum of American Art, New York (2003); REDCAT, Los Angeles (2004); and the Studio Museum in Harlem, New York (2001). He participated in the twenty-seventh Bienal de São Paulo (2006); the Whitney Biennial (2006); and "inSite: Art Practices in the Public Domain," San Diego, California, and Tijuana, Mexico (2005). Bradford lives and works in Los Angeles.

As part of the 2018 commencement, Otis College will also be presenting an honorary degree to Rosemary Brantley, fashion designer and Chair Emeritus of the Fashion Design Department of Otis College of Art and Design since 1980. She is also a co-founding member of her own sportswear company, Staples, where she remained an active professional fashion designer throughout her career at Otis College. 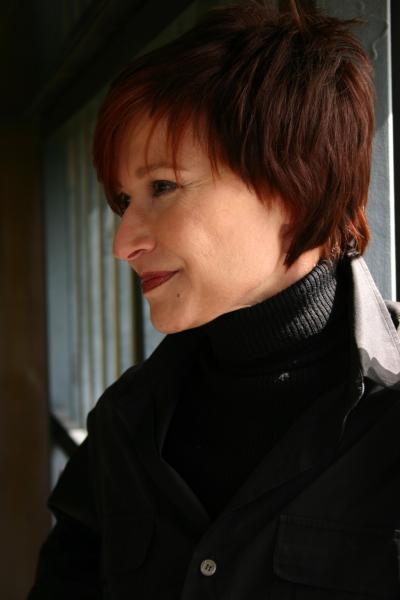 Brantley’s career began in Dallas, Texas, where she worked both as a fashion model and as an assistant in the Fashion Office of Neiman Marcus. There she met designer Stan Herman, who at the time taught at Parsons School of Design in New York, and later became President of the Council of Fashion Designers of America (CFDA). Impressing Herman with her sense of style and design, Rosemary was accepted to attend Parsons on his recommendation. When Rosemary graduated from Parsons in 1973, she was named "Designer of the Year” and was immediately offered the position of head designer of the Jaeger American Collection for Jaeger, London. During the 1970s Rosemary worked for various companies in London as a designer, illustrator, and merchandiser, prior to returning to New York City in 1975 to work for Kasper for Joan Leslie.

Brantley moved to Los Angeles in 1976 and in 1980 she accepted an appointment as Department Chair of Otis College’s new Fashion Design program and began her company, Staples. Under her leadership, the department grew to become one of the most influential fashion programs in the country, providing design talent to some of the largest U.S. apparel companies and most recognized labels. Under Brantley’s leadership, the Otis College Fashion Design program gained a prestigious and international reputation, hosting an annual lineup of designers who directly mentored students, such as Isabel Toledo, Bob Mackie, Francisco Costa, Todd Oldham, Cynthia Rowley, Under Armour, and Nike. In 2005, Brantley was recognized for her significant contributions to the fashion industry by the LA Fashion Awards with their "Inspiration Award." She successfully produced the yearly Otis Scholarship Benefit and Fashion Shows, garnering critical attention from the Los Angeles Times, WWD, Hollywood Reporter, and Apparel News, and raising a significant amount of scholarship funds for the college.

In addition to Rosemary’s passion for education, philanthropy, and fashion design, she has long been a strong advocate for sustainability and sustainable business practices. The Otis Sustainability Alliance, founded in 2013 by Brantley, brings together leaders from the creative fields of fashion, design, art, and higher education who are committed to advancing the environmental education to include doing less harm in their design profession. Inaugural partners included Nike, Patagonia, Disney, Eddie Bauer, Quiksilver, and Todd Oldham.

The 2018 Commencement ceremony will be held at the Marsee Auditorium at El Camino College, visit the commencement page for more information.