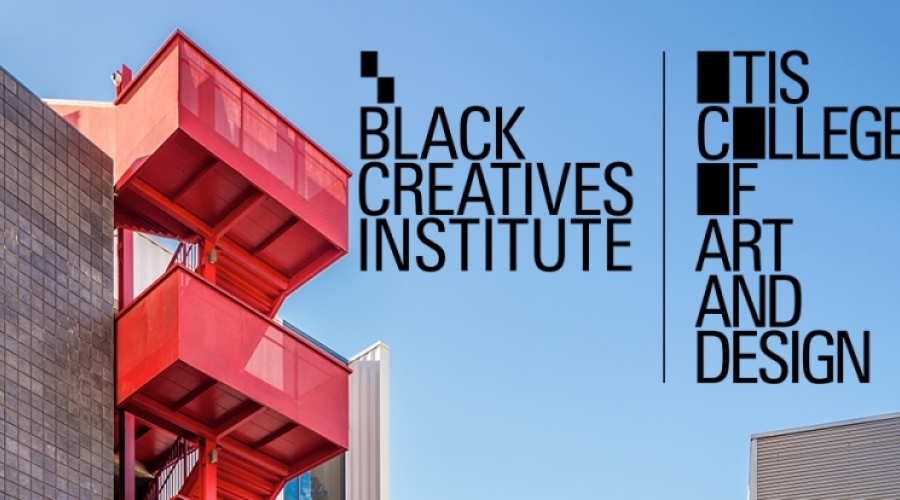 “This is about honoring our students in ways that further validates and affirms their presence on our campus.”
Anna Raya

On Friday, August 14, the inaugural Black Creatives Institute (BCI) wrapped up at Otis College after five days of virtual sessions for incoming Black-identified students. The program allowed the students to connect with each other as well as Black staff and faculty members in the lead-up to the first day of classes on August 31.

The BCI was an idea that has evolved since late last year over several convenings of a committee organized by Nicholas Negrete, Dean of Student Affairs, and Matthew Gallagher, Dean of Enrollment Management, who wanted to launch a summer bridge-type program for Black students that would support their personal growth, identity formation, cultural development, and career development while nurturing a sense of belonging within the Otis College community.

“The Black Creatives Institute is not just about building community, it is about elevating other BIPOC voices, empowering our students to explore their personal identities as a Black creative with multiple and intersecting identities, and making sense of how their identities inform their creative practice,” says Negrete. “This is about honoring our students in ways that further validates and affirms their presence on our campus.”

Negrete says Otis President Charles Hirschhorn and Provost Jiseon Lee Isbara were instrumental in championing the committee’s efforts to make the BCI a reality. “They understand how important programs like this one are integral in student success and in addressing equity and inclusion on our campus in real programmatic ways,” he says. “They have been extremely supportive, which goes a long way when you have a senior leadership that understands the value in programs like this one.”

Negrete and Gallagher worked with faculty members Cole James and Silas Munro, as well as staff from the Student Affairs department and student leaders, to design a program that worked in a virtual format (initially, the pre-COVID-19 plan was for it be held over three days on-campus), and allowed for meaningful conversations, personal connections, and deep reflection despite most of it being held over Zoom.

“Many of us at Otis come from backgrounds and experiences where we benefited from programs like summer bridge—first-generation college student programs, identity-based experiences, EOPS [Extended Opportunity Programs and Services] programs, and the list goes on,” says Negrete. “We are fortunate enough to have staff and faculty who come from lived experiences our students are currently experiencing, and that makes it even more personal, and much more meaningful, as this work is coming truly and deeply from the heart.”

Khari Torres, a Toy Design junior who helped plan and participated in the BCI as a peer mentor—and who transferred to Otis mid-year in Spring 2019—was happy to help incoming Black students prepare for Otis. “I thought about what I wanted to know as an incoming transfer, because I didn't know any upper class students I could look to for specific guidance with my identity at the time.” Torres says social gatherings, like a double-feature movie night hosted by her and the other peer mentors, were important bonding experiences as much for her as the BCI participants. “It was so much fun to chill with them and use the Zoom chat to crack jokes and talk about the movies together. At the end we all agreed we should hold more movie nights during the semester! I’ve met amazing students and can’t wait to see what they accomplish during their time at Otis.”

Negrete says the feedback from the students who participated in the BCI was overwhelmingly positive: “I’ve made new vital connections with other Black students and faculty,” and “It really opened up my eyes in seeing how others have had similar or worst past experiences with identifying as a Black creative,” were some of the comments he heard. “It’s been a breakthrough experience,” said another student. “Realizing that a school would go as far as to have specific events, even with the challenging time that we are facing, is miraculous. I look forward to seeing how this program continues and how else we can further help each other.”

Negrete assures the Otis Community that the inaugural Black Creatives Institute is “just one aspect of a larger strategic plan to support our Black students,” he says. “We did not want to produce a pre-orientation program and then say, ‘OK, we’re done!’ We are actually going to be hosting monthly sessions after this program for these same students—and even for those who did not get to attend BCI—to sustain our efforts in order to keep these students connected and deeply integrated into our campus. This program is one of many we hope to develop in the future.”

The monthly “Cultural Wealth” sessions that will unfold during the academic year will cover such topics as career development, financial literacy, academic success, and identity development. The term was coined by the scholar Dr. Tara Yosso, who takes an asset-based approach to serving students from marginalized identities. “The idea is that all of us have experiences within our own cultural upbringing that can be tapped into in order to build upon our success,” Negrete says. “We must move away from a deficit-based model in serving students of color and instead ask ourselves what those cultural wealth assets are that our students already have within their own toolboxes, and how can we help them use those tools in ways that amplify their social, personal, and academic progress.”