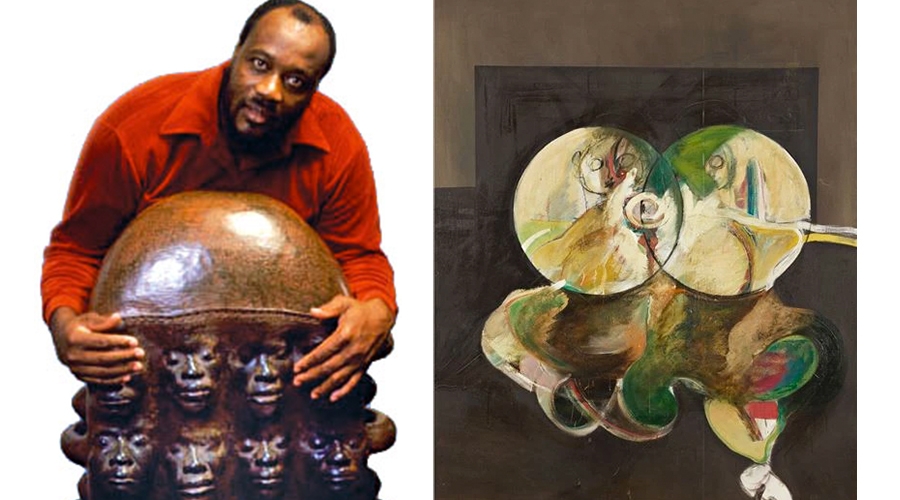 The artist credited White with an art education “I couldn’t get anywhere else on the planet.”

It was reported by his friends and family that Nathaniel “Sonny” Bustion Jr., an artist and alumnus of Otis College, died on October 15 in Glendale, California. Bustion worked in painting, sculpture, ceramics, and mixed media that included clay, concrete, wood, copper, and printmaking. He attended what was then known as the Otis Art Institute in the 1970s, and was a student of famed instructor Charles White.

“I was really blessed to be in his company and watch him talk about creativity, the social consciousness and hysteria behind it. It was an education that I couldn’t get anywhere else on the planet. And, after all of this time, I’m still discovering things in his work,” Bustion once said of White and his work.

Bustion was born in Gadsden, Alabama and attended Colorado State University and Belgium Antwerp Academy of Art, in addition to Otis. He often showed his work in group exhibitions with fellow Otis alumni and faculty such as Alonzo Davis and Betye Saar, of whom he was considered a contemporary in the Black Arts West movement. He ran his own studio, Mattinnii Fine Arts Studio, in Altadena, California, and taught art at Otis, Los Angeles City College, Pomona College, Colorado State, and in Nigeria.

“Artwork is my life. I live it every day. I’m always doing my own artwork, or working on films, or working on a publication… or involved in some process that involves kids. It is an ongoing process. It’s a living experience,” Bustion once said of the connection between his life and his work.

Bustion is survived by his brother, David, who relayed to Otis how “Nathaniel was a brilliant artist who often spoke about his experiences at Otis College and the gift of being connected with his mentor, the late Charles White.”

Main image, from left: Bustion with one of his works that originally appeared in the Los Angeles Sentinel; and Untitled, 1972 (oil on canvas), accessed from Mutual Art.