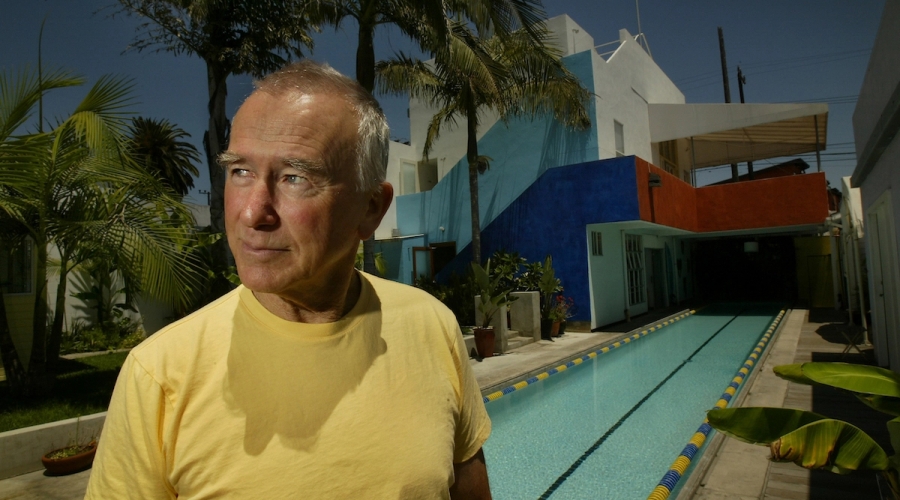 Read more about the influential West Coast artist in obituaries by the Los Angeles Times, Hyperallergic, and ArtNews.

Influential artist and Otis College alumnx, Billy Al Bengston, has died at the age of 88. Bengston attended what was then called Otis Art Institute in the 1950s, studying with the esteemed sculptor Pete Voulkos—”Working with Pete Voulkos was like working with god,” he once said—and quickly became known for having a rebellious spirit, so much that he would eventually get kicked out of Otis (though he is officially recognized as a BFA Fine Arts alumnx). Of his time at Otis, Bengston told the Los Angeles Times in a special article about Otis’s 100th birthday: “Back then the whole art community was a maximum of fifty people, and what I remember about Otis was the camaraderie. We all sort of lived by night and it was totally crazy by today’s standards.”

From the Los Angeles Times:

Billy Al Bengston, the artist who helped establish L.A. Cool School at the Ferus Gallery through his geometric brand of West Coast, custom car-culture inspired Pop art, has died. He was 88.

Bengston died of natural causes at his home in Venice, said his gallery Various Small Fires on Sunday.

Bengston came of age as an artist in the late 1950s, as part of a group of young West Coast contemporary art luminaries including Ed Ruscha, Ed Moses, Robert Irwin and Larry Bell who helped cement the legendary status of Walter Hopps’ Ferus Gallery as a counterculture hot bed on North La Cienega Boulevard.

Pop art was just emerging and Bengston spoke its language well with his simple, aesthetically direct and repetitive motifs. His shiny, heavily lacquered surfaces also earned him associations with “finish fetish.” But it was his flamboyant personality, colorful sartorial choices and love of California custom car, motorcycle and surf culture that came to define him as a person and an artist.

You can read more of the Los Angeles Times obituary at this link.

Billy Al Bengston, a painter whose unclassifiable semi-abstractions made him a core figure of Los Angeles’s postwar art scene, died at 88 of natural causes on Saturday at his home in Venice, California. A representative for his gallery, Various Small Fires, confirmed his passing.

Last year, CBS News reported that Bengston had “a moderate case of dementia.”

Bengston rose to fame in L.A. during the ’60s, when he was painting works that abstracted commercial logos and car parts. His paintings’ spare compositions and their untraditional processes caused some critics to lump Bengston in with the Finish Fetish movement, whose practitioners made a habit of creating sleek, smooth artworks.

Some have also claimed Bengston as an artist adjacent to the Pop art movement because certain painting series allude to consumer goods.

During the era, Bengston showed at the vaunted Ferus Gallery, which became known for its offbeat and influential exhibitions. Founded in 1957 by Walter Hopps, his wife Shirley, and artist Edward Kienholz, the gallery also showed Bengston’s friends Larry Bell and Ed Ruscha.

With its emphasis on motorcycle culture, Bengston’s art was considered emblematic of a certain milieu. “A quality of the expansiveness of the physical environment as well as some of the brittle gloss and gaudiness of the aggressively manmade Los Angeles environment is acutely condensed in his work,” critic John Coplans wrote in Artforum in 1965. “This, perhaps, is one of the factors that makes placing him in some relation to current art most difficult, for he looks nowhere else for the authority of his art—a condition somewhat rare in contemporary American painting at the moment.”

You can read more of ArtNews’s obituary at this link.

Billy Al Bengston, the influential painter who was a key figure in the heady, freewheeling Los Angeles art scene of the 1960s, died of natural causes on Saturday, October 8 at his home in Venice, California. “Words cannot describe the loss of this California legend, who was loved and revered by so many,” read a statement released by his gallery, Various Small Fires. The artist was 88 years old.

Bengston gained prominence with his hard-edge abstractions painted in enamel or lacquer that featured symbols like chevron “sergeant stripes” and hearts and depictions of automotive parts, as he was an avid motorcycle racer. Critics associated his work with the Finish Fetish movement or West Coast Pop Art, though it never fit discreetly within either of those labels. In the mid-1960s, he disrupted the pristine flatness of his surfaces by attacking them with a hammer, calling the resulting works “dentos.”

“In the context of postwar art, resolutely flat, abstract images were being championed. So were demands for so-called ‘American-type’ painting that could distinguish a work from European Modernism. Sergeant stripes kill those two birds with one very well-placed, very witty stone,” wrote critic Christopher Knight in the LA Times in 2017.

Bengston got his start with the legendary Ferus Gallery in LA, which also showed Ed Ruscha, Larry Bell, Ed Moses, and Robert Irwin. Even amongst the cadre of hyper-masculine, larger-than-life personalities surrounding Ferus, Bengston stood out.

“He was the leader of that pack,” writer Hunter Drohojowska-Philp told Hyperallergic. “He was a tremendous athlete, a surfer, who could stay up all night at the Whisky-A-Go-Go dancing to Ike and Tina. Even in school, he was referred to as the rainbow, for the number of colors in his outfits.” Michael Slenske, a Los Angeles-based writer, editor, and curator, described Bengston as “a mythmaker.”

You can read more of Hyperallergic’s obituary at this link.