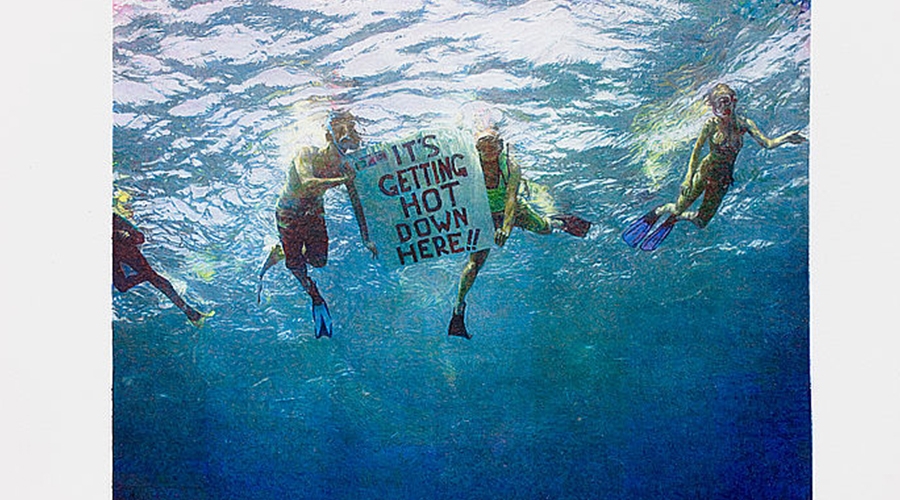 “Activism and art are inseparable,” writes the Los Angeles Times of Bowers’s work, which is on view at The Hammer through September 4.

Andrea Bowers’s retrospective at The Hammer opened on Friday, June 24, just after the Supreme Court released its decision to overturn Roe v. Wade, putting in stark relief the importance of her work, which centers feminist activism at its core. Her 2005 video piece, Letters to an Army of Three—about Pat Maginnis, Lana Phelan, and Rowena Gurner, the “Army of Three” who founded the organization that would become the advocacy group NARAL Pro-Choice America—can be found inside the first of three galleries displaying Bowers’s work at The Hammer. The retrospective, which ends September 4, is the first museum survey of more than two decades of work by Bowers, who is a senior lecturer in Otis’s MFA Fine Arts: Art + Social Practice program.

“I have always admired Andrea’s work because it delivers urgent social and political information and analysis with an equal balance of poetry and visual pleasure,” says Fine Arts Chair Meg Cranston. “In art we don’t think that is any contradiction; rather, we consider it the highest accomplishment.”

For more information about The Hammer’s retrospective, please read below. To read more about Bowers and her show in the Los Angeles Times please visit this article and this review. Bowers also was profiled by The New York Times last year.

For more than 30 years, the Los Angeles–based artist Andrea Bowers (b. 1965, Wilmington, Ohio) has made art that activates. She combines artistic practice with activism and advocacy, speaking to deeply entrenched inequities as well as the generations of activists working to create a more just world. Bowers has built an international reputation as a chronicler of contemporary history, documenting activism as it unfolds and collecting research on the front lines of protest. Her practice contends with issues such as immigration rights, workers’ rights, climate justice, and women’s rights, illustrating the shared pursuit of justice that connects them.

Andrea Bowers, the first museum retrospective surveying more than two decades of the artist’s production, traces the entire scope and evolution of her work. Bringing together approximately 60 works as well as a trove of ephemera, the exhibition reflects Bowers’s embrace and experimentation with a wide range of mediums, including drawing, performance, installation, sculpture, video, and neon sculptures.

Download the Hammer’s free digital guide to listen to an audio guide by Andrea Bowers during your visit.