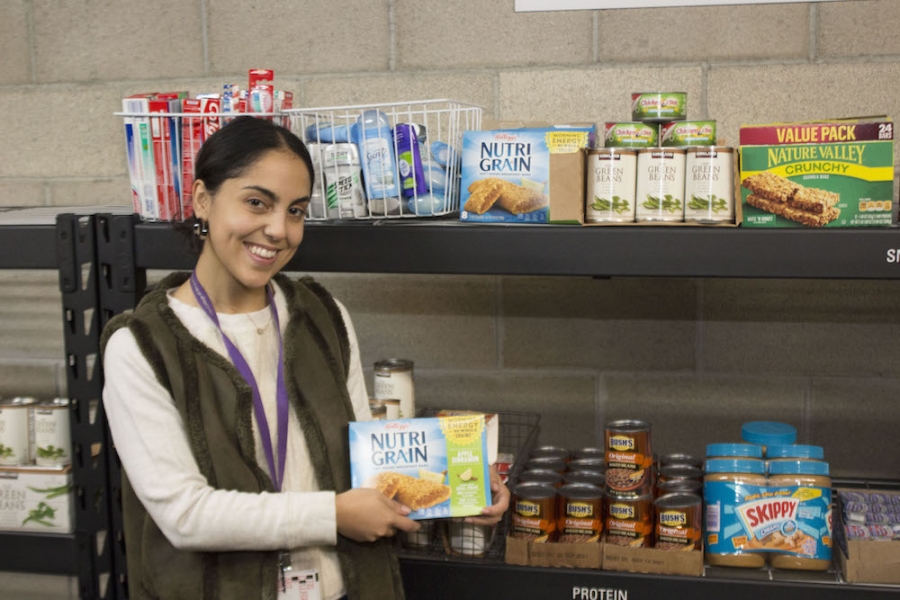 Food insecurity—when access to food is limited or uncertain—is a growing concern among college students. When the Food Pantry was launched at Otis College this past September, it joined hundreds of food pantries that are now part of college campuses across the nation. “[It] was created because of the increasing need students have expressed around their basic needs,” says Nicholas Negrete, Dean of Student Affairs, who helped launch the program with Laura Kiralla, Vice President of Campus Life, Erica Javizdad, Director of Student Activities, and the Students’ Union. “It was designed as an open-access pantry for all enrolled Otis College students who need support around such basic needs as food—no questions asked.”

In 2012, the College and University Food Bank Alliance counted just 15 such food pantries on college campuses; this year, there are more than 700. A survey by the Hope Center for College, Community, and Justice found that 45% of the 86,000 students polled said they had experienced food insecurity. The idea that students on college campuses are getting all of their basic needs taken care of is an assumption that students’ rights advocates say needs to be corrected.

Located in the parking garage (in the same room as the bike rack), the Otis College Food Pantry is stocked with non-perishable food items such as protein bars, fruit cups, canned soups, and peanut butter, as well as toiletries like toothpaste and deodorant. Students can access the Food Pantry at all hours using their one-card. It is managed by Student Activities and maintained by student employees who work in the Office of Student Activities. “We were able to launch the pantry initially through a generous donation from one of our Trustees, Kirk Hyde, and it is an effort that continues to be supported through food donations from the community, including faculty, staff, and other students,” Negrete says.

Students have expressed to Negrete how the Food Pantry has impacted their lives. “They shared the amount of stress they have experienced not knowing where their next meal will come from, and if they will have enough to eat,” Negrete says. “As a result of the pantry, they have been able to focus on their academics without being worried about how they will eat.” Some students admitted that they sometimes opt to buy art supplies instead of food. “The pantry allows them to not have to make those difficult decisions.”

Negrete adds that the Food Pantry is always in need of donations—financial as well as food. “The overall need among students is large, and we are committed to keeping the pantry as stocked as possible throughout the academic year,” he says. Last month there was a food drive during National Homelessness and Hunger Awareness Week that benefitted the Food Pantry. Boxes located throughout campus collected donations of non-perishable food and toiletries to re-stock the pantry. And this week, as part of Giving Tuesday, a fundraising campaign has been launched for the Food Pantry, where donations can be made directly to the program. Just $10 stocks a shelf in the pantry for one day; $100 stocks it for an entire month. If you are interested in helping support the Otis College Food Pantry, you can donate here.