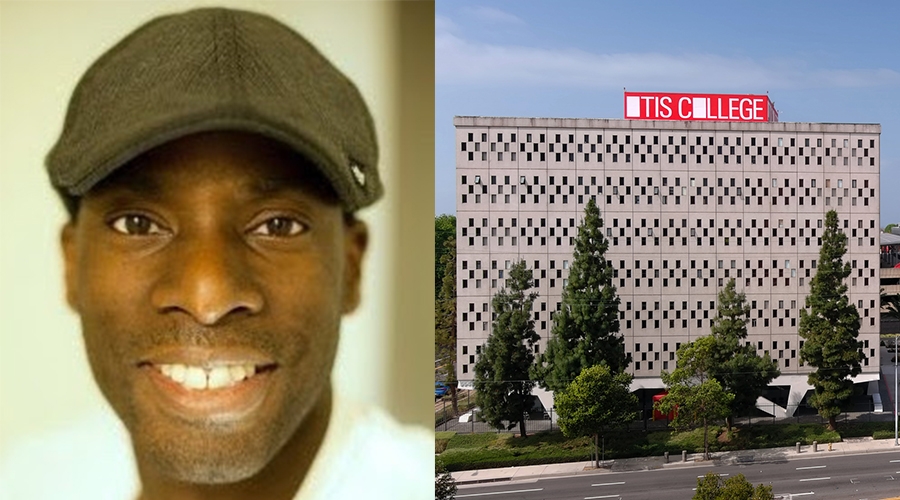 “The plus side of [game design] skills is that they translate into careers for the next frontier of real-time development jobs,” says the industry veteran and educator.
Anna Raya

Otis College of Art and Design is excited to announce the appointment of industry veteran and educator Joffery Black as Chair of its new Game Design program. Black started in his new role on Monday, August 8. His appointment follows that of Ron Bernard as Chair of Animation, after the College restructured the Digital Media program into separate Game Design and Animation BFA degrees (while maintaining the existing area of emphasis in Motion Design).

“We are confident that Joffery’s extensive experience in the game design field, coupled with his student-centered and mission-driven focus, will result in transformational outcomes that are consistent with the College’s core commitments,” says Provost Jiseon Lee Isbara.

Black hails from Phoenix, Arizona and, as a military veteran studying on the G.I. Bill, earned a B.F.A. in Digital Arts from Arizona State University; he also has a M.S. in Digital Marketing from Full Sail University in Florida. He spent over eight years at Heavy Iron Studios, working on games based on such popular IP as Nickelodeon’s Spongebob Square Pants and Disney/Pixar’s The Incredibles. In the industry, he has worked as a modeler, texture artist, lighter, and illustrator in games, feature development, and animation. More recently, he expanded his background to include augmented and virtual reality (AR/VR), including at Spaces, a VR startup that was acquired by Apple in 2020. A vocal advocate for his industry, Black also has hosted and/or moderated live events on topics including gaming and AR/VR for companies like Meta and Epic Games.

As an educator, Black helped build and lead the Animation and VFX programs at the Los Angeles Film School, preparing students for careers in animation, VFX, and game-related industries.

When he started at Heavy Iron Studios he was the only African American illustrator on staff, which is why he has always centered inclusion and representation in his professional and educational work. “I am very happy to be joining Otis, an institution whose history is steeped in a rich and diverse art education,” he says.

Read below for more on Black’s vision for the Game Design program and the exciting and broad career opportunities it will open up for Otis students.

What was it about the new Game Design Chair role that attracted you to Otis College?

The Game Design Chair role was an opportunity to take my experience and build a program with resources from a historically outstanding art and design school. I look forward to working with the faculty and staff at Otis to create a program that has a rich curriculum for students.

What are your immediate goals for the new Game Design program at Otis College? What are your longer-term goals?

The first goals for the program are to establish and build a culture with the Game Design program faculty and future students. It’s important for the program to have a strong identity and to define what Game Design at Otis will be known for. People want to attend a program that aligns with their values and goals. In the long term, I see the program having relationships with companies and businesses within the industry to help students become more successful.

How will you and other faculty in the program ensure Otis students are on the cutting edge of a field as dynamic as game design?

The skills in Game Design have expanded to multiple sectors of the industry. Keeping the staff excited about teaching new software and building a curriculum that is relevant is important, as is enticing industry professionals—who can provide relevant experience to educate students—to be a part of the program as well.

What can the Game Design program offer a Foundation student deciding on their major at Otis?

The program will give students an opportunity to learn practices and techniques that have been part of the game industry for the last decade. The plus side of these skills is that they translate into careers for the next frontier of real-time development jobs such as mobile and console games, VR and AR, virtual production, and Web 3.0 and the metaverse.

Why is studying game design in Los Angeles so advantageous for Otis students?

Los Angeles has been the beginning and hub for many parts of the entertainment and tech industry. So many things happen here. Studying in Los Angeles not only provides many opportunities for a career, but there is a rich history of film, games, art, and tech that was established either in L.A. or not too far from here.

What types of jobs in game design can an Otis College student prepare for?

The obvious ones are game studio jobs, but it doesn’t stop there, as the same skills used in the studio provide opportunities in the VR/AR sector, virtual production for film and streaming, Web 3.0- and metaverse-related, blockchain development, A.I. art-based projects, and many more.

What are some of the most exciting things happening in the game design industry right now?

Web 3.0 and the metaverse will open up many opportunities for this field. VR/AR is another industry that expands beyond games and into other industries, such as automotive and prototyping. Virtual production for film and streaming is very exciting too!

What do most people not understand about working in the field of game design?

You need a team to accomplish a large part of making a game, which is something that is commonly misunderstood. Unlike film, where one person can have an idea that becomes a script, you need quite a few people to create a game.

Is there anything else you’d like the Otis Community to know about you?

One of my biggest passions is being a youth basketball coach and trainer. Also, I have been a guitar player for 30-plus years and have a deep love for jazz and many forms of music.