In celebration of its Centennial, Otis College of Art and Design will host a series of conversations with world-renowned artists and thinkers, funded through a generous gift from Mandy and Cliff Einstein. The series will provide Otis College students an opportunity to learn and engage directly with major figures in the art world today.

“As a trustee of both Otis College and The Museum of Contemporary Art (MOCA) I am keenly aware of the added value and the lasting impression we get when an artist is present to discuss their work. Mandy and I are so fortunate to have engaged with hundreds of artists throughout our years of collecting and supporting exhibitions. We are even more fortunate to be able to provide this opportunity for others in this exciting new program from Otis,” said Cliff Einstein about the series.

Four public talks have been scheduled for the Spring 2019 semester with each invited guest spending additional time with BFA and MFA Fine Arts students during their visit. Spring 2019 guests include Elmgreen & Dragset, Zoe Whitley, Kara Walker, and Edgar Heap of Birds. Additional speakers will be announced for visits in Fall 2019. 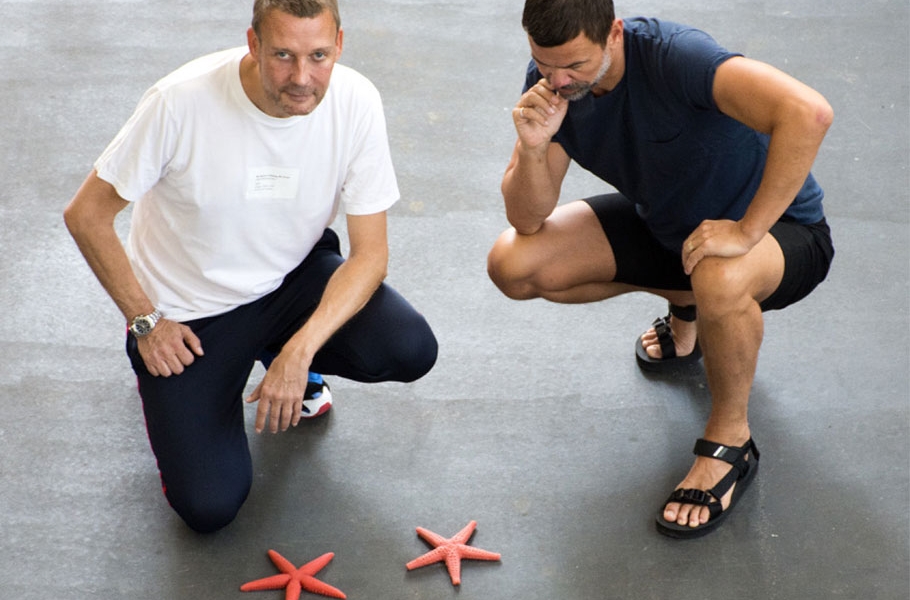 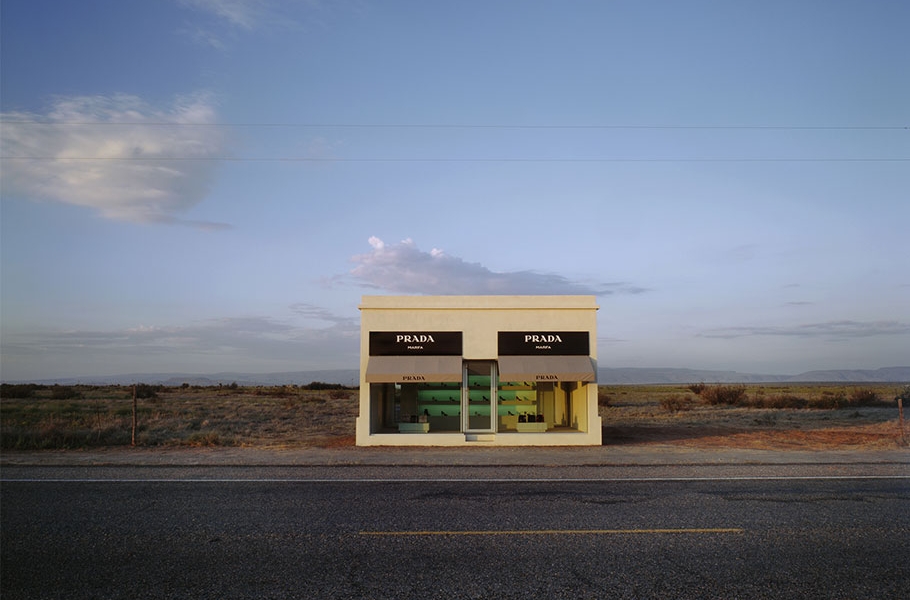 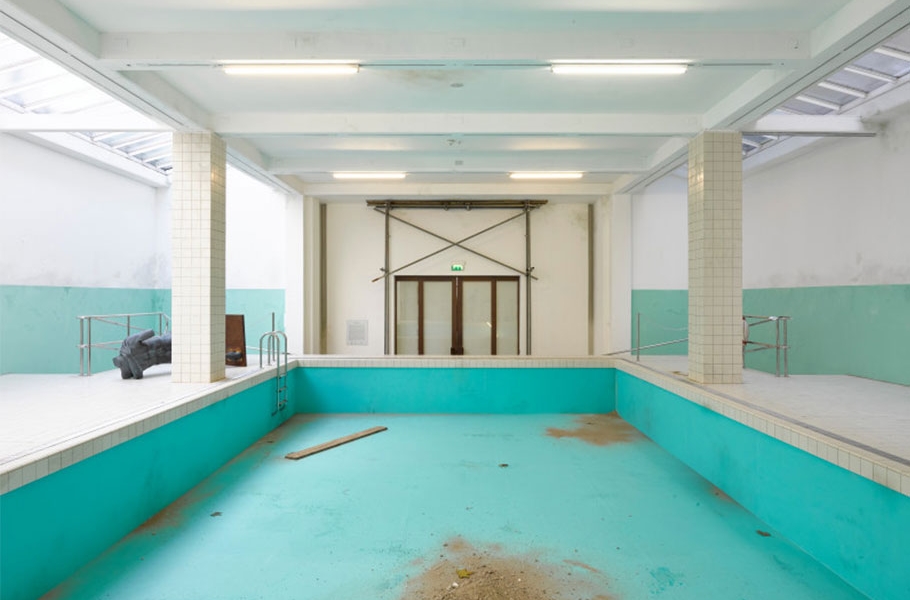 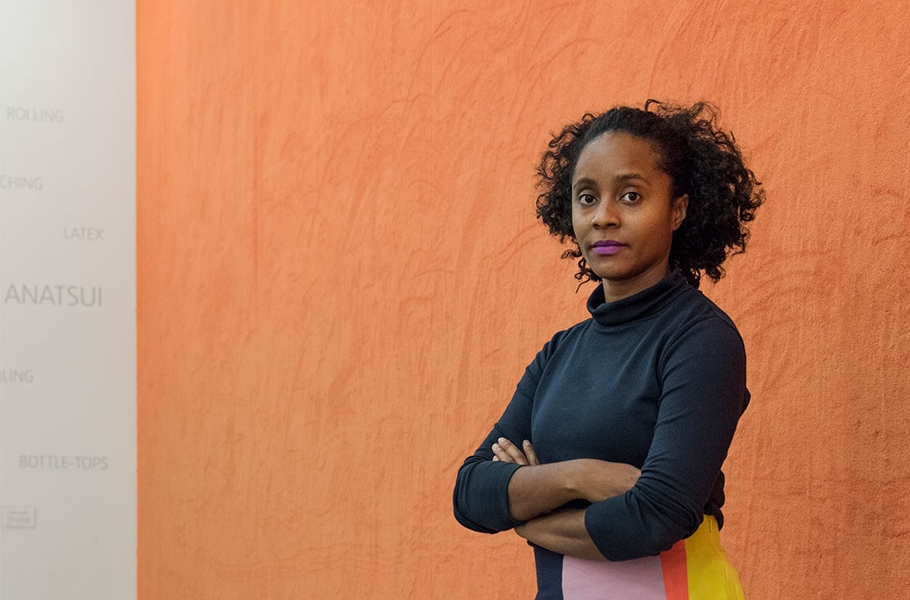 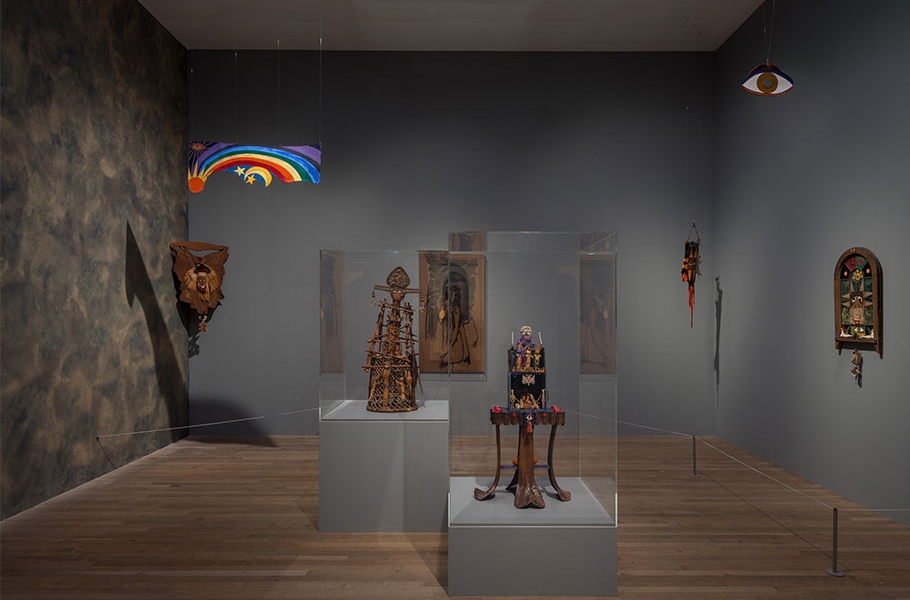 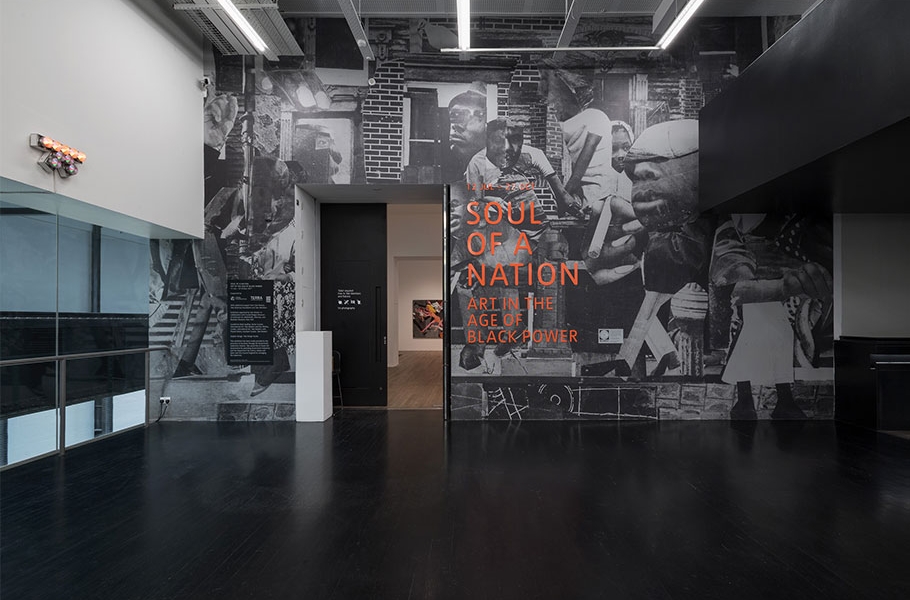 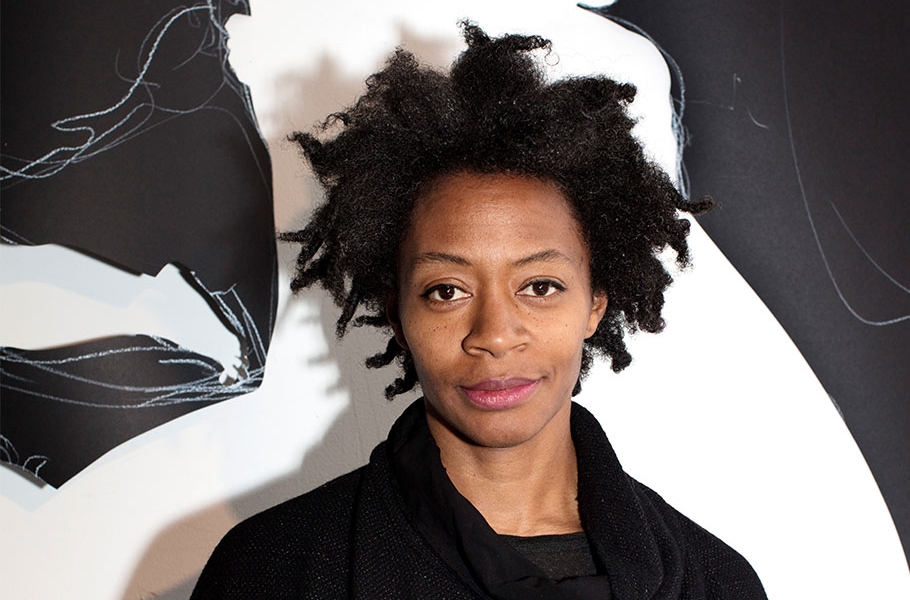 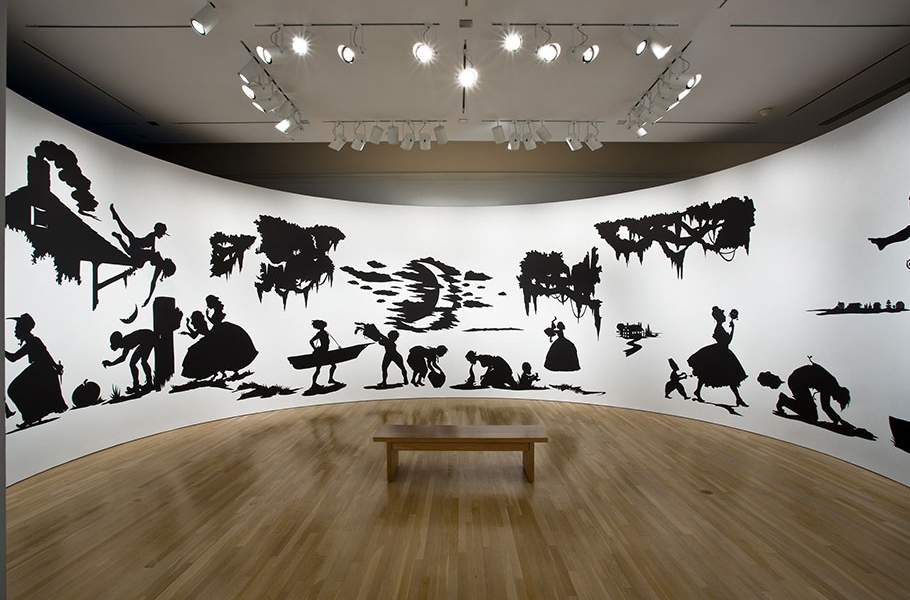 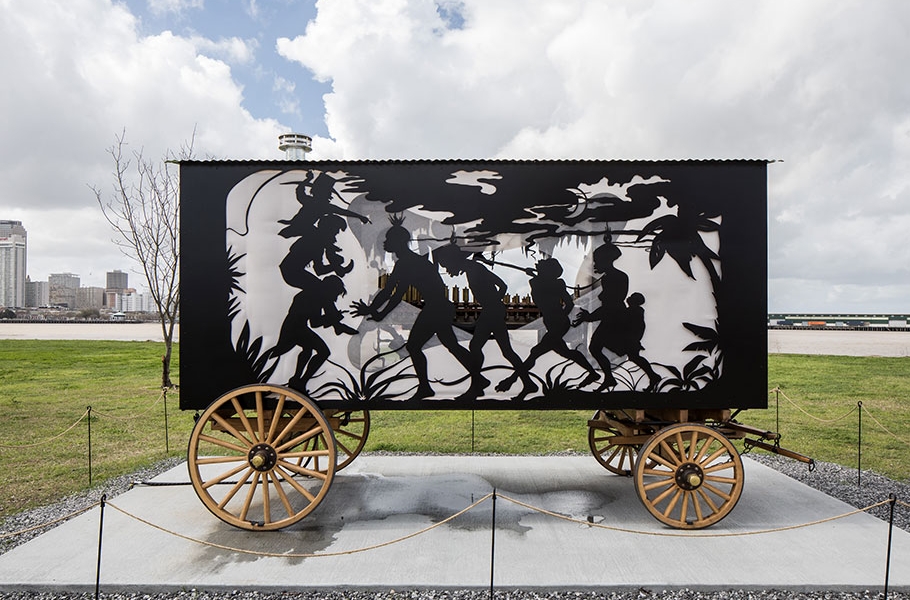 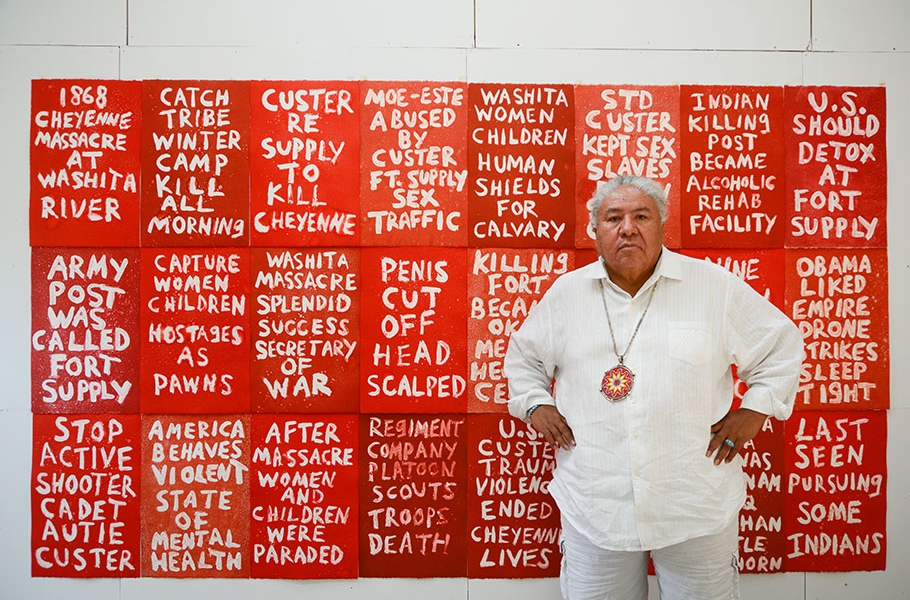 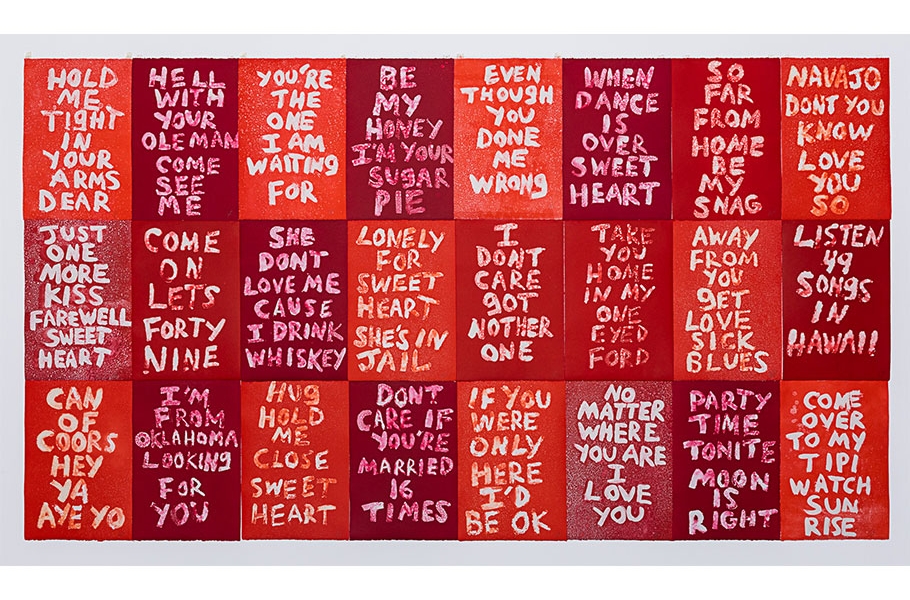 Elmgreen & Dragset: From 'This Is How We Bite Our Tongue' at Whitechapel Gallery

Zoe Whitley: From 'Soul of a Nation'

Zoe Whitley: From 'Soul of a Nation'

Kara Walker: My Complement, My Enemy, My Oppressor, My Love. Photo-Joshua White.

“I am thrilled that Mandy and Cliff have chosen to support Otis College through this visiting artist series. Giving our students access to a number of high profile artists working today, is crucial to our mission of dialogue with the greater art community. We look forward to the conversations that will happen on campus this Centennial year as a result of their generosity,” said Bruce W. Ferguson, president of Otis College.

During the Spring 2019 semester the following public talks will occur as part of the series:

Zoe Whitley
Monday, March 25, 2019 at 7pm
Public Talk in the Forum at Otis College of Art and Design

Edgar Heap of Birds
Thursday, April 18, 2019 at 7pm
Public Talk in the Forum at Otis College of Art and Design

Michael Elmgreen and Ingar Dragset have worked as a duo since 1995. They live and work in Berlin, Germany. Elmgreen & Dragset have been working together since 1995 at the crossroads of art and architecture, performance and installation. Preoccupied with objects and their settings, and the discourse that can arise when those objects are radically recontextualized, Elmgreen & Dragset push against the normal modes for the display of art. Whether presenting sculptures or total environments, their work draws attention to the institutions that host them and their attendant politics. Elmgreen & Dragset’s outdoor public sculpture recontextualize the surroundings in which they are located, such as well-known projects like Van Gogh’s Ear at Rockefeller Plaza in New York or Prada Marfa along Highway 90 in the middle of the Texan desert.

Dr. Zoe Whitley is Curator, International Art at Tate Modern in London, as well as curator attached to the British Pavilion for the 58th Venice Biennale. She earned her PhD supervised by artist Professor Lubaina Himid. Zoe recently curated ARTIST ROOMS: Jenny Holzer at Tate Modern and co-curated the acclaimed Tate exhibition Soul of a Nation: Art in the Age of Black Power, on view at the Broad Los Angeles from March 23rd 2019. Prior to joining Tate, where she was also previously Curator, Contemporary British Art at Tate Britain, Zoe was a curator at the V&A (2003-2013). Exhibitions to her credit also include curating the 10th anniversary special projects at the Johannesburg Art Fair (2017).

New York-based artist Kara Walker is best known for her candid investigation of race, gender, sexuality, and violence through silhouetted figures that have appeared in numerous exhibitions worldwide.  Walker studied at the Atlanta College of Art (BFA, 1991) and the Rhode Island School of Design (MFA, 1994). She is the recipient of many awards, notably the John D. and Catherine T. MacArthur Foundation Achievement Award in 1997 and the United States Artists, Eileen Harris Norton Fellowship in 2008. Walker is a member of the American Academy of Arts and Letters (elected 2012) and American Philosophical Society (elected 2018). Her work can be found in museums and public collections throughout the United States and Europe including The Solomon R. Guggenheim Museum, New York; The Museum of Modern Art, New York; The Metropolitan Museum of Art, New York; The Tate Gallery, London; and the Museo Nazionale delle Arti del XXI Secolo (MAXXI), Rome. Kara Walker currently lives and works in New York City and is the Tepper Chair in the Visual Arts at Rutgers University Mason Gross School of the Arts.

Edgar Heap of Birds is a multi-media artist whose works range from drawings and paintings to monumental outdoor sculpture. Best known for his use of the written language, his pieces often incorporate short, sharp, painted messages. He “wields words like weapons,” wrote Art in America in a 2017 cover story about his life and his work. “The pithy phrases he scrawls on paintings and monoprints are searing indictments, calling out state violence against indigenous people.” Heap of Birds’ work also has been exhibited at the Museum of Modern Art, Whitney Museum of American Art, the National Museum of the American Indian, the National Gallery of Canada, the Metropolitan Museum of Art, Museum of Contemporary Art Australia and documenta in Kassel, Germany. He has received grants and awards from the National Endowment for the Arts, the Rockefeller Foundation, the Louis Comfort Tiffany Foundation, the Wallace Foundation, the Bonfils-Stanton Foundation and the Pew Charitable Trusts. He was named a USA Ford Fellow in 2012. He is currently professor emeritus in the Department of Native American Studies at the University of Oklahoma.