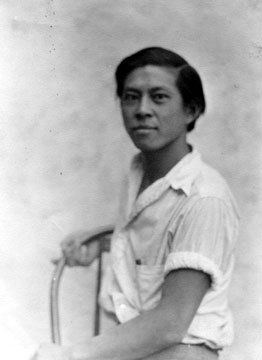 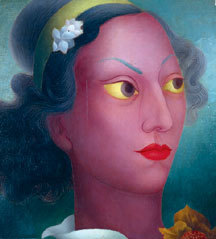 Born in Riverside, CA in 1904, Benji Okubo (‘29, Fine Arts) became renowned as a noted painter of Japanese ancestry. He was active in L.A. from the ‘20s through the ‘40s. As one of many American-born children of immigrants, Okubo expressed himself through art and enterprise. in 1935,the epicenter of this activity was the Dragon's Den, a Chinatown restaurant for which owner Eddy See commmissioned a remarkable mural painted by Okubo, Tyrus Wong ('32) and Marian Blanchard, that depicted the Eight Immortals and a dancing dragon. Celebrities like Walt Disney and the Marx Brothers came to see the murals, and See opened a small gallery to sell his friends’ work.

During the ‘30s, the WPA brought students together with nationally-known artists such as Stanton McDonald-Wright.

Today the Japanese American National Museum in L.A., through an NEA grant, supports the conservation of Okubo's paintings.