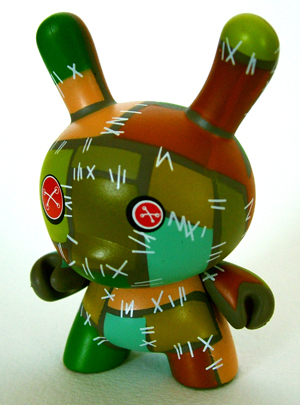 Having grown up on an island in the Seattle area, Blaine “Fontana” Hogg made his way through Otis and received top honors with the “Best in Show” award.

While still in school, he worked as an art director at a cutting edge design firm (Abound LLC.) and also at a fashion/lifestyle magazine (Metro.Pop); he has since worked as an Art Director for a young men’s apparel company (Drifter). In January of 2003 he opted for self-employment as a fine artist and designer. “I wanted to put my own voice and vision out there,” says Fontana, “so I left the company and starting working on my own projects. I haven’t looked back.” ...

Fontana’s work is featured in a monograph that samples his work from 2002-2006. Drawing on elements and experiences as diverse as Asian calligraphy, found objects, and the vibrant color palette of graffiti, Fontana integrates the urban and the natural worlds. His particular vision invokes religious myths, worldly folklore and contemporary social observations that result in work that harmoniously integrates the organic and inorganic, the physical and metaphysical, order and chaos.

Fontana’s freelance lifestyle affords him some extra time to commit to RTEA (Reaching To Embrace Arts), an L.A. organization that raises money to buy supplies and fund art programs for seven inner-city elementary schools. Fontana has worked as an art director/curator and web master. “I became aware of the tremendous under-funding of art programs in our public schools,” says Fontana. “RTEA is helping the next generation get the encouragement they need. Art opens a young person’s mind to the things that are beautiful in this world. Art programs help round out a person’s life experience. My life has been better because of art, and I want to share this opportunity with others.” 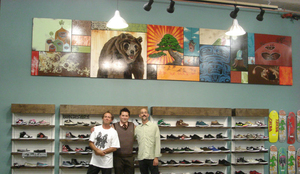