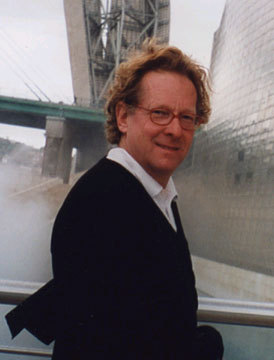 Born in 1947, Bryan Hunt ('71) was raised in Terre Haute, Indiana, and studied architecture in Florida. He moved to California and earned his BFA at Otis, and then attended the Whitney Museum's Independent Study Program. ...

Best known for his cast-metal sculptures that translate the movements of streams, rivers and waterfalls into freestanding abstractions, Hunt also has created a series of sculptures titled "Airships," which resemble dirigibles. Constructed from thin ribs of spruce or balsa wood, these sculptures are sheathed in layers of silk paper and metal leaf and installed at a right angle a few feet below the ceiling. These streamlined zeppelins seem to float, awaiting takeoff.

He has had solo exhibitions at museums from Tokyo to Dusseldorf and Zurich, and his work is represented in major museum collections such as the Metropolitan Museum of Art, N.Y., the Museum of Modern Art, N.Y., and The Hirshhorn Museum, Washington D.C. 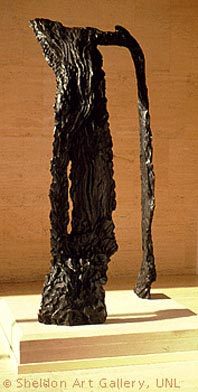