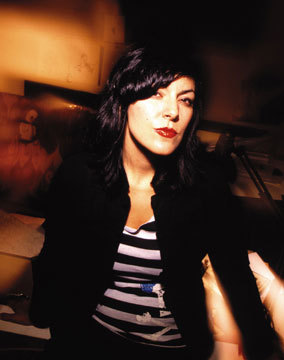 Camille Rose Garcia ('92) has built an acclaimed body of work that has been exhibited at the Merry Karnowsky Gallery and the Grand Central Art Station (CSU, Fullerton) in Los Angeles, the Roq la Rue Gallery in Seattle, and the Jonathan LeVine Gallery in N.Y.C.

Often using narrative and fairytale structures, her work is recognized by its gorgeously eerie dystopias. Her upbringing in the shadow of Disneyland and sunny Orange County fueled her disenchantment with society, leading her toward subversive art and music. ...

Influenced by authors Phillip K. Dick and William Burroughs, as well as politically conscious bands like The Clash and Dead Kennedys, Garcia’s depictions of cartoon children living in wastelands are critical commentaries on the failures of capitalism. Her works examine themes of decadence, denial and illusion within the framework of Empire.

Regarding her brutally honest work, Garcia notes, “The Earth is older than humans and will rebound, but the fate of our species seems to be precarious at best. I try to be positive and use humor in my work, even while knowing this.”

Garcia's work has appeared in Modern Painters, Juxtapoz, Rolling Stone, Flaunt, and Blab magazines, and in The Saddest Place on Earth. Her work is in the permanent collections of LACMA and the San Jose Museum of Art.

One reviewer of her book succinctly reports that “Nightmarish and beautiful, [Garcia is] one of the most unique and hauntingly original artists of our time.” 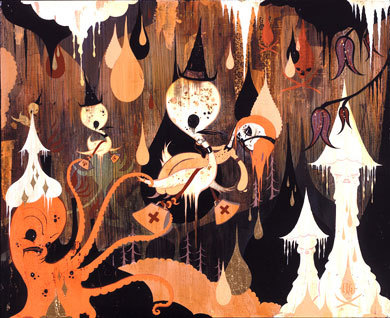 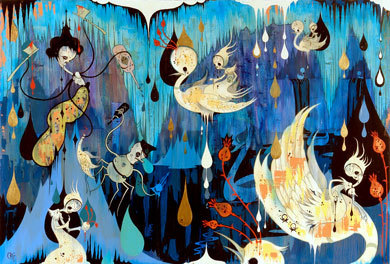 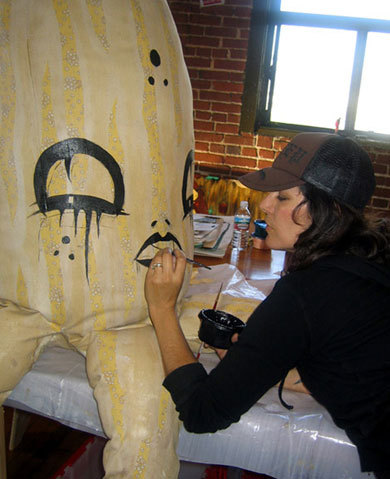