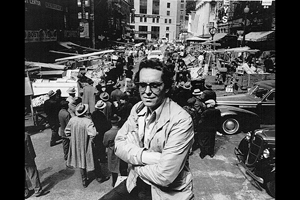 Identifying Dean Tavoularis (‘55, Fine Arts) as Francis Ford Coppola’s production designer does not fully encapsulate his design career in and beyond Hollywood. His rich collaboration with Coppola led to such classics as The Godfather films, Apocalypse Now, The Conversation, One From the Heart, Rumble Fish, The Outsiders, Tucker, and New York Stories. ...

According to Tavoularis, “when I was young, I attended art school, [but] there were no film schools to speak of then, though this was L.A. I went to movies and lost myself in them. Their settings registered but I was not aware of art direction in film and I never said to myself: “This is what I want to do.”

“Very often with Dean,” remembers Coppola, “even early on when I didn’t know if I agreed with him, I learned that his instincts were very good and that later on I would like very much his idea even if it wasn’t immediately something I liked."

“He attained a higher reality, that of poetry,” notes writer Jean-Paul Scarpitta. “Any form of spectacle is for him a visual feast, a challenge, and a source of inspiration. In his art, he doesn’t dwell on magic, visual deception, optical illusion, or unreality... His penetrating eyes allow him to watch and feel things deeply, which leads him to capture what others are not privy to see: the gimmicks, the artifices, the tricks, the element of life upon which the veil of illusion is cast. In his mind there is a clear parallel between painting and cinema, in that he considers one and the other as different yet compatible means to create an illusory world which only exists in a dimension of its own." 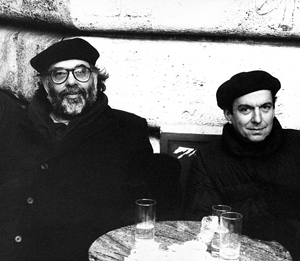 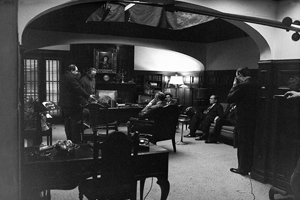