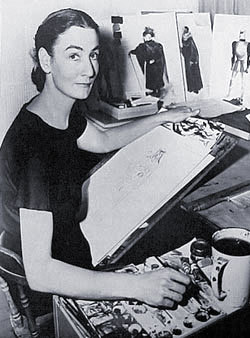 Academy-award winning costume designer Dorothy Jeakins ('36) (1914-1995) began her career as an illustrator at Disney studios after studying at Otis. Her costume sketches are considered works of art. She then did fashion illustration for I. Magnin’s advertising department, where her sketches caught the eye of a studio director. He recommended her as co-designer for Joan of Arc, for which she was awarded the first-ever Oscar® for costume design. ...

She went on to win Academy Awards for Samson and Delilahand The Night of the Iguana. Among her other credits are South Pacific, The Sound of Music, The Ten Commandments, Finian’s Rainbow, True Grit, Little Big Man, Young Frankenstein, The Postman Always Rings Twice, and The Dead. One of the most versatile costume designers in the film industry, Jeakins received a Guggenheim grant to the Orient, and had a lifelong interest in ethnic and tribal costumes. In 1967, she became Curator of the Textile and Costume Department at the Los Angeles County Museum of Art. 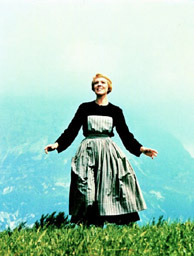 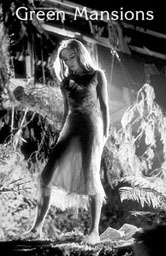