Fine Arts alumna Eleana Del Rio ('89) grew up in the San Fernando Valley and found herself inexplicably drawn to the arts; there was no one in her family who had been in the art world. She now directs the Koplin del Rio Gallery in the vital Culver City Art District "

While a student, whe worked at Otis' gallery and decided to major in fine arts. She recalls her traditional Mexican parents asking: "Does that mean you’ll have a job?" ...

After graduation, she began working at West Hollywood’s Koplin Gallery. Says Del Rio, "I figured if I were to be a working artist, I’d better know something about the business." Unbeknownst to her, that beginning would turn into an artistic and entrepreneurial partnership with owner Marti Koplin that would last a dozen years and further the careers of countless artists, including fellow alumni Kerry James Marshall, Sandow Birk, Mineko Grimmer, and Peter Zokosky.

In 2003, Del Rio became the owner, and she co-joined their names to create the Koplin Del Rio Gallery. "The idea of working with and developing other artists has been both challenging and fascinating. But looking back, I never said 'Ooh, I really want to be an art dealer!' I just remained open and receptive to all possibilities, because you don’t necessarily know what your path will be." 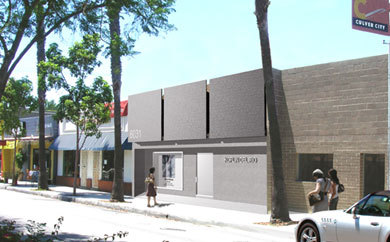