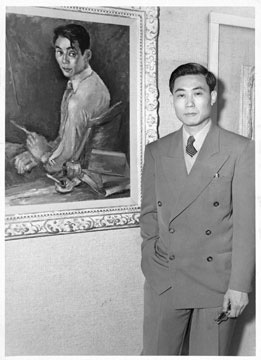 George Chann (‘45, Fine Arts) was born in Canton, China in 1913 and at age twelve, he emigrated with his father to California. With a solid training in Impressionist techniques, Chann painted poor blacks, Chinese, and Mexicans, especially the aged and the orphaned. He is best known for Chinese calligraphy-incorporated abstract expressionist paintings, which he began producing in the ‘50s ...

His own art gallery displayed not only his own work, but also jewelry and Chinese artifacts, including calligraphy and rubbings taken from oracle bones, bronze vessels and steles. Chann worked every day at the easel in the back room of his shop for 40 years, though he sold little of his work. After he died in 1995, his social realist paintings gained recognition.

A series of Chann’s paintings involved scenes from the Bible. He donated 250 works to the Crystal Cathedral in Orange County, where they are permanently displayed. 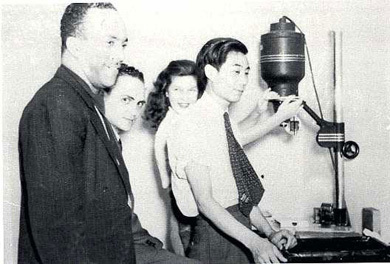 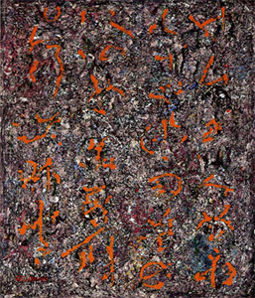